WASHINGTON – When three federal judges last month blocked Alabama’s new Republican-backed map of U.S. congressional districts as likely discriminatory against Black voters, they said they were applying “settled law” and that the outcome was not even close.

An increasingly assertive conservative-majority U.S. Supreme Court disagreed. The justices froze the lower court’s ruling and allowed Alabama to use the contested map of the state’s seven U.S. House of Representatives districts for the Nov. 8 midterm elections in which Republicans are seeking to regain control of Congress from President Joe Biden’s fellow Democrats.

Monday’s 5-4 decision signals a potential further weakening of the Voting Rights Act. The landmark 1965 federal law for decades has been used to counter racially biased actions in voting and drawing electoral districts including those intended to dilute the clout of Black and Hispanic voters and maximize the power of white voters.

The court will hear Alabama’s arguments in the case this autumn. The eventual ruling, due by the end of June 2023, could make it harder for courts to consider race when determining whether an electoral district map violates a provision called Section 2 of the Voting Rights Act that bars voting practices that result in racial discrimination, legal experts said.

“If the court accepted Alabama’s argument, that would be the end of Section 2 as we know it,” said Harvard Law School Professor Nicholas Stephanopoulos, an expert in redistricting.

“It would become far harder for plaintiffs to win Section 2 cases, and states could eliminate many existing minority opportunity districts without violating the statute,” Stephanopoulos said, referring to districts in which minorities have a better chance of electing lawmakers of their choice.

The Supreme Court has chipped away at the Voting Rights Act, beginning with a 2013 ruling striking down a key part that determined which states with a history of racial discrimination needed federal approval to change voting laws. In a 2021 ruling endorsing Republican-backed Arizona voting restrictions, the justices made it harder to prove violations under Section 2.

Districts in the 435-seat House are reconfigured every decade to reflect national population shifts. The latest redistricting https://www.reuters.com/legal/government/us-redistricting-legal-battles-that-could-affect-control-congress-2022-02-08 follows the 2020 census.

Republicans have said the consideration of race in drawing electoral maps must be limited. Democrats have accused Republicans of exploiting majorities in state legislatures to devise electoral maps that lessen the power of Black and other minority voters, who tend to support Democratic candidates.

The Alabama case is one of two major race-related disputes the Supreme Court, with its 6-3 conservative majority, already is due to hear in its coming term. The other one gives the conservative justices a chance to end affirmative action policies used by colleges and universities to increase their numbers of Black and Hispanic students. All this comes as Biden is preparing to nominate the first Black woman https://www.reuters.com/world/us/retiring-us-justice-breyer-appear-with-biden-white-house-2022-01-27 to serve on the Supreme Court, to replace retiring liberal Justice Stephen Breyer.

The challengers in Alabama – including two groups of Black voters and the Alabama NAACP civil rights organization – contend that the Republican legislature designed the map to confine Black voters’ power to a single district even though the statewide population is 27% Black.

The lower court judges agreed, finding that under Supreme Court precedent an additional district where Black voters constitute the majority or close to it would be justified based on their population and geographic proximity, among other factors.

Alabama said its legislature adopted a map that used “race-neutral” criteria and that the lower court’s remedial order would itself be racially discriminatory. Alabama has said Section 2 is not meant give minorities a “race-prioritized” electoral advantage.

State Attorney General Steve Marshall, a Republican, said the lower court’s order “would have unconstitutionally divided Alabamians based on race” while dividing “long-recognized communities centered on the Gulf Coast’s unique economy and culture.”

Jason Torchinsky, a Republican elections expert, said the Supreme Court now has the chance to bring sorely needed clarity to the redistricting process. Torchinsky noted that “in many places around the country we’re not seeing the kinds of racially polarized voting that we saw 50 years ago.”

Chief Justice Roberts, breaking from the court’s five other conservatives, joined the three liberal justices in dissenting on Monday.

In her dissent, liberal Justice Elena Kagan rejected Alabama’s assertion that the lower court impermissibly prioritized race in favoring the challengers. Kagan wrote that the Supreme Court’s own test formulated in 1986 for gauging racial bias in electoral maps requires lower courts to consider race in deciding whether a minority group could constitute the majority in a newly drawn district.

Related:  Hertz ties up with BP for EV charger installations in North America

(Reporting by Andrew Chung and Lawrence Hurley; Editing by Will Dunham and Scott Malone) 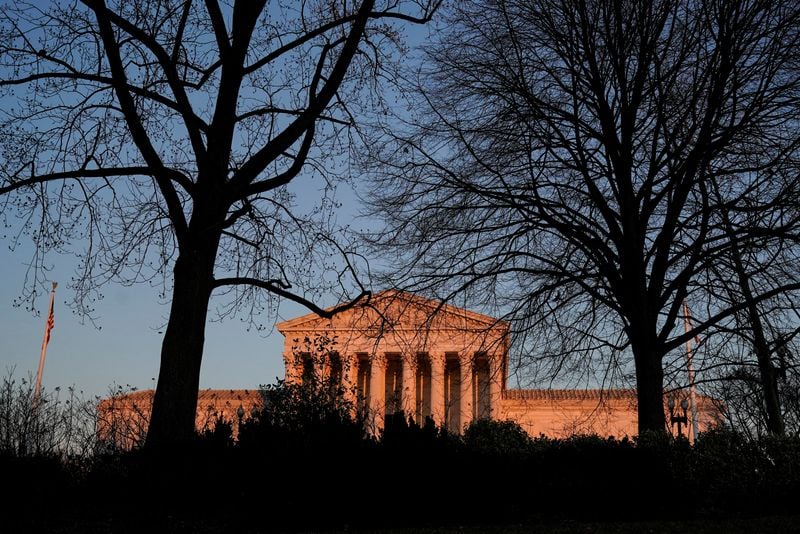