Under pressure from regulators, Tesla last week agreed to recall about 54,000 U.S. vehicles to revise software to prevent vehicles from disregarding stop signs. Tesla Chief Executive Officer Elon Musk said on Twitter last week “there were no safety issues” with the function.

Tesla has been testing the improved version of its automated driving software on public roads, but the carmaker and the National Highway Traffic Safety Administration (NHTSA) have said the features do not make the cars autonomous.

Tesla faces a number of other investigations.

“These complaints and investigations paint a troubling picture: Tesla repeatedly releases software without fully considering its risks and implications, creating grave dangers for all on the roads,” the senators said, asking Musk to answer a series of questions by Feb. 22 regarding its design and programming decisions.

In November, Tesla recalled https://www.reuters.com/business/autos-transportation/tesla-recalling-nearly-12000-us-vehicles-over-software-communication-error-2021-11-02 nearly 12,000 U.S. vehicles sold since 2017 for another software update because a communication error could cause a false forward-collision warning or unexpected activation of the emergency brakes.

NHTSA said last week it was reviewing complaints from consumers that Tesla vehicles were activating the brakes unnecessarily.

NHTSA last month sought additional information from Tesla in its probe into 580,000 vehicles over the automaker’s decision to allow games https://www.reuters.com/technology/tesla-stop-games-infotainment-screens-moving-cars-ap-2021-12-23 to be played by passengers on the front center touch screen.

In August, NHTSA opened a formal safety probe into Tesla’s Autopilot in 765,000 U.S. vehicles https://www.reuters.com/business/autos-transportation/us-opens-formal-safety-probe-into-tesla-autopilot-crashes-2021-08-16 after about a dozen crashes involving Tesla models and emergency vehicles.

In their letter, Blumenthal and Markey asked about specific safety features. “Are all Tesla vehicles that come with Autopilot or FSD capabilities equipped with an effective camera-based driver monitoring system” to prevent misuse, they asked.

(Reporting by David Shepardson in Washington; Editing by Mark Porter and Matthew Lewis) 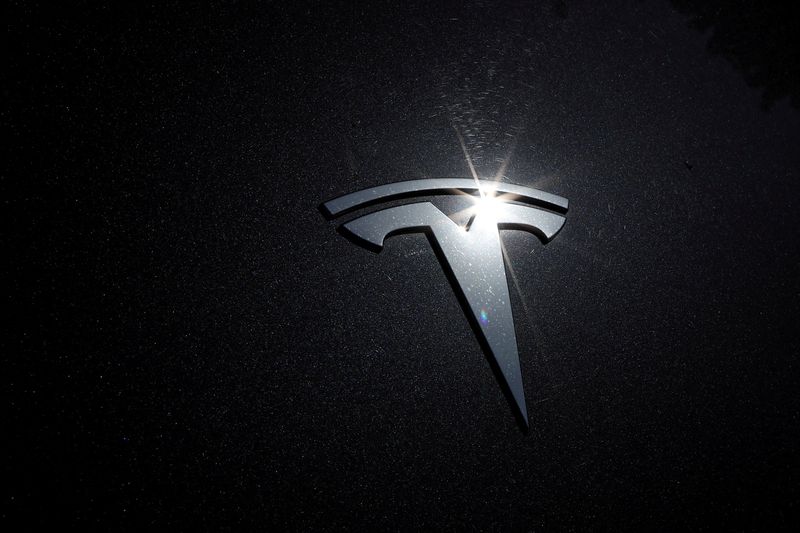 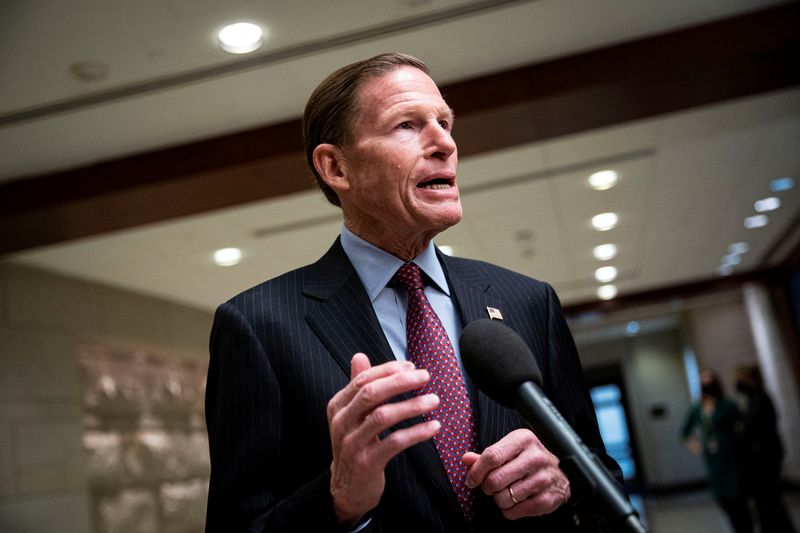