By Ahmed Rasheed and John Davison

BAGHDAD – The next leader of Islamic State is likely to be from a close circle of battle-hardened Iraqi jihadists who emerged in the aftermath of the 2003 U.S. invasion, two Iraqi security officials and three independent analysts said.

The group of potential successors to Abu Ibrahim al-Quraishi, who blew himself up during a U.S. operation to capture him in Syria last week, includes one commander whom Washington and Baghdad declared killed last year, the Iraqi officials said.

The death of Quraishi, 45, was another crushing blow to IS two years after the violent Sunni Muslim group lost longtime leader Abu Bakr al-Baghdadi in a similar raid in 2019.

Quraishi, an Iraqi, never publicly addressed his fighters or followers, avoided electronic communications and oversaw a move to fighting in small devolved units in response to intense pressure from Iraqi and U.S.-led forces.

But those following Islamic State closely expect it to name a successor in coming weeks, as the group which imposed brutal rule over vast swathes of Iraq and Syria from 2014 to 2017 continues a stubborn and deadly insurgency INSIGHT-Islamic State hits back, aided by power vacuum in Iraq and Syria in the Middle East.

Fadhil Abu Rgheef, an Iraqi expert who advises its security services, said there were at least four possible successors.

“These include … Abu Khadija, whose last known role was Iraq leader for Islamic State, Abu Muslim, its leader for Anbar province, and another called Abu Salih, of whom there’s very little information but who was close to Baghdadi and Quraishi,” he said.

“There’s also Abu Yassir al-Issawi, who is suspected to be still alive. He’s valuable to the group as he has long military experience.”

Issawi’s death in an air strike in January 2021 was reported at the time by both Iraqi forces as well as the U.S.-led military coalition fighting Islamic State in Iraq and Syria.

But an Iraqi security official confirmed there were strong suspicions Issawi is still alive. “If he’s not dead he’d be a candidate, he’s tried and tested in planning military attacks and has thousands of supporters,” the official said.

The official added that Islamic State was likely carrying out a security sweep for potential leaks that led to the death of Quraishi before convening to choose or announce a successor.

Hassan Hassan, editor of New Lines magazine which has published research on Quraishi, said the new leader would be a veteran Iraqi jihadist.

“If they choose one in the coming weeks they’ll have to choose someone from among the same circle … the group that was part of the Anbari group which operated under (the name) ISIS since the early days,” he said.

Islamic State emerged from the militants that waged an increasingly Sunni Islamist, sectarian-driven insurgency against U.S. troops and Iraqi forces after 2003.

The Islamic State of Iraq, also known as al Qaeda in Iraq, was an offshoot of the global al Qaeda organisation of Osama Bin Laden and the precursor to ISIS, which took shape in the chaos of Syria’s civil war across the border.

Baghdadi and Quraishi, both members of al Qaeda in Iraq from the start, did time in U.S. detention in the mid-2000s. In contrast, none of the four potential successors to Quraishi had been captured by U.S. forces, one security official and one army colonel told Reuters.

Officials and analysts in various countries agree Islamic State is under more pressure than it’s ever been and will never restore its self-styled caliphate. But they are divided on how significant a setback Quraishi’s death is for the group.

Some say the fight against ISIS will suck in the United States and its allies for years to come as it develops into a permanent insurgency with new leaders ready to take the reins.

“In Syria, Islamic State units work as a devolved network of individual groups in order to avoid them being targeted. We don’t therefore believe that Quraishi’s death will have an enormous impact,” one of the Iraqi security officials said.

Since their territorial defeat in Iraq in 2017 and Syria in 2019, Islamic State leaders have found it increasingly easy to move between the two countries, helped by a gap in areas of control between different armed forces, some officials say.

Security and military officials said the 600 km (372 mile)long border with Syria made it a very hard for Iraqi forces to prevent militants infiltrating via underground tunnels.

Lahur Talabany, former counter-terrorism chief for Iraq’s autonomous Kurdistan region, said some IS leaders can travel on a route across the full expanse of Iraq.

“When you see attacks increasing in a particular area I wouldn’t be surprised if somebody important has been through that region,” he told Reuters. “The caliphate was defeated but ISIS was never eradicated. I don’t believe we managed to finish the job.”

Islamic State’s possession of land in Iraq and Syria set it apart from other like-minded groups such as al Qaeda and became central to its mission when it declared a caliphate in 2014, claiming sovereignty over all Muslim lands and peoples.

Fiercely anti-Western, the group also draws on Sunni-Shi’ite tensions, saying Shi’ites were infidels who deserve to be killed.

Abu Rgheef said the new leader could have stronger military credentials than Quraishi, who Iraqi officials say was seen by followers as more of an Islamic legal mind than a military man.

“Attacks and operations will change in character depending on the style of the new leader. The new one might believe in big and intensive attacks, bombs or suicide bombers,” he said.

Despite Quraishi’s low profile and operational secrecy, his killing is likely to affect the group’s fighters, analysts say.

Hassan said Quraishi’s removal would reduce morale. “ISIS is also locked into personalities and who’s most trusted,” he said.

Aaron Zelin, senior fellow at the Washington Institute, said a figurehead is very important to ISIS.

“Whenever a leader of the group is killed, your oath is to the (next) leader, the individual themselves, and not to the group.” 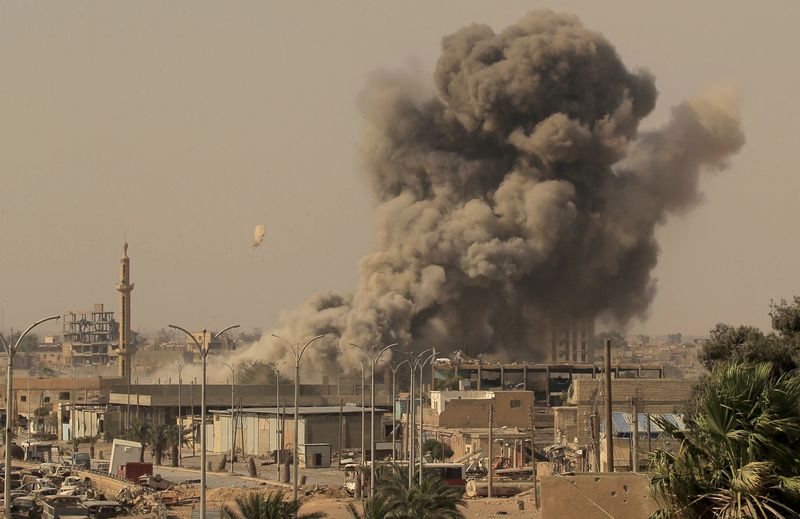 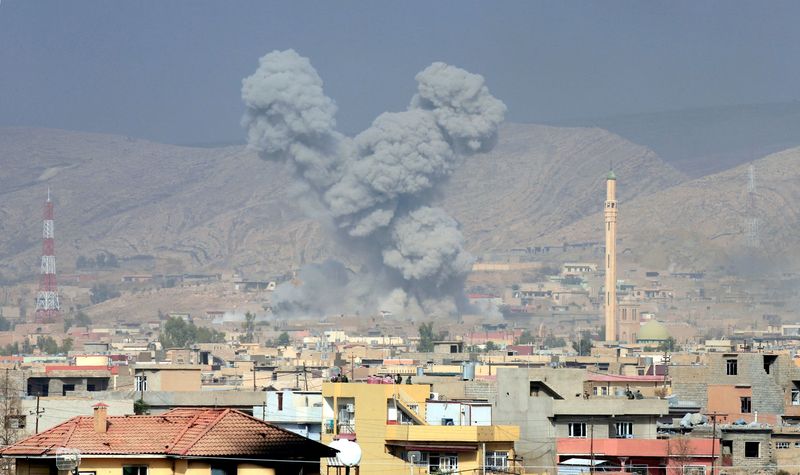 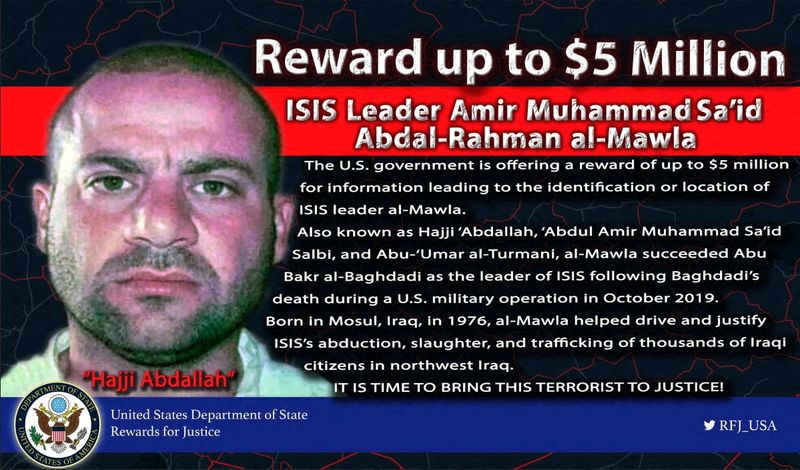 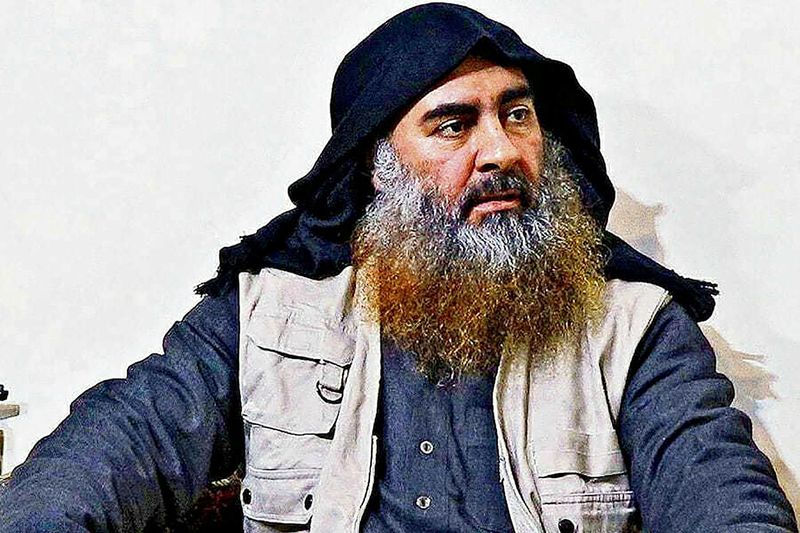 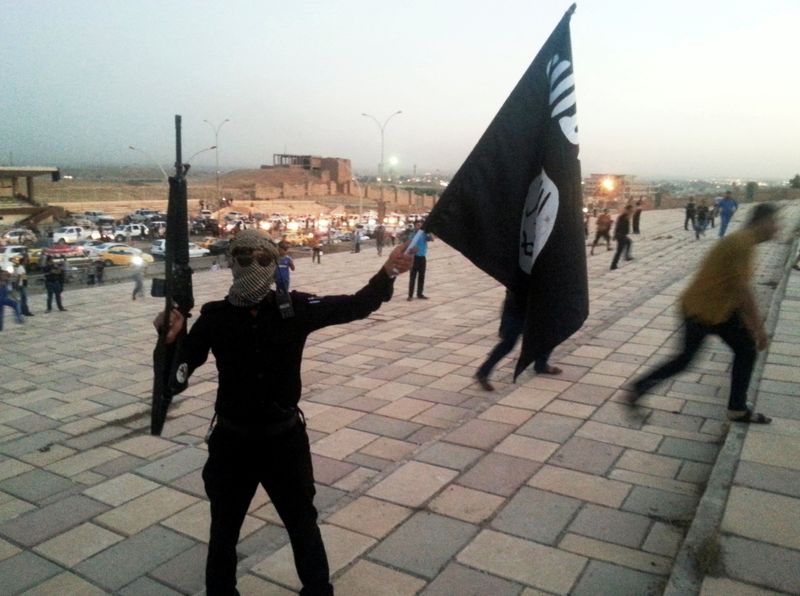