-Spotify’s chief content officer Dawn Ostroff told advertisers at a conference on Wednesday that the backlash around popular U.S. podcaster Joe Rogan’s podcast had been a “real learning experience” for the streaming service.

“We do feel that we have a responsibility to support creator expression, but also balance that creator expression with safety for our users and for our advertisers,” said Ostroff, who has been a key driver in Spotify’s work to turn the platform into a top podcast hub, speaking at an Interactive Advertising Bureau annual conference in New York.

The streaming giant has been under fire after Rogan, who signed a $100-million deal with Spotify in 2020, aired controversial COVID-19 views on his show and drew protests from artists Neil Young, Joni Mitchell and India Arie. Young said Spotify had “become the home of life-threatening COVID misinformation.”

Last week, Rogan apologized and Spotify said it would add a content advisory to any podcast episodes on its platform with discussion of the virus. On Saturday, Rogan apologized again for using racial slurs after a montage video surfaced showing him repeatedly saying the N-word.

“We have been speaking to Joe Rogan and to his team about some of the content … of his shows, particularly his history of racially insensitive language, and Joe decided to take episodes off of our platform,” Ostroff said. She said Spotify does not have editorial control over “The Joe Rogan Experience” podcast but that it supported this decision.

Spotify’s Chief Executive Officer Daniel Ek said in a recent letter to staff seen by Reuters that he condemns racial slurs and other comments made by Rogan but would not be removing him from the platform.

The controversy marks the latest instance of a major tech company facing furor over its content moderation practices. Social media platforms such as Meta Platforms Inc’s Facebook, video sites like Alphabet’s YouTube and streaming service Netflix have all come under scrutiny over the material they allow on their services.

Ostroff called “the dilemma of moderation versus censorship” the biggest challenge facing “every single platform today.” She said there was no silver bullet but that Spotify’s team was always looking to see how it could do better.


She also urged advertisers to participate and help in the company’s evolution, saying “we really want to be able to be good partners.”

Spotify has invested over $1 billion in the podcasting business. Last week, it posted higher than expected fourth quarter revenue and reported 406 million active monthly users, up 18 percent from last year, though its subscriber forecasts for the current quarter came in lower than Wall Street estimates. 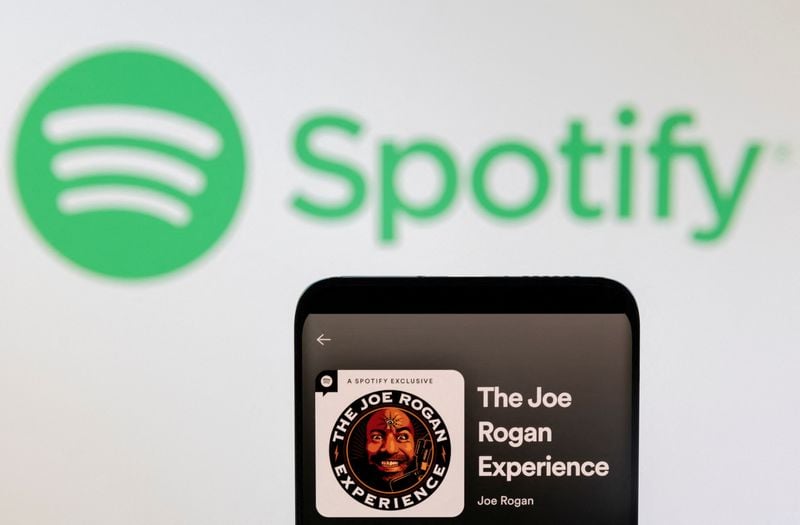