– Canada Goose Holdings Inc cut its full-year revenue and profit forecasts on Thursday, as Omicron-related restrictions dampen demand for the company’s luxury parkas and footwear, sending its shares down nearly 20%.

Shuttered stores and weak retail traffic due to Omicron-related curbs in key markets including Germany and China are weighing on the luxury parka maker’s sales as shoppers stay indoors.

Chief Executive Officer Dani Reiss told Reuters he was uncertain about a recovery timeline, but added that the company was still seeing strong demand.

Toronto, Ontario-based Canada Goose has been ramping up investments in its online platforms to cushion the blow from store closures and reduced footfall, helping the company to post a 28.1% jump in global e-commerce revenue in the third quarter.

The company’s direct-to-consumer sales, which include sales from its own retail outlets and online business, in mainland China rose 35.1% in the third quarter, compared with an 85.9% jump in the second quarter.

“Following a very strong November, we observed a slowdown in store traffic (in China) in December, which carried through into the current quarter.” Chief Financial Officer Jonathan Sinclair said.

U.S. and Canada shares of the company plunged to their lowest in more than a year.

The share move clearly reflects the market’s concerns of intensifying weakness in China and a downbeat fourth-quarter guidance, Berenberg analyst Brian McNamara said in a note.

($1 = C$1.27) (This story corrects to remove references to Canada in paragraph 2 and return policy dispute in China in paragraph 5)

(Reporting by Aditi Sebastian in Bengaluru; Editing by Maju Samuel) 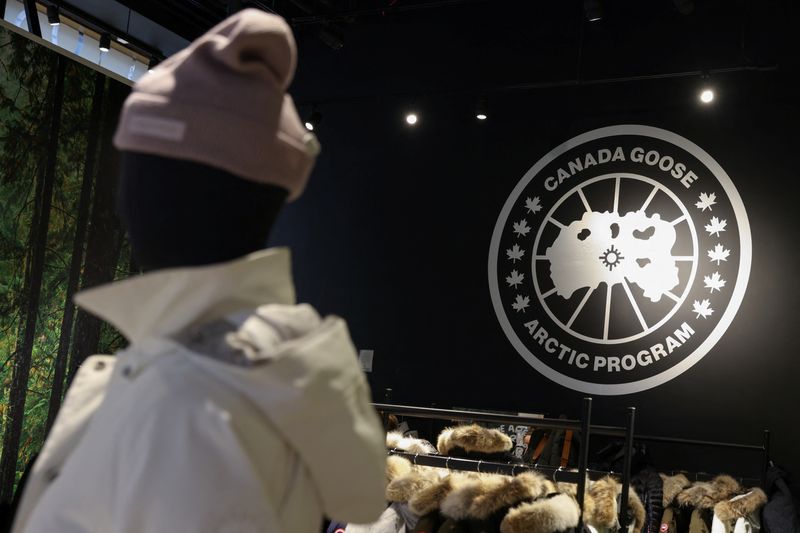