WASHINGTON – Canada’s trucker protesters could not have picked a better spot to disrupt the export-driven country’s economy, or the North American auto industry, than the four-lane Ambassador Bridge between Detroit and Windsor, Ontario, trade experts say.

The 92-year old bridge was blocked for a fifth day on Friday by protesters demanding an end to Canada’s vaccine mandate for truck drivers, prompting Ontario province to declare https://www.reuters.com/world/americas/canadas-ontario-province-declares-state-emergency-2022-02-11 a state of emergency, and auto companies to resort to costly air freights for crucial parts.

Ambassador has been a vulnerable trade chokepoint for decades, thanks to successful lobbying https://www.reuters.com/article/us-usa-detroit-bridge/after-long-fight-new-bridge-for-detroit-may-be-in-sight-idUKBRE9BA05920131211 against a replacement by the billionaire Moroun family that controls it and charges trucks $45 per crossing.

The bridge carries about $360 million a day in two-way cargoes – 25% of the value of all U.S.-Canada goods trade. But traffic is limited by its 1929 physical footprint: just two lanes each way with no shoulders and antiquated customs plazas, emptying out into city streets on the Canadian side.

Relief is coming in the form of a new expressway-only bridge across the Detroit River, but construction will not finish until the end of 2024 – provided it, too, can avoid delays.

“This is a reminder that the supply chain discussion isn’t just about the ports in LA-Long Beach,” said Dan Ujczo, an Ohio-based lawyer who specializes in U.S.-Canadian trade and transport matters.

The Biden administration has focused on unclogging containers at U.S. seaports, but the Detroit-Windsor crossing and a U.S.- Mexico bridge at Laredo, Texas are the two most important U.S. border entry points for North American manufacturing, Ujczo said.

NORTH AMERICA SUPPLY CHAIN DISRUPTED Canada is highly dependent on exports, which account for nearly 32% of its GDP, according to World Bank Data. The country displaced China as the top U.S. trading partner in 2021.


Both exports and imports surged during the year from pandemic-depressed levels and Canada’s U.S. trade surplus more than tripled to $48 billion, according to U.S. trade data https://www.census.gov/foreign-trade/balance/c1220.html released on Tuesday.

The trade crossing’s shutdown and delays at the Blue Water Bridge, 65 miles north of the Ambassador, have impacted auto plants, and other manufacturers from cosmetics to pharmaceuticals.

“Pretty much across the board, anybody who’s part of the North America supply chain, whether it’s getting parts or goods from the States, or sending parts or goods to the States, are beginning to see things backup significantly,” said Canadian Manufacturers and Exporters president Dennis Darby.

The economic damage is now spilling down to small businesses that supply components for other auto parts makers and food ingredients, said Dan Kelly, president of the Canadian Federation of Independent Business.

“Even pre-pandemic our border infrastructure was incredibly fragile. There were delays all the time. And anything went wrong, there was chaos,” Kelly said. “We’re seeing that in real time now.”

The opening of the Ambassador Bridge in 1929 gave rise to a cross-border auto industry and U.S.-Canadian economic integration, said Bill Anderson, director of the University of Windsor’s Cross Border Institute.

Some 2.3 million trucks crossed last year, according to data https://www.bridgeandtunneloperators.org/index.php/trafficdata from the Bridge and Tunnel Operators Association, averaging out to 6,311 a day, or 263 an hour. On some days the bridge handles more than 9,000 trucks and 500 an hour, Anderson said, and crossings can take hours in heavy traffic.


In 2012, Michigan’s then-Governor Rick Snyder accepted a Canadian government offer https://www.reuters.com/article/us-usa-canada-bridge/canada-michigan-announce-new-detroit-windsor-bridge-idUKBRE85E18X20120615 to fund most of the new bridge’s costs, and took the unusual step of using executive authority https://www.reuters.com/article/us-usa-detroit-bridge/after-long-fight-new-bridge-for-detroit-may-be-in-sight-idUKBRE9BA05920131211 to bypass the legislature.

The $4.4 billion Gordie Howe bridge under construction downriver from the Ambassador will cut 20 minutes off the crossing time, saving truckers $2.3 billion over 30 years, University of Windsor’s Anderson estimated in January https://www.cbinstitute.ca/wp-content/uploads/2021/01/Gordie-Howe-Internation-Bridge-Full-Report.pdf.

The new cable-stayed bridge, named after the late Canadian Detroit Red Wings ice hockey star, and its vastly more efficient customs plazas may be more difficult to blockade because it will not empty into city streets, he said.

“It’s a highway-to-highway connection and it will be faster and far more resilient,” Anderson added. “It will have a lifespan of over 100 years and give global companies the confidence to continue investing in Canada.” 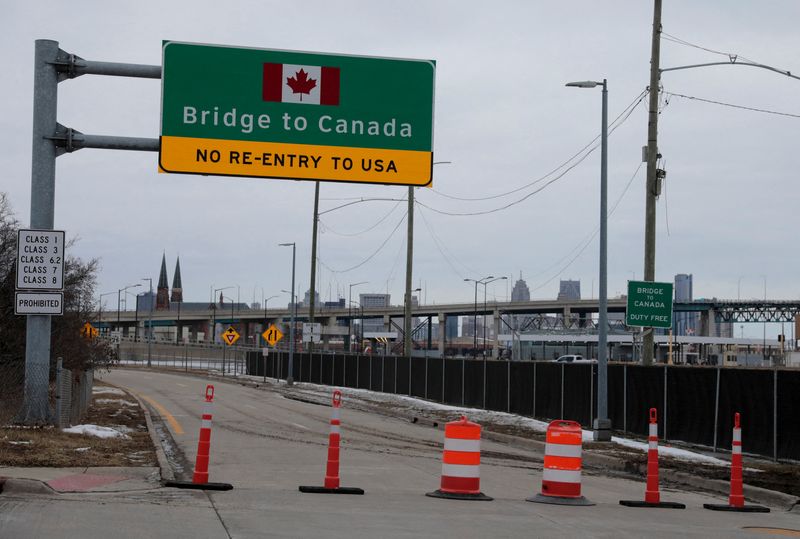 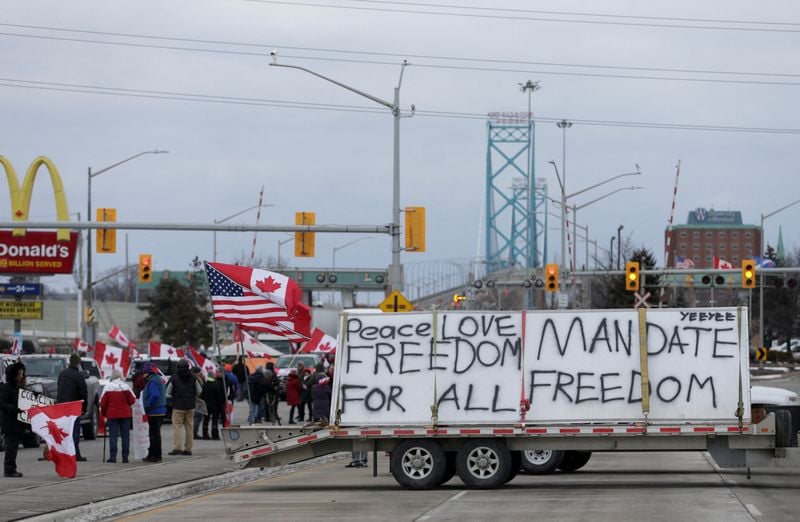