WASHINGTON – The United Nations aims to kickstart this month a system to swap millions of aid dollars for Afghan currency in a plan to stem humanitarian and economic crises and bypass blacklisted Taliban leaders, according to an internal U.N. note seen by Reuters.

Since the Taliban takeover in August, foreign financial assistance has stopped and international banks are wary of testing U.N. and U.S. sanctions on the hardline Islamist group, leaving the United Nations and aid groups struggling to obtain cash even as they continue to receive humanitarian donations.

The U.N. explanatory note, written last month, outlines an “urgently needed” Humanitarian Exchange Facility (HEF). The United Nations has warned that more than half of Afghanistan’s 39 million people are suffering extreme hunger and the economy, education and social services are collapsing.

“The overall objective is to have the HEF up and running in February,” the note said. “Prior to the full establishment of the facility, we seek to facilitate several trial swaps, to demonstrate exactly how the mechanism will work.”

U.N. and humanitarian officials warn that the facility can be only a temporary measure until Afghanistan’s central bank begins operating independently and some $9 billion in foreign reserves frozen abroad are released.

But when that could happen is uncertain. The reserves held by the United States are tied up in legal action and Western governments are reluctant to release funds unless they see the Taliban show greater respect for human rights, especially those of women and girls.

The HEF would allow the United Nations – which is seeking $4.4 billion for humanitarian assistance this year – and aid groups access to large amounts of the national currency, the afghani, held in the country by private businesses.

In exchange, the United Nations would use aid dollars – potentially tens of millions – to pay the businesses’ foreign creditors, thereby bolstering the flagging private sector and critical imports.

“The facility’s flow of funds would not require the movement of funds across the Afghan border,” the U.N. note said.

While the money bypasses the Taliban, the note says the HEF will need the approval of the Taliban-run central bank for “the flow of funds and the exchange rate used and the withdrawal of AFN cash deposited into AIB (Afghanistan International Bank) without any restriction.”

A spokesman for the Taliban government confirmed that officials in Afghanistan were aware of the proposal for the HEF, but did not know the details or the procedure.

“We welcome any kind of humanitarian actions for the people of Afghanistan, but all actions should be taken according to Afghanistan’s laws and national interests,” Bilal Karimi told Reuters on Friday in response to a question on the HEF.

The United Nations does not comment on leaked documents, U.N. spokesman Stephane Dujarric said of the note. U.N. Secretary-General Antonio Guterres has said Afghanistan is “hanging by a thread” and long pushed for international action to combat the economic crisis hampering aid efforts.

Afghanistan’s economy has continued to deteriorate, with inflation for basic household goods reaching nearly 42% in January, compared to the year-earlier period, the World Bank said on Wednesday. Wages and demand for labor continued to decline, as did imports, which were down 66% compared to a year earlier, it said.

Aid groups and U.N. officials have been advocating for a cash swap mechanism, but the U.N. note seen by Reuters provides new details on how it will work.

Graeme Smith, a senior consultant for the International Crisis Group think-tank, told the U.S. Senate Foreign Relations Committee on Wednesday that an exchange facility is needed quickly, but only as a stopgap measure.

“It is not sufficient,” he said. “Nobody should be under any illusions that this substitutes for the normal functioning of a central bank.”

Complicating the response, Taliban leaders have banned the use of foreign currency in a country where U.S. dollars were common. The United Nations has flown in shipments of $100 bills, but the central bank has not converted them, leaving the world body sitting on about $135 million in cash that it cannot use, a U.N. official said last week.

Those funds are held in Kabul in the vaults of AIB, the official said, the private bank that would play a role in the new cash swap system.

The security of the cash flights and limits on how much can be delivered are key reasons for starting the new exchange facility, the note said.

World Bank and U.N. officials have been working to finalize the HEF, including completing a risk assessment, seeking a U.S. Treasury license to protect international banks from sanctions, and hiring a private company to vet participants and guard against money-laundering, the note said.

David Miliband, head of the International Rescue Committee, said the consequences of Afghanistan’s economic crisis could be devastating, and he called for a change in U.S. and international policy toward the country.

He told the Senate committee on Wednesday: “Current policy will indeed mean that a starvation crisis kills … more Afghans than the past 20 years of war.” 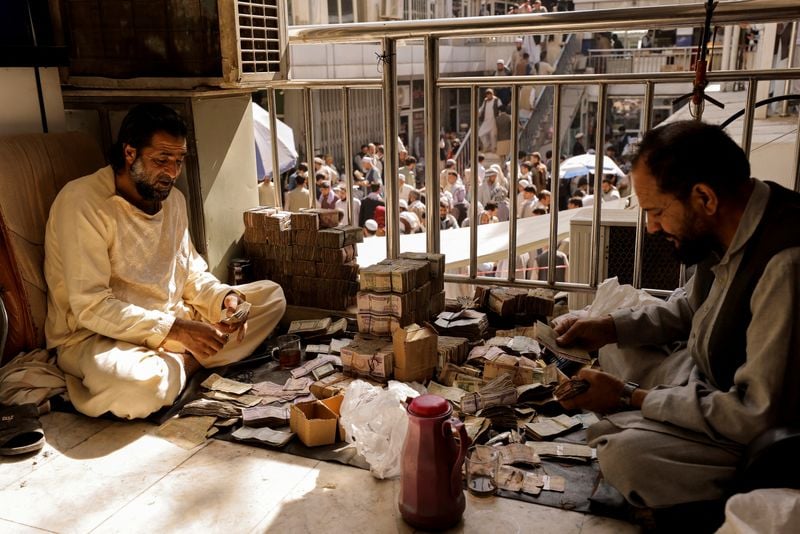 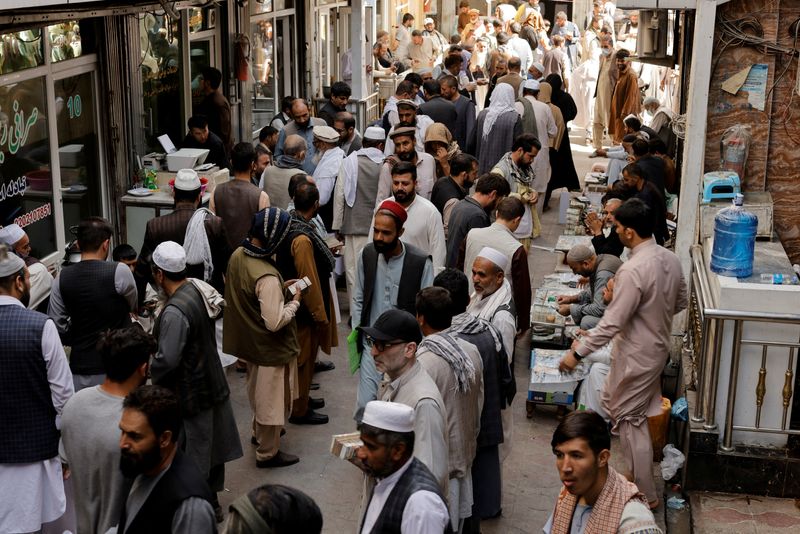 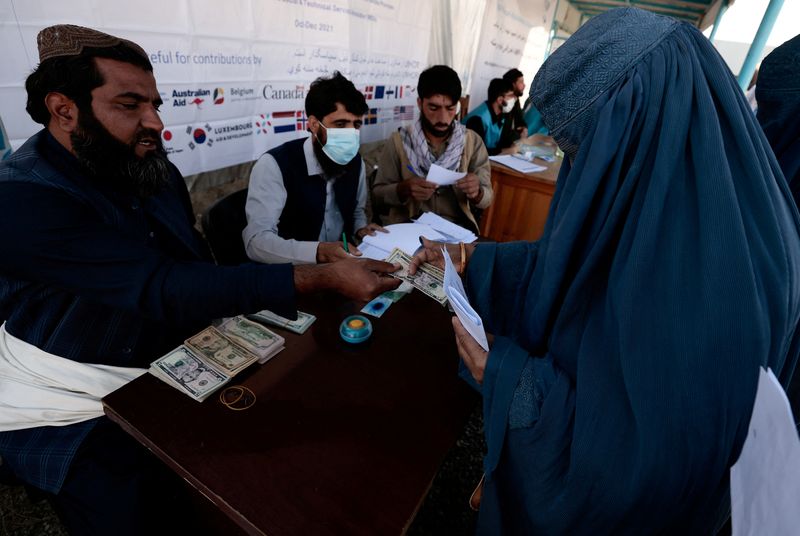