At SoFi Stadium outside Los Angeles, the musicians sang a medley of hits and traversed the roofs and interiors of a row of white buildings assembled on the football field.

Eminem ended his hit “Lose Yourself” by kneeling and placing his head in his hand, a gesture that former quarterback Colin Kaepernick made during the National Anthem at NFL games as a call for racial justice.

Kaepernick has not played since the 2016 season as no NFL team hired him after he began kneeling.

Media outlet Puck reported earlier on Sunday that the NFL had told Eminem not to kneel during the performance. NFL spokesman Brian McCarthy said the report was untrue. NFL staff watched halftime rehearsals this week and the kneeling was included at that time, he said.

Dre and Snoop Dogg opened the show with “The Next Episode” and “California Love.” Rapper 50 Cent, an unannounced guest, began rapping “In Da Club” while suspended from a ceiling upside down.

Before the show, Dre and Snoop Dogg said that the NFL should have embraced rap years ago and they hoped to open doors for more hip-hop artists. Rap musicians have appeared previously but alongside pop and rock acts.

“THE GREATEST HALFTIME SHOW IVE EVER SEEN!!!” Los Angeles Lakers basketball star LeBron James, who was seated in the crowd, wrote on Twitter. 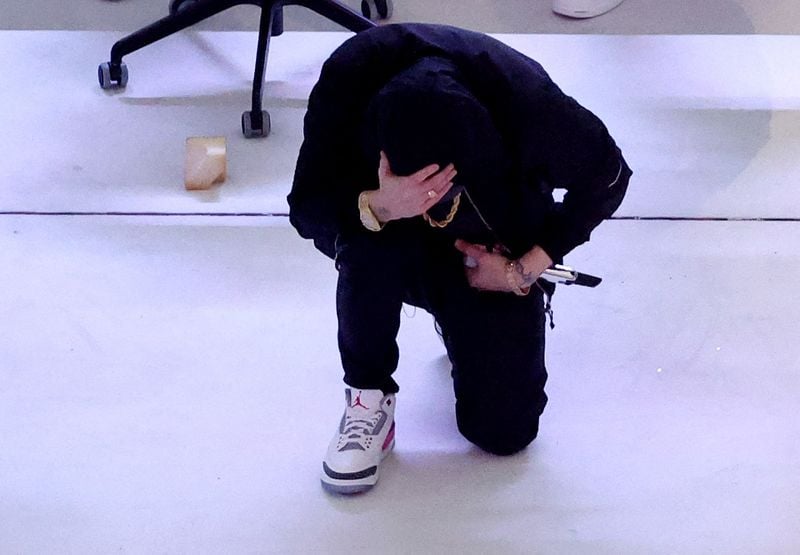 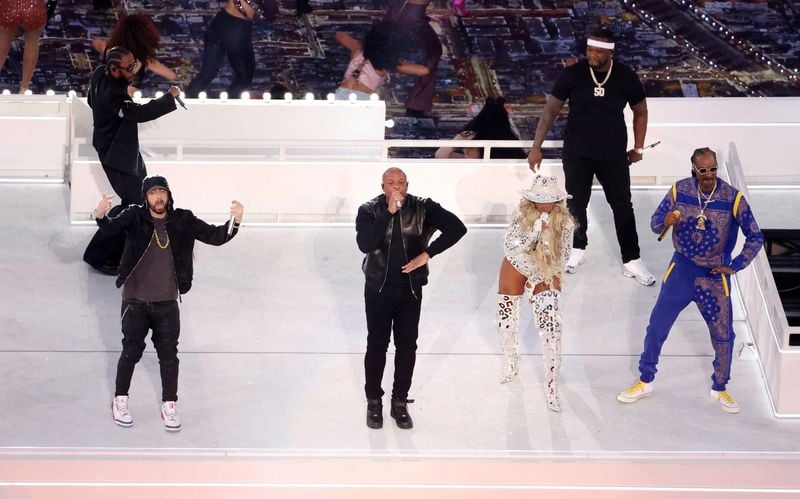 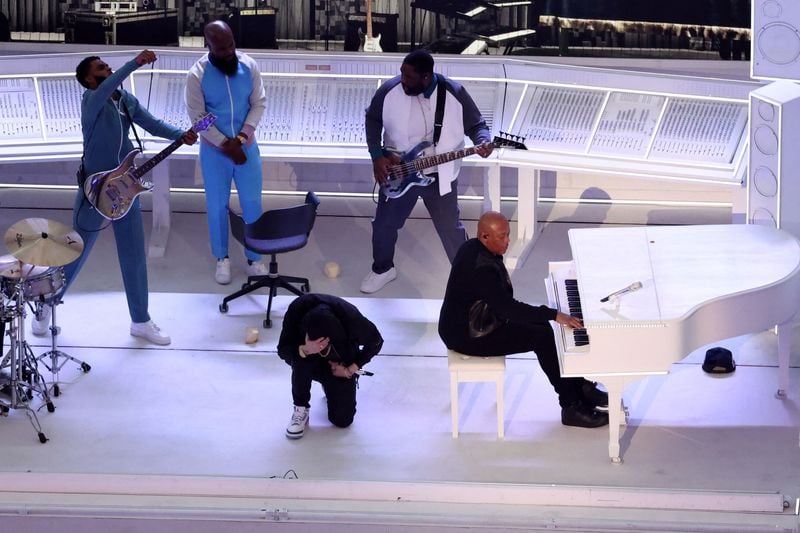 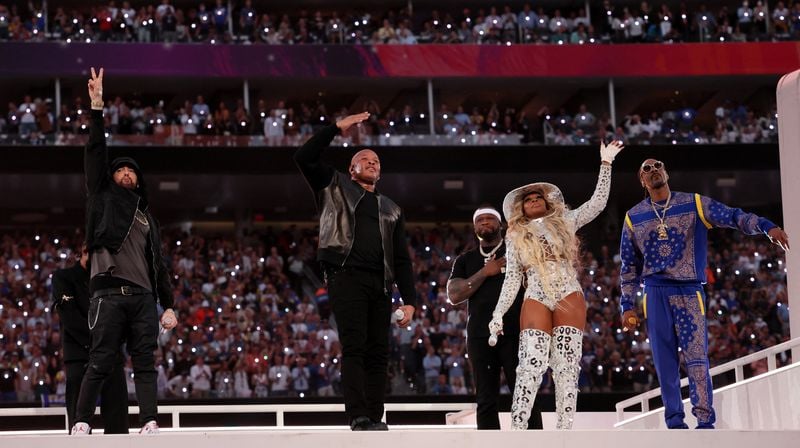 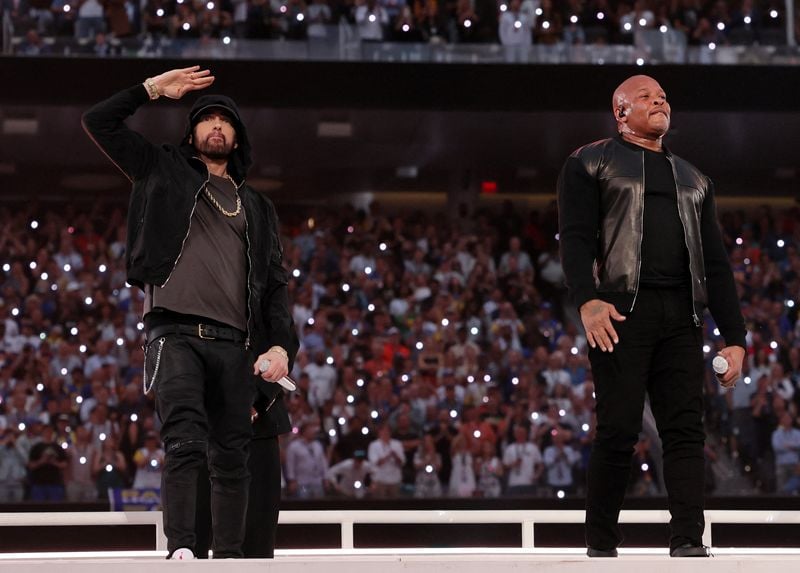