– Opening statements in former Goldman Sachs banker Roger Ng’s U.S. corruption trial https://www.reuters.com/markets/us/rogue-employee-or-goldman-scapegoat-ex-bankers-1mdb-corruption-trial-kick-off-2022-02-10 over the looting of hundreds of millions of dollars from Malaysia’s 1MDB sovereign wealth fund are scheduled to get under way this week.

Ng has pleaded not guilty to conspiring to violate an anti-bribery law and to launder money. The following is an explanation of the charges Ng faces and how he could defend himself:

Ng is charged with one count of conspiring to violate a provision of the Foreign Corrupt Practices Act (FCPA) that makes it illegal to bribe foreign officials. Federal prosecutors in Brooklyn say Ng, together with his former boss Tim Leissner and a Malaysian intermediary named Jho Low https://www.reuters.com/article/us-malaysia-politics-1mdb/china-denies-harboring-1mdb-fugitive-jho-low-idUSKCN24U26R, bribed 1MDB officials to win business for Goldman https://www.reuters.com/article/us-goldman-sachs-1mdb-settlement-explain/understanding-goldman-sachs-role-in-malaysias-1mdb-mega-scandal-idUSKBN2772HC.

Prosecutors in a 2021 indictment said Ng attended a 2012 meeting in London in which Low discussed with a 1MDB official the need to bribe officials in Malaysia https://www.reuters.com/article/us-malaysia-politics-najib-explainer/explainer-malaysian-ex-pm-najib-and-the-1mdb-scandal-idUSKBN2IM1XM and Abu Dhabi. Low in 2013 sent $6 million in funds traceable to 1MDB to an entity owned by that 1MDB official, prosecutors said.

Low was indicted alongside Ng by U.S. prosecutors in 2018 but has not appeared to face the charges.

Ng is also charged with conspiring to violate a provision of the FCPA that makes it illegal to circumvent accounting controls that companies implement to prevent bribery.

Prosecutors say Ng and Leissner discussed 1MDB business on private, non-Goldman email accounts, and that Ng was present at a meeting in which Leissner falsely told Goldman officials that Low – whom the bank’s management had grown to mistrust – was not involved in a deal to help 1MDB raise funds.

Prosecutors have also charged Ng with conspiring to commit money laundering by engaging in monetary transactions in the United States using funds derived from FCPA violations. They say Low, Ng and Leissner conspired to launder funds embezzled from 1MDB through the U.S. financial system and used that money to pay bribes.

Leissner pleaded guilty to bribery and money laundering charges in 2018 and is expected to testify against Ng.

Ng’s lawyer, Marc Agnifilo, said Ng was not involved in the scheme perpetrated by Low and Leissner. Agnifilo said Leissner falsely told prosecutors Ng played a role to try to reduce his sentence.

Agnifilo wrote in a November 2020 court filing that Ng in fact advised his superiors to be cautious in dealing with Low, and that Leissner did not tell Ng that he was secretly working with Low. He has also said financial inflows that Ng received that prosecutors call ill-gotten gains were unrelated to 1MDB.

The two FCPA charges each carry maximum prison sentences of five years and the money laundering charge has a maximum sentence of 20 years. Should Ng be convicted, any sentence would be determined by U.S. District Judge Margo Brodie, who is overseeing the case, at a later date.

WHAT DOES THE TRIAL MEAN FOR GOLDMAN SACHS?

Goldman in 2020 paid a $2.3 billion fine https://www.reuters.com/article/goldmansachs-1mdb-settlement/goldman-to-pay-3-billion-claw-back-executive-pay-over-role-in-1mdb-corruption-scandal-idUSKBN2772E3, returned $600 million in ill-gotten gains and agreed for its Malaysian subsidiary to plead guilty in U.S. court as part of a deal, known as a deferred prosecution agreement (DPA), with the Department of Justice.

The trial could shed light on how Goldman responded to warnings of possible corruption, but the bank is unlikely to face material damage. 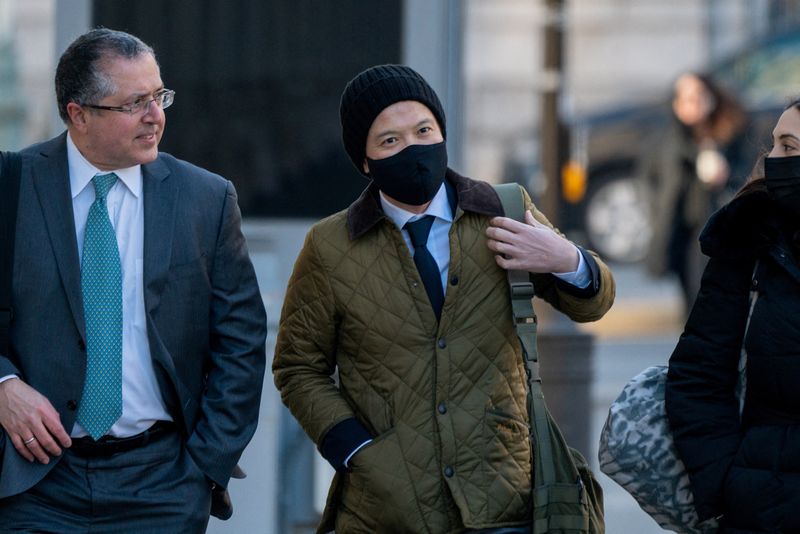