BENGALURU – The Philippine central bank will wait until the end of the year before raising interest rates from a record low 2.0% to support an uneven economic recovery from the COVID-19 pandemic, a Reuters poll found.

With inflation remaining subdued compared to advanced economies and growth in the Southeast Asian nation yet to return to pre-pandemic levels, the Bangko Sentral ng Pilipinas (BSP) will stick to its dovish stance.

That was in line with Governor Benjamin Diokno’s view monetary policy would remain accommodative as long as required to underpin growth and not necessarily follow the U.S. Federal Reserve which is expected to raise rates next month.

“We don’t expect any changes in policy from BSP, at least for now. Governor Diokno stepped up his dovish rhetoric after inflation moderated in January, indicating that he did not want to ‘change course’ in the middle of a recovery,” wrote Robert Carnell, regional head of research for Asia-Pacific at ING.

“However, the dovish BSP stance against the backdrop of a hawkish Fed could translate into additional pressure on the Philippine peso in the near term.”

The Philippine peso has been relatively stable this year, depreciating only about 1% against the U.S. dollar. A Reuters poll taken early last month showed the peso would hover around the current rate this year. [EMRG/POLL]

Almost half, seven of 15 respondents, forecast a rate hike of at least 25 basis points by the end of the third quarter, including three who said it would come as early as April-June.

Still, most respondents in the poll said the central bank would be on a wait-and-watch mode before changing gears.

That cautious approach echoes the stance of a few other central banks in Asia, including the Reserve Bank of India and the Bank of Thailand who were expected to maintain an accommodative stance rather than trying to calm inflation. 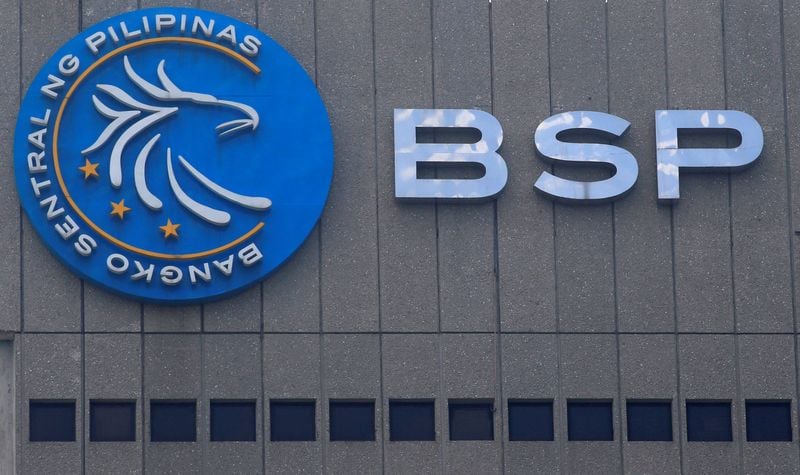