Senate Banking Committee Chair Sherrod Brown delayed a vote on the slate, which includes Fed Chair Jerome Powell, after none of the 12 Republicans showed up for a scheduled vote Tuesday afternoon.

Senator Pat Toomey, the top Republican on the committee, had called on fellow Republicans to skip the vote, citing what he said were unanswered questions about Raskin’s past role on the board of a fintech company.

The development comes as the U.S. central bank is gearing up to raise interest rates to combat the highest inflation in 40 years.

“Instead of showing up to work, to do their job, Republicans have walked out on the American people,” Brown said to the other 11 Democratic senators on the 24-member panel who gathered for the vote.

White House spokesperson Jen Psaki said the decision by Republicans to boycott the meeting was “extreme” and promised to work with Brown on a path forward for the nominations.

As of late Tuesday, that path was not clear, with Brown adamant he would not split Raskin’s nomination from the rest, a solution that Toomey had proposed.

“Democrats will argue that Republicans are being hypocritical by complaining about inflation while also blocking votes on these nominees,” Isaac Boltansky, policy director for brokerage BTIG, said in an email exchange. “Republicans will argue that Democrats are being unreasonable by refusing to pause on Bloom Raskin’s nomination.”

It is unclear, he said, “which side will blink first.”

While his confirmation for a second four-year term as Fed chief is pending, Powell continues in a “pro tempore” chair role, remaining in charge of both U.S. monetary policy and the central bank.

Most Republicans on the panel back a second term for Powell, a Republican initially installed as Fed chair by then-President Donald Trump. His first term expired earlier this month.

But they are as one in opposing Raskin’s nomination as the central bank’s vice chair for supervision, the top U.S. banking regulatory role, and have attacked her over past statements expressing support for using financial rules to police climate change.

“Ms. Raskin’s repeated and forceful advocacy for having the Federal Reserve allocate capital and choke off credit to disfavored industries is alone disqualifying and reason enough to vote against her,” Toomey said Tuesday.

Raskin, who held senior roles at the Treasury and Fed under Democratic President Barack Obama, told Toomey and the rest of the Senate Banking panel at her confirmation hearing that it was not the Fed’s role to tell banks what firms to lend to.

She has also denied Republican’s suggestions that she inappropriately lobbied on behalf of a fintech firm on whose board she sat.

If confirmed, Raskin would become the most powerful banking regulator in Washington, overseeing an ambitious portfolio.

Raskin has been praised by progressive Democrats for her experience and expertise. Moderate Democrats on the Senate Banking Committee also spoke supportively of Raskin at her confirmation hearing, and two of them — Mark Warner of Virginia and Jon Tester of Montana — told Reuters on Monday they both planned to vote for her and the rest of Biden’s Fed nominees.

The three other nominees for Fed slots include current Fed Governor Lael Brainard, who is up for the job of Fed vice chair, and proposed newcomers Lisa Cook and Philip Jefferson.

All three used their confirmation hearings to signal their backing of Powell’s monetary policy agenda, which will see the Fed likely begin lifting interest rates at its March 15-16 policy meeting in what’s likely to be the start of a series of rate hikes to quell inflation.

Brainard, a Democrat appointed by Obama to be a Fed governor in 2014, is likely to win support for promotion to the vice chair position, which would make her Powell’s deputy, despite Republican misgivings that she would push for the central bank to strengthen its climate change policies.

All Democrats on the committee are expected to vote in favor of Cook and Jefferson while at least one Republican, Senator John Kennedy, also indicated he would support them both.

On Tuesday, Republican Senator Kevin Cramer said he would support Jefferson and Powell, was open to Cook, and was a no on Raskin and Brainard.

If Cook and Jefferson, who are Black, are confirmed as governors to the currently all-white Fed Board, it would make it the most racially diverse in the central bank’s 108-year history.

The standoff over Biden’s Fed nominees is the latest example of the obstacles Democrats have encountered moving forward with their agenda in a body they control only by virtue of Vice President Kamala Harris’ tie-breaking vote as Senate president.

Rules agreed at the start of this session of Congress ensure that Senate committees cannot advance legislation or nominees unless at least one Republican is present, a change from the previous Congress when Republicans had an outright majority on committees and could move ahead even when Democrats staged walkouts. 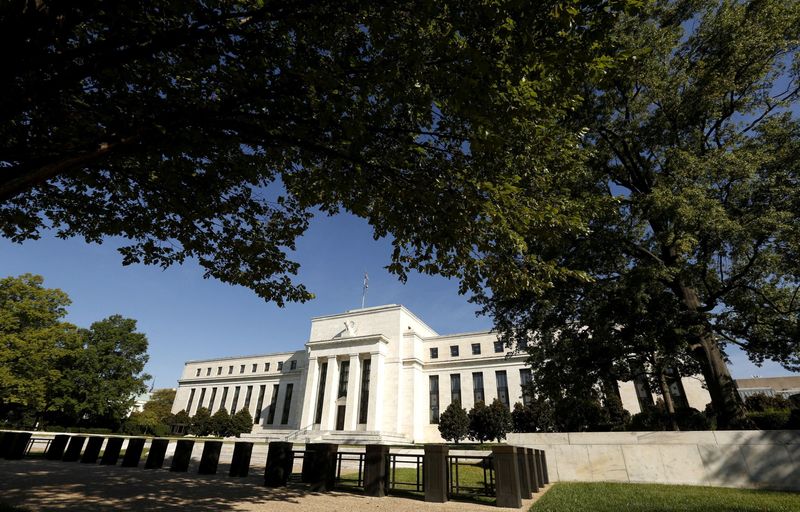