WASHINGTON/SEATTLE -The head of the Federal Aviation Administration who oversaw the return of the Boeing 737 MAX after two crashes grounded the plane, and the agency’s zero tolerance toward unruly passengers, will resign on March 31, the agency said on Wednesday.

FAA Administrator Steve Dickson, who took over in August 2019, has faced criticism over the standoff between aviation and telecommunications industries over the deployment of the 5G wireless spectrum.

Dickson, 64, a former Delta Air Lines executive and pilot, was appointed by former President Donald Trump and is about half-way through his five-term as the head of the 45,000-employee agency that oversees U.S. airspace.

In late 2020, Dickson personally flew the 737 MAX after requiring Boeing to make training and software improvements before he allowed it to return to operations and has repeatedly said Boeing must do more to improve.

He has also taken a tough line with Boeing on a number of safety issues as the FAA implements reforms to aircraft certification mandated by Congress after the 737 MAX crashes killed 346 people.

Dickson, who previously served in the U.S. Air Force, said his decision was for family reasons.

“After sometimes long and unavoidable periods of separation from my loved ones during the pandemic, it is time to devote my full time and attention to them,” Dickson wrote in an email to staff.

But Dickson has faced criticism from people inside the Biden administration over the 5G aviation standoff, as well as from the wireless industry. Airline CEOs on Jan. 17 had warned of a “catastrophic” aviation crisis that could have grounded almost all traffic because of the 5G deployment.

Hours before the planned Jan. 19 deployment, Verizon and AT&T agreed to delay deploying about 510 5G wireless towers near airports, but that did not prevent dozens of countries from canceling flights to the United States because of concern that 5G signals could interfere with airplane systems, and it cast the U.S. regulatory system in an ugly light.

Dickson has taken a hard line in the face of a dramatic spike in unruly passenger cases since early 2021 and has appeared in video messages at airports around the United States urging passengers to behave.

Under Dickson, the FAA has issued new drone rules and overseen a dramatic jump in commercial spaceflights as he emphasized safe operations. On Monday, the FAA said it was extending its environmental review of a proposed SpaceX program in Texas.

Transportation Secretary Pete Buttigieg said Dickson “has been the FAA’s steady and skilled captain, and his tenure has been marked by steadfast commitment to the FAA’s safety mission.”

It is not clear who the Biden administration will tap but some congressional and airline officials say one possibility is C. B. “Sully” Sullenberger, who was confirmed in December to be U.S. representative on the Council of the International Civil Aviation Organization (ICAO), the United Nations air safety body.

Sullenberger rose to fame in 2009 as a commercial pilot who safely landed an Airbus A320 on New York’s Hudson River after hitting a flock of geese – known as the “Miracle on the Hudson” flight.

Dickson has repeatedly noted the U.S. aviation safety record – no major U.S. commercial airline has had a fatal crash since 2009.

“Safety is a journey, not a destination,” Dickson said. “Our mantra must be continuous improvement, because what we did yesterday will simply not be good enough tomorrow.” 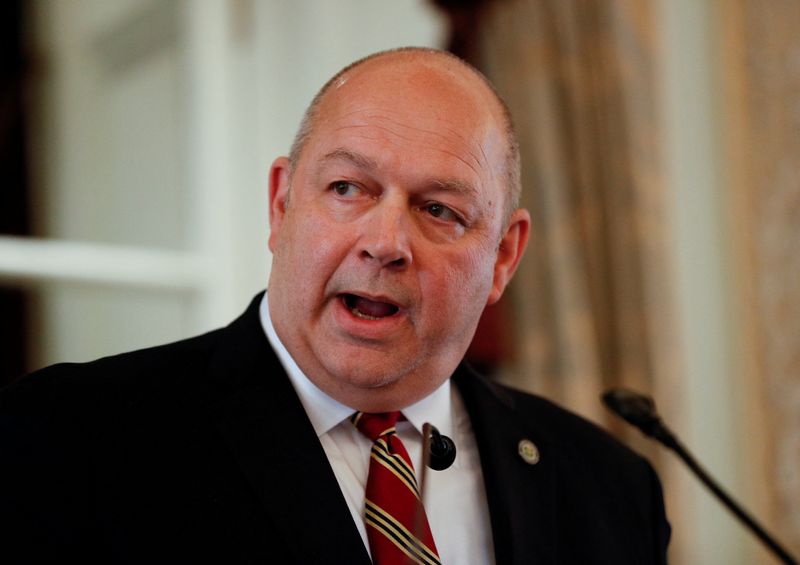