DUBAI – Novak Djokovic was looking forward to kick-starting his 2022 season in Dubai following his deportation from Australia, and said he would be the first to congratulate U.S. Open champion Danil Medvedev if the Russian ends his two-year reign at the top of the world rankings this week.

The 34-year-old Serbian will play competitively on Monday for the first time this year in his opening Dubai Duty Free Championships match against Italy’s Lorenzo Musetti, ranked 57th in the world.

“I am as well prepared as I possibly can be and excited to again be able to tour,” he told a press conference on Sunday.

Djokovic, who is chasing his 6th tournament win in Dubai, said he resumed training about 10 days after he was deported from Australia and had been playing tennis for the past three weeks.

“I did my best to put myself in a good position tennis-wise and mentally as well … I’m really happy to be playing again.”

The world number one, who is not vaccinated against COVID-19, was flown out of Australia after an 11-day ordeal, at the discretion of the country’s immigration minister over concerns the tennis star could fuel anti-vax sentiment.

Djokovic has said that he is not an anti-vaxxer and that his refusal to be vaccinated stems from uncertainty over how a coronavirus vaccination could affect his playing performance.

World number two Medvedev, who is playing in the Mexican Open this month, could dethrone Djokovic depending on how well each player performs in their respective tournaments.

“Eventually it’s going to happen and if it happens this week, I’ll be the first one to congratulate him,” Djokovic said. 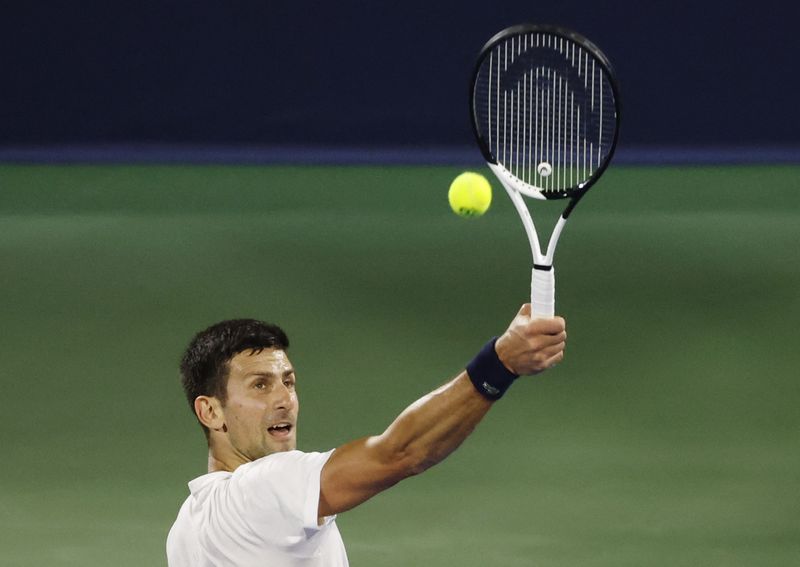