NEW YORK – A U.S. judge on Thursday said she will question a juror in Ghislaine Maxwell’s sex trafficking case to determine whether his failure to disclose having been sexually abused as a child tainted the British socialite’s conviction.

U.S. District Judge Alison Nathan in Manhattan also denied Maxwell’s bid for a new trial, at least until after a March 8 hearing, when the Manhattan man known as Juror 50 will testify under oath in open court.

Maxwell, 60, was convicted on Dec. 29 of five of the six counts she faced for aiding the late financier Jeffrey Epstein’s sexual abuse of underage girls.

The verdict became clouded when Juror 50, who identified himself by his first and middle names Scotty David, told media including Reuters that he shared with other jurors his history of sexual abuse during the five days of jury deliberations.

He had not disclosed this abuse before trial when filling out his juror questionnaire.

Question 48 had asked whether prospective jurors had been victims of sexual harassment, sexual abuse or sexual assault, and if yes whether they could judge Maxwell fairly and impartially.

Juror 50, who is in his mid-30s, checked “No” to the first part of the question, and left the second part blank.

He told Reuters he did not remember the question and would have answered honestly, but that he “flew through” the questionnaire.

Nathan called Juror 50’s statements “clear, strong, substantial and incontrovertible evidence” that he responded falsely on his questionnaire, depriving Maxwell’s lawyers of a chance to question him for bias.

But in denying a new trial, Nathan said she could not accept Juror 50’s statements at face value because they were either unsworn, or inadmissible under federal evidentiary rules.

Lawyers for Maxwell did not respond to requests for comment.

They had argued that Juror 50’s failure to respond truthfully required a new trial because Maxwell’s jury was not fair and impartial, and that they would have excluded him “for cause” had he been truthful.

Maxwell’s lawyers had also sought to question a second juror who reportedly claimed to discuss with fellow jurors having also experienced sexual abuse as a child. Nathan denied that request on Thursday.

Todd Spodek, a lawyer for Juror 50, declined to comment.

Legal experts have said overturning verdicts because of juror dishonesty generally occurs when jurors lie in order to be seated, not when they mistakenly conceal important information.

Maxwell’s sentencing is scheduled for June 28.

Epstein killed himself on Aug. 10, 2019, at age 66 in a Manhattan jail cell while awaiting his own sex-trafficking trial.

Juror 50 said in his questionnaire that he had heard Epstein had been in jail awaiting trial but had died, and read that Maxwell had been Epstein’s girlfriend. 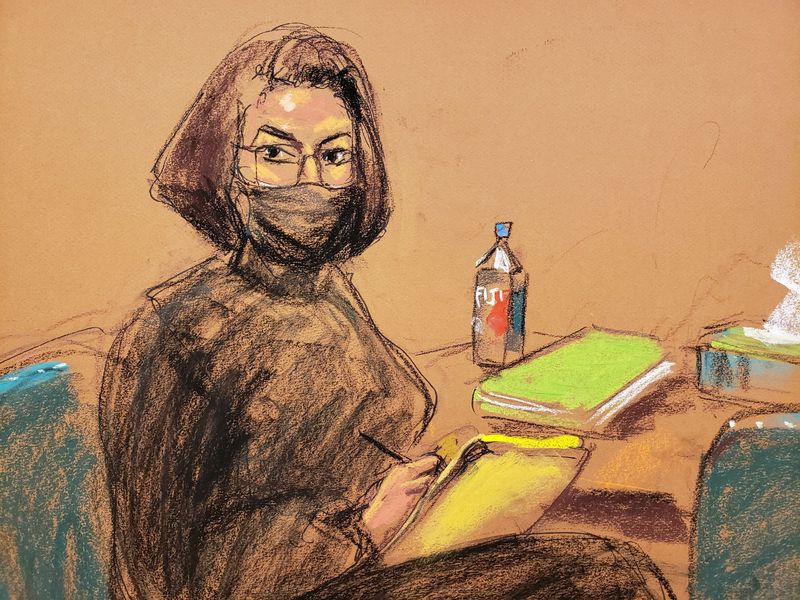