BUCHAREST – When Russia attacked Ukraine, the nearest naval vessel of a major NATO ally was in the Mediterranean. The last such ship from a major naval member of the Western military alliance left the Black Sea – an area roughly the size of California bordering Russia, Ukraine and NATO members Turkey, Bulgaria and Romania – over a month ago.

A French warship completed a tour in early January and no major NATO naval ally has patrolled its waters since, according to Turkish maritime website Turkishnavy.net, which tracks the movements of foreign warships. Meanwhile, 16 ships from Russia’s naval fleets, including missile ships and vessels capable of landing tanks, had sailed into the Black Sea, according to Turkishnavy.net and Russian defence ministry statements.

As NATO scrambles to respond to Russia’s invasion of Ukraine, a major exposed flank is the Black Sea. Despite a stated resolve to deter Russia, the alliance has failed to prevent it from building a presence in the area.

A key reason: divisions among members over whether to challenge Russia’s navy in the area, resulting in a lack of a coherent and meaningful Black Sea NATO strategy, according to Reuters interviews with diplomats, intelligence officials and security sources from NATO members as well as military strategists, retired military commanders and shipping industry officials.

That includes reluctance by some NATO members, notably Turkey, to agree to maritime patrols to avoid provoking Moscow, they said. Other factors are budget constraints and the existence of other priorities among some major NATO allies, they added.

Russia’s Black Sea naval presence, which provides both military and economic leverage over Kyiv, had been disrupting Ukraine’s maritime trade even before the invasion. Ukraine’s ports have seen traffic fall sharply in recent weeks, according to commercial ship data reviewed by Reuters. Following Thursday’s attack, Ukraine suspended operations at its sea ports.

Ukraine is not a NATO ally, and the alliance is not treaty-bound to protect it.

On Thursday, NATO Secretary-General Jens Stoltenberg said the assault on Ukraine included Russian naval forces as well as from the air and ground. Speaking to news media, he said NATO had more than 120 allied ships “from the high north to the Mediterranean” and more than 100 jets at high alert.

NATO did not immediately respond to a request for comment for this article. It has previously denied neglecting the Black Sea. Earlier this month, Stoltenberg said Black Sea security is of “vital strategic importance” to the alliance. Three of NATO’s members plus two close partners, including Ukraine, have coastal borders.

NATO has focused on boots on the ground. It plans to deploy land combat units totaling around 4,000 troops to Black Sea countries Romania and Bulgaria as well as Hungary and Slovakia, which border Ukraine. In addition, the United States is sending nearly 3,000 extra troops to Ukraine neighbors Poland and Romania.

Prior to Thursday’s invasion, Russia had amassed more than 150,000 troops on Ukraine’s borders, including in the Black Sea area, the United States has said.

Russia, which has demanded an end to NATO’s eastward expansion, launched airstrikes on Ukrainian cities while advancing troops and tanks early Thursday. Putin said he authorised military action to defend against what he said were threats emanating from Ukraine, a democratic state of 44 million people.

Moscow, which asserts NATO should stay out of waters it claims as its own, had said the recently arrived ships were part of a pre-planned movement of military resources. Russia has long complained about what it has called a dangerous increase in military activity by the United States and its allies in the Black Sea – activities that NATO has said are purely defensive.

NATO’s naval response to Russia also has implications for the West’s ability to assert its interests elsewhere, such as the South China Sea, where Beijing claims sovereignty.

“If, with the whole world watching, we cannot deter the Kremlin, I don’t think the Chinese will be terribly impressed about what we say about Taiwan or the South China Sea,” said retired U.S. General Ben Hodges, who commanded U.S. Army forces in Europe from 2014 until 2017 and who met Ukraine’s President Volodymyr Zelenskiy in Kyiv in early February.

The warmer waters of the Black Sea in contrast to the Arctic have been critical to Russia since at least the 17th century. “Going back to Peter the Great, Russia has always been concerned as a land power about its lack of maritime access, particularly year round ice-free access,” said retired British Vice Admiral Duncan Potts.

Moscow’s annexation of Ukraine’s Crimea peninsula in 2014 allowed it to begin what one Western intelligence official described as the “creeping militarization” of the Black Sea. Russia took over or sank many of Ukraine’s navy vessels stationed in the Black Sea port of Sebastopol.

Russia’s military presence in Crimea and the modernization in recent years of key Russian naval fleets has “shifted the military balance in the Black Sea region in its favour,” said analyst Stephen Flanagan at the RAND Corporation think tank in the United States. Moscow currently has 18 major warships in the Black Sea, said Flanagan, giving it “a formidable force to conduct various operations against Ukraine.”

Meanwhile, the presence of NATO warships in the Black Sea has fluctuated. According to Turkishnavy.net, U.S. naval forces spent around 180 days in the Black Sea last year, up from less than 60 days in 2016 but down from over 200 days in 2014. Non-littoral NATO allies deployed 31 ships to the area in 2014, that dropped to 14 in 2016 before rising again to 31 last year, according to an independent database run by a Ukrainian think tank, the Monitoring Group of the Black Sea Institute of Strategic Studies and BlackSeaNews.

NATO member Turkey does have a navy that operates in the Black Sea region. Other NATO allies – including the United States and France – currently have navy vessels in the Mediterranean.

Ukraine relies heavily on its coastline for trade, with more than half of the country’s exports and imports traveling by sea. The Black Sea port of Odessa, Ukraine’s busiest port and largest oil and gas terminal, came under missile attack on Thursday, regional authorities of Ukraine’s southern Odessa region said.

Ukraine’s military on Thursday suspended commercial shipping at its ports after Russian forces invaded the country, an adviser to the Ukrainian president’s chief of staff said.

Even before Thursday’s attack, there had been a growing reluctance by companies to send ships to the area because of the increased Russian naval presence, the three shipping industry officials plus one other said. That added to existing disruptions to trade caused by global supply chain issues, which has reduced the pool of available vessels willing to sail into the region.

Shipping traffic had recently dropped. The number of container ship arrivals to Ukrainian ports this month through Feb. 20 had fallen to 25 visits, down sharply from 48 visits during the month of January, according to data from ship tracking and intelligence provider MarineTraffic, which is based in Greece.

Odessa had also seen the capacity of ships coming into the port more than halved. For the first three weeks of February it was at 46,357 20-foot container units, down from 82,091 in January and 97,027 in December 2021, data from U.S. headquartered logistics platform project44 showed.

The lack of such a presence despite regular visits by U.S. warships has allowed Russia to declare large areas near the Romanian and Bulgarian coastlines off-limits for months at a time while Moscow conducts military maritime exercises, according to a senior Western military official.

NATO is heavily dependent on member Turkey’s help; the other alliance members bordering the Black Sea – Bulgaria and Romania – have limited navies.

Under the international Montreux Convention of 1936, Turkey has control over passage of vessels between the Mediterranean and the Black Sea. Ships from non-littoral states such as Britain and France, can only stay for 21 days at a time. France has about three naval exercises in the Black Sea each year.

But Turkey must balance Ankara’s strong diplomatic ties with Moscow and its obligations as a NATO ally. Recent informal talks at NATO with Ankara over a possible maritime policing mission have gone nowhere, according to two Turkish government security sources and a NATO ambassador.

“We are evaluating the situation to be prepared for every situation,” Turkey’s defence ministry told Reuters on Feb. 10. NATO has previously declined to comment directly on the possibility of a Black sea policing mission.

“NATO has one hand tied behind its back,” Paul Taylor, a European analyst at the Friends of Europe think tank, referring to Turkey’s reluctance to impose more control over the Black Sea. 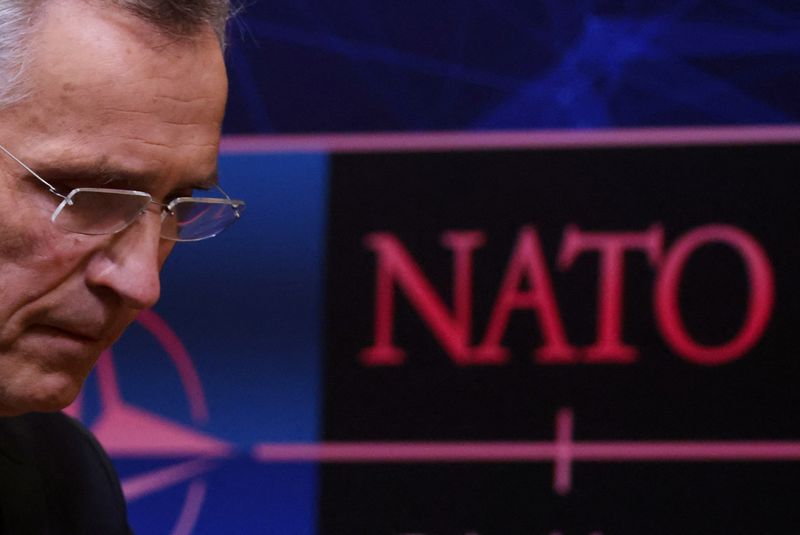 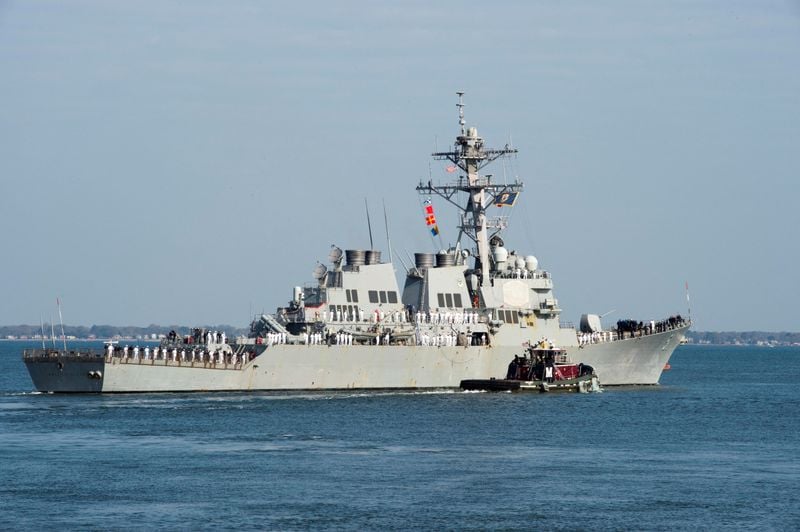 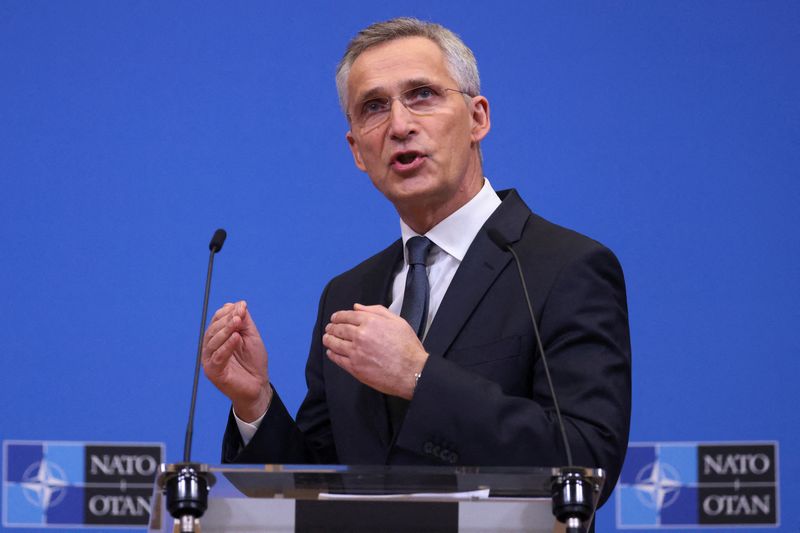 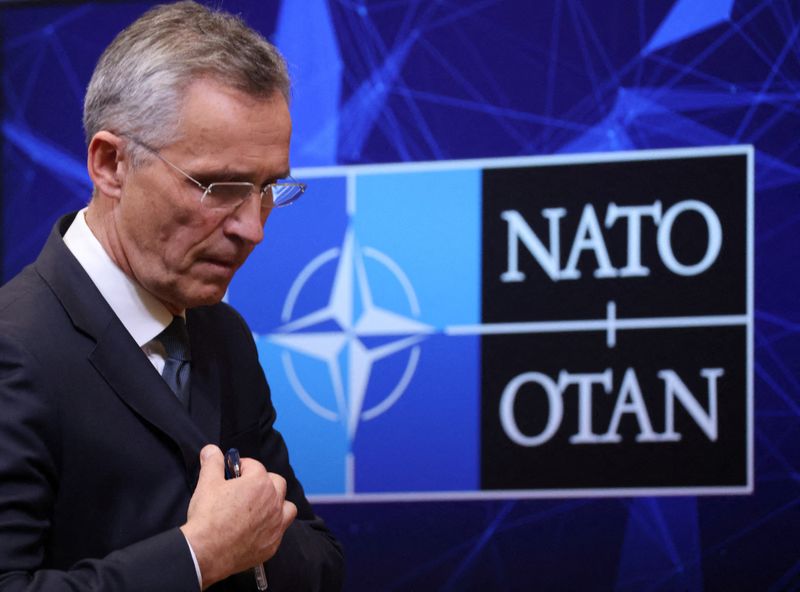