ORLANDO, Florida – At a large weekend gathering of conservatives in Florida, attendees browsed a sea of merchandise emblazoned with “Trump”: Pink cowboy hats, sparkly purses, and T-shirts touting him as the 2024 presidential candidate.

But buried within the brassy rows of Trump merchandise at The MAGA Mall store were hats touting another figure: Florida’s Republican Governor Ron DeSantis, who is seen as a potential 2024 rival to former President Donald Trump, who has hinted repeatedly that he wants to run again.

DeSantis is the only governor for whom Ronald Solomon, owner of The MAGA Mall, says he sells merchandise. Yet, if the store’s sales are predictive of political wins, Trump need not fret. For every DeSantis hat sold, Solomon said he sells around 50 featuring Trump.

“It’s Trump’s party,” Solomon said of the Republican Party as he attended to a group of young women at his stall at the Conservative Political Action Conference (CPAC), a get-together of American right-wing notables, in Orlando, more famous as the home of the Walt Disney World theme park.

That was unquestionably the maxim at the four-day CPAC gathering that ended on Sunday, according to interviews with more than a dozen Republican voters, right-wing media figures and conservative pundits who professed support for the former president.

Trump spoke to a rapturous crowd on Saturday, underlining his hold over the Republican base ahead of November’s congressional elections.

Slightly improving his results from last year’s poll at the Orlando gathering, Trump received 59% of support in a straw poll on possible 2024 White House contenders.

CPAC tends to draw from the more conservative wing of the Republican Party, and its polls are not necessarily a reliable predictor of the eventual nominee.

Trump has not confirmed another run for the White House, but has hinted at it heavily – calling himself the “45th and 47th” president of the United States in a recent social media video. He alluded to it again in his speech on Saturday, saying “we’re going to be doing it again, a third time.”

Still, Trump’s laser fixation on falsely claiming he was the victim of fraud in the 2020 election, which he lost to Democrat Joe Biden, has some establishment Republicans worried he is more interested in nursing grievances than charting the party’s future.

But Trump’s pull with the base – his frequent rallies attract big crowds and many congressional candidates crave his endorsement – means establishment worries could ultimately be immaterial.

CPAC, which touts itself as the “largest and most influential” worldwide gathering of conservatives, gives potential candidates nationwide media exposure and a chance to generate buzz.

Given Trump’s dominance, only the congressional, criminal and civil investigations into Trump seem to have the potential to derail the 75-year-old former real estate magnate from running, said Doug Heye, a former Republican aide.

Trump is dealing with a New York state civil inquiry into his family business and a congressional panel looking into the deadly Jan. 6, 2021, attack on the U.S. Capitol by supporters seeking to overturn the election results.

“It’s not just that it can knock him off the pedestal,” said Heye. “It could cause him to remove himself from the pedestal.”

‘WE LISTEN TO TRUMP’

“Trump is the person we listen to,” said Bommarito, who moved to Florida from New York last year because she felt the state better reflected her values. Still, her alternative 2024 candidate reflected Solomon’s inventory: “If Donald Trump doesn’t run, DeSantis is our first pick.”

She is not alone: When asked at CPAC for whom they would vote if Trump doesn’t throw his hat in, 61% chose DeSantis.

The MAGA Mall’s owner, Solomon, who criss-crosses the country to sell merchandise at Trump rallies, was certain that Trump, who has endorsed dozens of midterm candidates and publishes near-daily statements attacking Biden, would run.

“He’s not going to hand this off to somebody else. It would be like him building a building in New York and giving it to Seymour Durst,” said Solomon, referring to the late real estate mogul.

Many CPAC attendees said DeSantis, a 43-year-old former lawyer with three young children and a wife who has been battling breast cancer, could easily wait and run for president in 2028.

DeSantis did not give any hints about his plans during his CPAC speech, which made no mention of Trump or 2024. Instead, DeSantis touted himself as a principled fighter keeping Florida open for business in the face of hysteria over COVID-19.

While his speech was well-received, DeSantis was given a speaking slot on Thursday, the more thinly attended first day of the conference. Buzz around him had largely waned by the weekend.

Back at The MAGA Mall, Bommarito decided not to buy any DeSantis merchandise. “I’ll get it tomorrow,” she said. 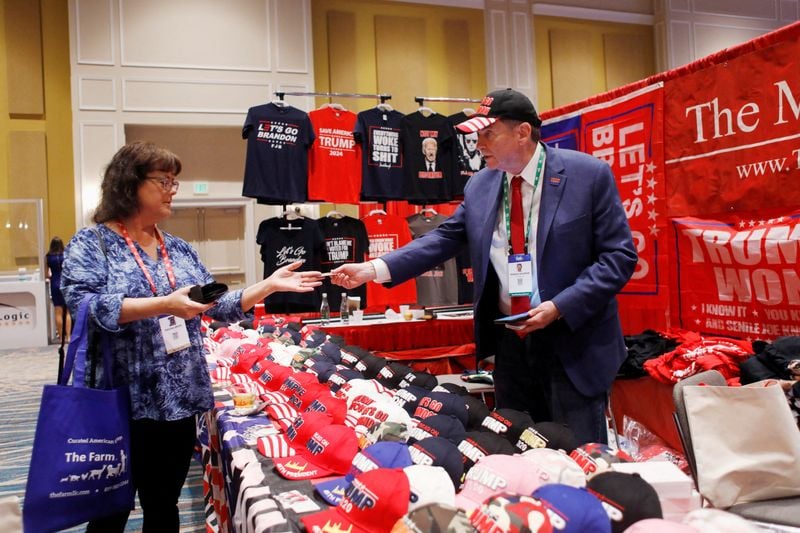 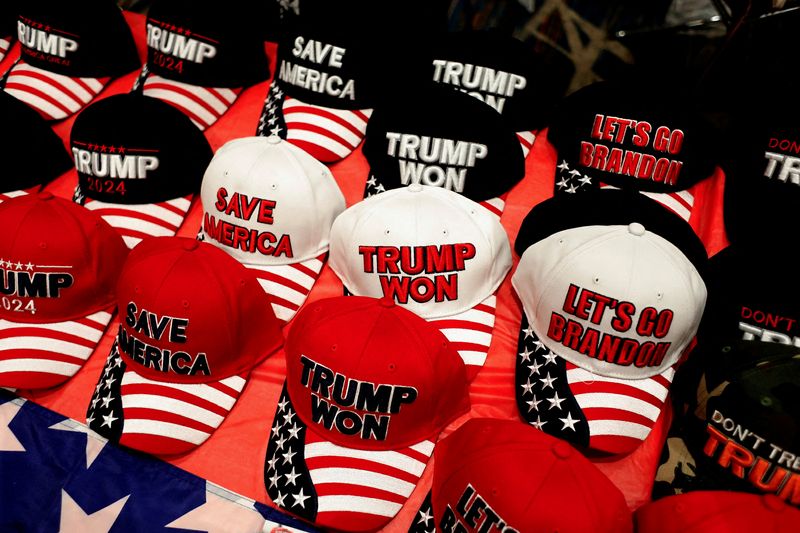