LONDON – The U.S. Federal Reserve and some of its major central banking peers will press ahead with lifting interest rates this month, money markets suggest, even as a war on Europe’s eastern flank complicates the picture for inflation and economic growth.

The situation is fluid, with rate futures and bond prices whipsawed by conflicting impulses and no indication of which could gain the upper hand: a war that threatens to undercut a global economic recovery or the inflation unleashed by an oil price surge that will be hard for central bankers to overlook.

Still, expectations of big rate hike bets have fallen by the wayside, after Russia’s invasion of Ukraine and sanctions slapped on it by Western powers.

The subsequent bond rally, caused also by an influx of safety-seeking cash, has driven German 10-year yields back below 0% on Tuesday, while their U.S. counterparts have dropped some 30 basis points (bps) from the 2%-plus levels touched two weeks ago.

Wednesday brings the first real test of March when the Bank of Canada (BoC) is expected to stick to its guns and deliver a quarter point rate rise – its first since 2018.

The BoC has pledged to be “forceful” in tackling inflation, running at 30-year highs just above 5%. So markets see a 90% chance of a 25 bps increase this month.

The five to six hikes priced for 2022 are slightly less aggressive than a couple weeks ago, when six to seven moves were expected. [BOCWATCH]

The Federal Reserve and Bank of England (BoE) are also forecast to raise rates by a quarter point mid-March. But before the Ukraine crisis erupted, markets saw a high probability both would opt for half-point moves.

“There has been a recalibration of rate expectations and that has become very apparent with the pricing out of a 50 bps (Fed) hike for March,” Caron said.

“So, the question becomes one of trying to figure out what it means for the Fed.”

The dilemma is less acute for the Fed than European peers, given Russia-linked growth setbacks are less likely in the United States. And U.S. inflation is at 40-year highs above 7%, while latest data showed unemployment rolls shrinking to levels last seen in 1970.

BACKS AGAINST THE WALL

Britain faces a similar inflation dilemma, with the added complication of an energy-linked hit to growth.

On Tuesday, 25 bps rate rises were almost fully priced in for the BoE meetings in both March and May, although markets now see a roughly 10% change it may not tighten policy this month – an element of doubt that has only recently crept in.

A total of four quarter-point rate rises are now factored in for 2022, versus five late last week and six in mid February.

“Different central banks are in different boats but the Fed and Bank of England have their backs up against the wall,” senior Mizuho economist Colin Asher said.

British annual consumer price inflation (CPI) hit 5.5% in January, the highest since 1992. While the BoE expects CPI to peak around 7.25%, Citi economists reckon it could reach 8.1%.

British government bonds have reacted far more than money markets, with two-year yields down 40 bps since Friday’s close at around 0.8%. They hit an 11-year high of 1.565% on Feb. 16. The fall in yields since the announcement of sanctions against Russia is the sharpest since just after June 2016’s Brexit referendum.

Norway is also expected to raise rates on March 24.

Prior to the Russian invasion of Ukraine, which Moscow calls a “special operation,” even dovish banks were under pressure from inflation.

While the Reserve Bank of Australia kept rates steady as expected on Tuesday, it hinted that uncertainty caused by war could be reason to be patient with tightening.

As for the European Central Bank (ECB), inflationary pressures are building – German CPI soared past 5% in February – but so are economic growth risks.

While the bank had been preparing markets for a further stimulus cut at its March 10 meeting, rate hike bets are shrivelling. Just under two, 10 bps moves are priced for 2022, versus 50 bps shortly after the Feb. 3 ECB meeting.

Finally, the dash for safe assets has halted the rise in longer-dated Japanese bond yields – a headache for the Bank of Japan (BOJ), which targets 10-year yields in a band around 0%.

“The pressure is off the BOJ as things have moved in their direction,” Mizuho’s Asher said of the March 18 BOJ meeting. 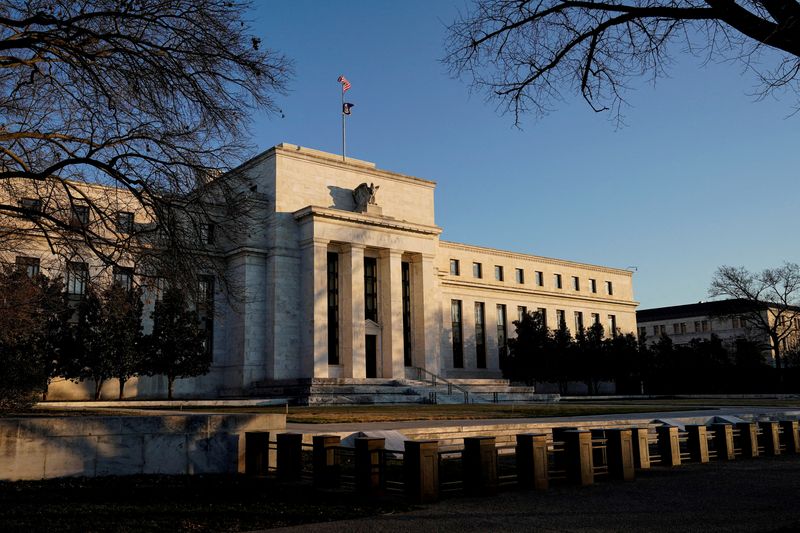