– Apollo Global Management Inc Chief Executive Marc Rowan said on Tuesday that Russia’s invasion of Ukraine could temper interest rate rises by central banks and that he expected inflation to slow down in the long term.

The conflict in Ukraine has roiled global financial markets and fueled a surge in energy prices. While this could exacerbate inflation that was already raging because of supply chain shortages, any ensuing economic slowdown could drag inflation down, which would in turn alleviate the need for higher interest rates, Rowan said in a Reuters Newsmaker interview.

“The path right now should be for higher rates to tamp down inflation. But with Ukraine, the uncertainty is going to modulate that,” Rowan said.

Apollo, one of the world’s biggest investors in alternative assets such as corporate credit and private equity, does not have investment portfolio exposure to Russia or Ukraine, Rowan said. He added that the crisis was having a series of implications across the market and Apollo stood ready to capitalize on investment opportunities by providing liquidity to companies.

The New York-based firm is experiencing higher labor, shipping and energy costs in the companies it owns, and expects these to remain elevated in the first half of the year, Rowan said. Inflation should abate longer-term as the effect fades of the economic stimulus that governments around the world launched two years ago in the wake of the COVID-19 pandemic, Rowan said.

“The underlying factors that historically have given rise to increasing rates just don’t exist,” Rowan said.

Rowan said he expects Apollo, which has about $500 billion in assets under management, to step up sustainable investments through a platform it unveiled last week. He said Apollo financed fossil fuel companies if they were in the process of transitioning into clean forms of energy.

Rowan succeeded Leon Black last year, who stepped down as Apollo’s CEO after an independent review found that he had paid $158 million to late financier and convicted sex offender Jeffrey Epstein for advice on tax and estate planning and related services between 2012 and 2017. The review cleared Black of any wrongdoing.

Black, who remains Apollo’s largest shareholder, and Apollo co-founder Josh Harris, who sits on the firm’s board, are now “completely out of the business,” Rowan said, adding that he did not need their advice at this stage.

“This is a business I know well. I joke with people internally, it’s not a hard job, it’s just a lot of work,” Rowan said. 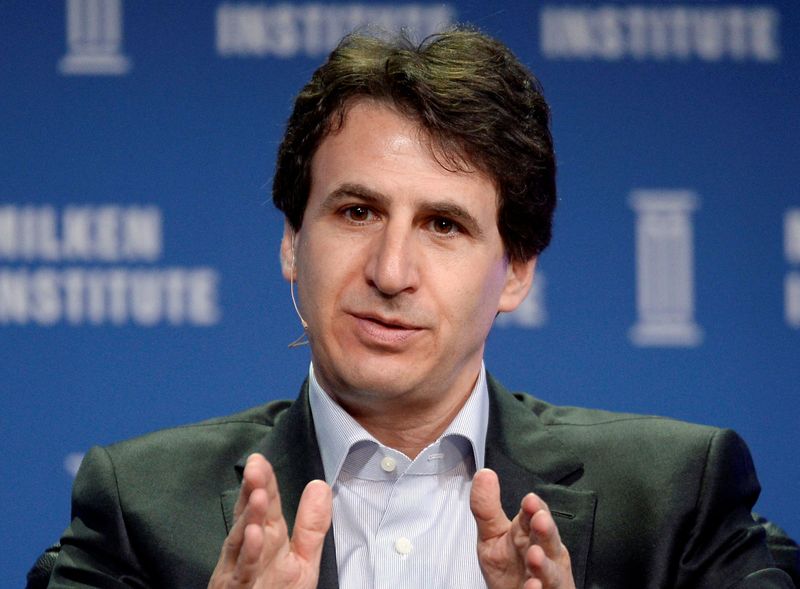