BENGALURU – Canada’s runaway house prices will keep growing at a robust pace this year, despite several rate rises expected from the central bank, according to a Reuters poll, which also showed the likelihood of a significant correction was low.

Home prices in Canada, one of the frothiest property markets in the world, have risen for more than a decade on near-zero interest rates. That, combined with C$100 billion government aid to the economy drove bumper activity in the market even during the pandemic.

The Canadian economy likely started 2022 on a strong footing, despite the impact of the Omicron variant and protests that shut key border crossings, and home prices soared nearly 21% from a year ago in January ahead of widespread expectations for interest rate rises starting Wednesday. [CA/POLL]

Ten of 13 respondents said the likelihood of a significant correction in the Canadian housing market this year was low, including two who said very low.

“Rampant home price increases are likely to extend through the early spring. Buyers are frantic given price growth trends and low inventory, while racing against the clock as lower rate commitments come to an end,” said Bryan Yu, chief economist at Central 1 Credit Union.

Expectations of higher interest rates this year and next, a shortage of homes, a strong labour market and higher immigration were seen as likely drivers of housing market activity in 2022.

Canada plans to welcome more than 1.3 million immigrants over the next three years, according to the government’s 2022-24 Immigration Levels Plan released in February.

House prices in Toronto and Vancouver were expected to rise 10.0% and 6.0% this year respectively, up from 5.2% and 5.0%predicted in December and while the upswing is good for sellers, it throws challenges for buyers – specially first-timers.

First-time home buyers looking to live in Canada’s biggest markets, like Vancouver or Toronto, find themselves pushed out to smaller regional areas due to record high prices.

All 15 real estate analysts who responded to another question said the housing market would not become a buyers’ market this year. The consensus showed it could happen next year or later but the conviction among respondents was not strong.

“The market is so sharply tilted in sellers’ favour at the moment that I think it will be balanced market, rather than a buyers’ market, as interest rates rise,” said Stephen Brown, senior Canada economist at Capital Economics.

When asked how high would the overnight rate have to go this year to significantly slow Canadian housing market activity, the median showed 1.25%, a level the separate Reuters poll predicted it to reach later this year. Forecasts ranged between 1.00% to 3.50%. 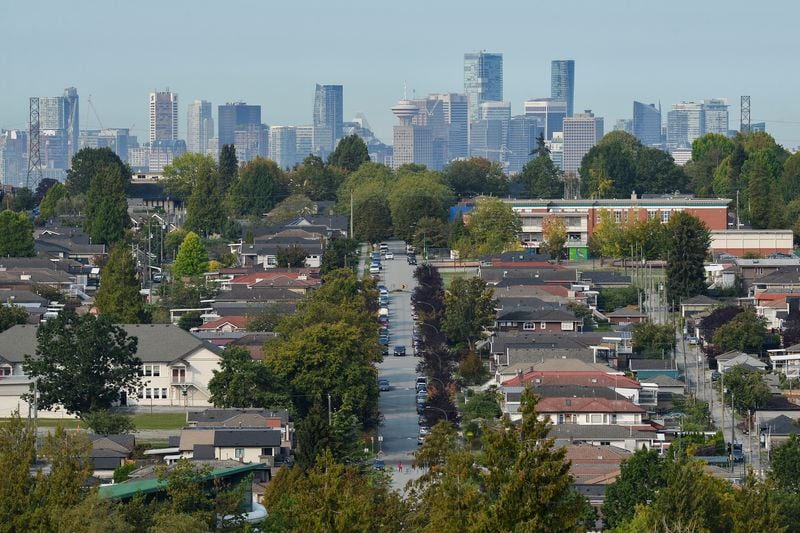