MEXICO CITY – An overwhelming vote by workers at a northern Mexican factory to elect an independent union, defeating an entrenched labor group, could presage more such showdowns amid growing U.S. pressure to strengthen worker rights.

Independent union SNITIS won nearly 87% of the vote at the Tridonex auto parts plant in the border city of Matamoros late on Monday, clobbering powerful union CTM, which also recently lost an election at General Motors Co in the central city of Silao.

Tridonex came under U.S. scrutiny last year after U.S. unions pushed for a labor complaint under the United States-Mexico-Canada Agreement (USMCA) trade deal, saying workers had been blocked from choosing their union.

CTM’s latest defeat could encourage workers at other plants in industrial Matamoros to seek new representation, say workers and experts, in line with a recent Mexican labor reform meant to give workers a stronger voice, a tenet of the USMCA.

Many workers at Tridonex, owned by Philadelphia-based Cardone, had accused CTM, one of Mexico’s biggest labor groups, of failing to demand higher wages.

Cardone thanked workers for participating at Tridonex, which refits second-hand car parts for sale in the United States and Canada, and said it would work with the winning union once officials certify the vote.

For Tridonex worker Hector Manuel, the vote marked “justice” for colleagues who began a push to change unions two years ago. Some were fired for what they described as retaliation for their activism, beginning with wildcat strikes in 2019 at numerous Matamoros factories.

“It’s a big step … for my colleagues to be able to lose their fear and think about their futures,” said Manuel, adding he barely gets by on a daily paycheck of 260 pesos ($12.62).

“This will motivate people to make the effort to organize,” he said.

Labor scholar Cirila Quintero said fledging SNITIS has hard work ahead to negotiate its first contract, but its victory sends a strong message after long-simmering resentment toward CTM.

“This is a lesson to listen to workers and not belittle their claims,” she said. 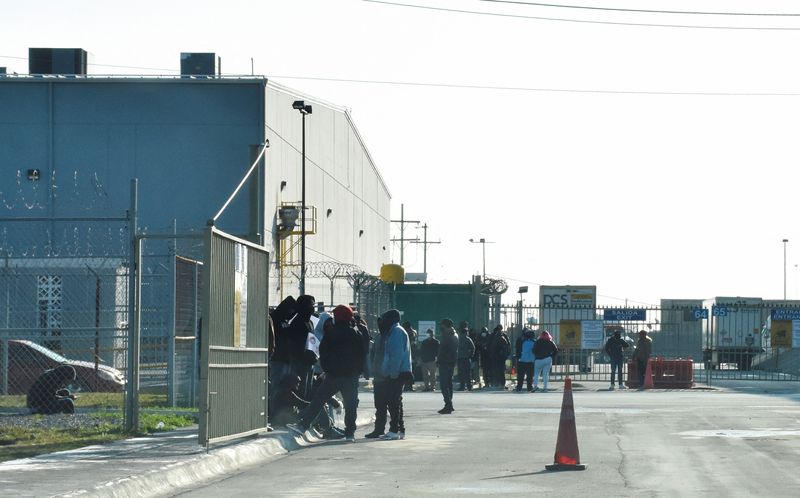