At the Medyka crossing, Poland’s busiest, along its roughly 500-kilometre (310-mile) border with Ukraine, refugees called for a no-fly zone over Ukraine — something NATO powers have so far ruled out on the grounds it would risk escalating the conflict beyond Ukraine.

“Please close the sky,” said Solomiya Zdryko, 18, who fled from Lviv in western Ukraine. “I know that it’s not possible for us to join NATO but at least close the sky because people are dying.”

“It’s great that the whole world is watching us and supporting us, but it really needs to stop.”

The number of refugees could potentially rise to 1.5 million by the end of the weekend from a current 1.3 million, according to the head of the U.N. refugee agency, Filippo Grandi.

“This is the fastest moving refugee crisis we have seen in Europe since the end of World War Two,” Grandi told Reuters in an interview.

Poland, whose Ukrainian community of around 1 million is the region’s largest, has accepted nearly 800,000 Ukrainian refugees since the start of the Russian invasion on Feb. 24, Deputy Minister of Internal Affairs Paweł Szefernaker told reporters. More than 106,000 arrived from Ukraine in the last 24 hours, the highest figure since the war erupted.

Russia said its forces had stopped firing near two besieged Ukrainian cities on Saturday to allow safe passage to civilians fleeing fighting, but officials in one of the cities said Moscow was not fully observing the limited ceasefire.

Moscow says its invasion is a “special operation” to capture individuals it regards as dangerous nationalists and to counter what it views as NATO aggression, and has denied targeting civilians.

POLAND AND OTHER EU NATIONS

Most escaping Ukrainians have crossed into the European Union in eastern Poland, Slovakia, and Hungary and northern Romania.

Hungarian Foreign Minister Peter Szijjarto said that 140,000 people have crossed into his country since the start of the war.

The government in Romania — where nearly 200,000 Ukrainians have fled — was expected to approve a decree on Saturday to use a government buffer fund to finance the costs of housing an average 70,000 people per day for 30 days. But it wants EU help too.

“I have stated very clearly that this effort Romania is making cannot be sustained without asking for European Commission help through its financial and support mechanisms,” Interior Minister Lucian Bode said.

Bulgaria plans to extend financial support of 40 levs per day ($22.36) per person for three months for those who file for protection, and to support hotel owners who have opened their facilities to host the refugees. Some 20,000 Ukrainians have entered Bulgaria, border police said.

With men of conscription age obliged to stay in Ukraine and help in the defence, it has been mostly women and children who have made the crossing.

Authorities and volunteers across central Europe have pitched tents to provide medical aid and process asylum papers at the borders, before helping Ukrainians find jobs and accommodation in bigger cities.

Officials said many of the refugees who have arrived so far had friends and places to go to but they worry further waves of Ukrainians would arrive with less and need more help.

Czech Interior Minister Vit Rakusan estimated 50,000 refugees from Ukraine had reached the Czech Republic as of Friday. The country does not share a border with Ukraine but expects to accommodate a large number of refugees.

Prague turned its Congress Centre into a big assistance centre for refugees coming to the Czech capital, with the mayor asking for Ukrainian-speaking volunteers to help settle the new arrivals.

U.S. Secretary of State Anthony Blinken met in Poland on Saturday with Polish leaders before travelling to the border. He praised Poland for its response to Russia’s actions.

With Russian forces stepping up their attacks on Ukrainian cities, some refugees said that while they were grateful for the support they were getting, they wanted foreign powers to do more.

“They could do more only by closing the skies,” said a 33-year-old woman who arrived from Lviv and who gave her name only as Olha.

She broke down in tears when talking about family members she left behind in Ukraine.

“But I think that all countries have helped Ukraine very much and I am very thankful for their help.” 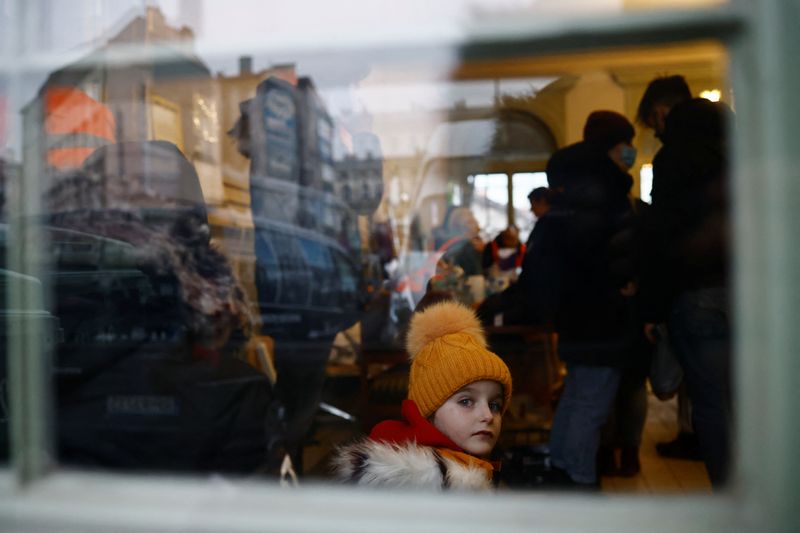 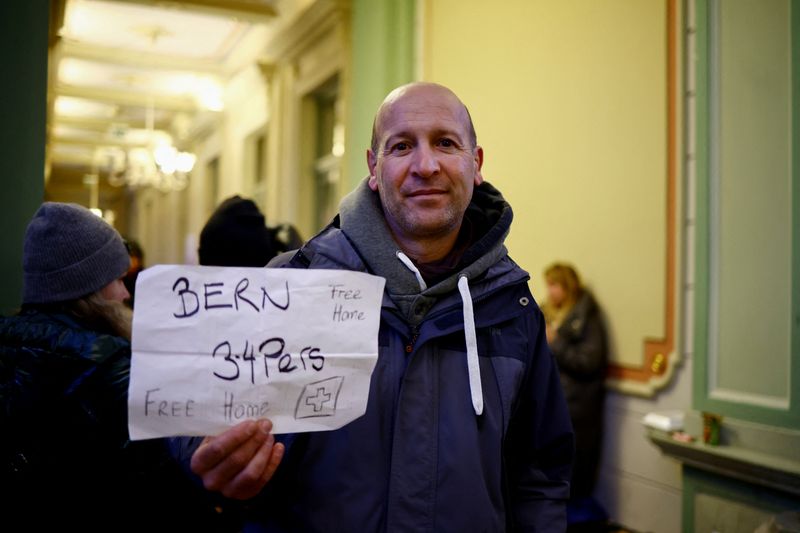 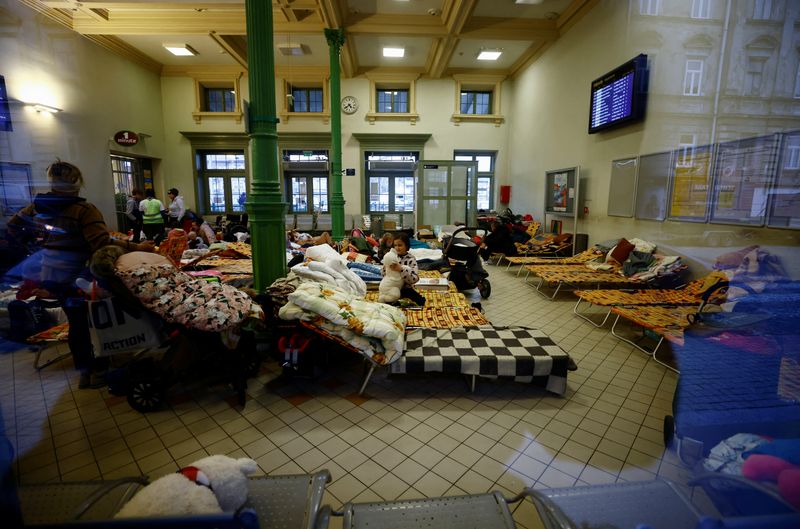 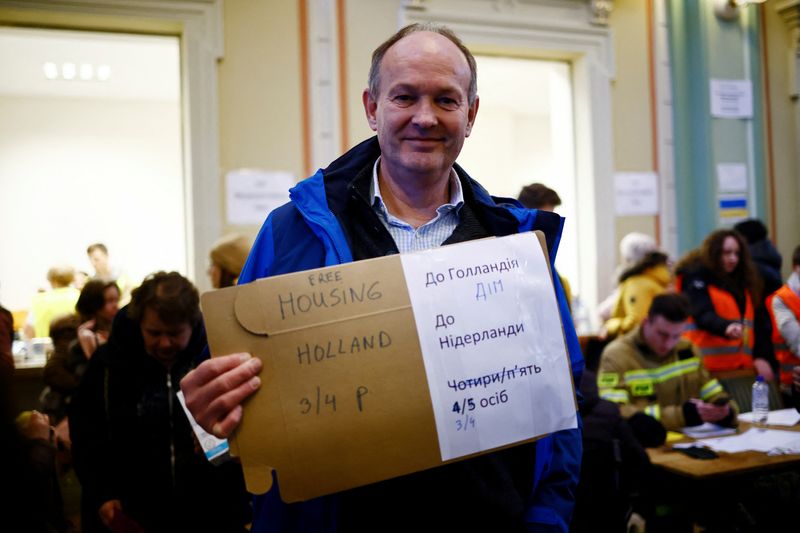 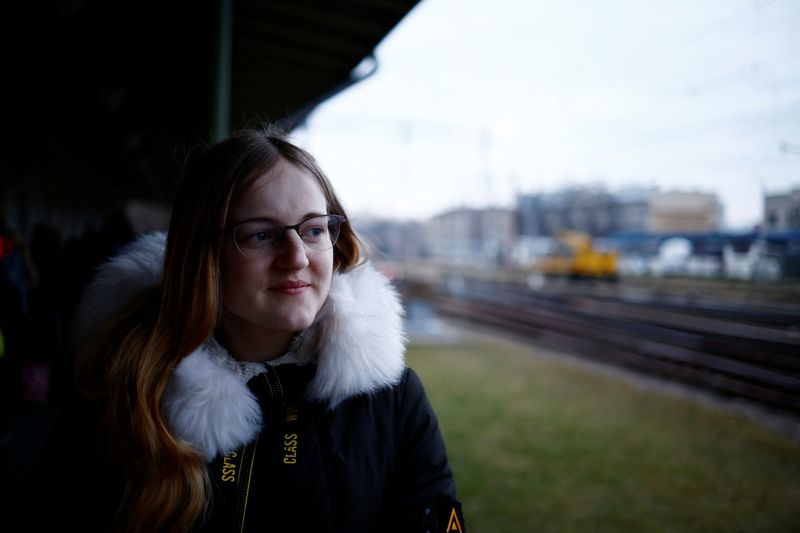