By Satoshi Sugiyama and Maki Shiraki

TOKYO -Japanese airline operator ANA Holdings Inc will only raise airfares as a last resort to cover European route changes, its incoming chief executive said on Wednesday, adding that it would focus on belt-tightening first.

Koji Shibata, who takes the helm of the parent company of All Nippon Airways (ANA) from April 1, also told Reuters in an interview that the crisis in Ukraine was so far having a limited impact on earnings, as the airline had already scaled back international flights due to COVID-19.

His comments are the latest to illustrate corporate Japan’s drive to avoid price increases, despite the spiking cost of fuel and commodities. Years of deflation have made Japanese consumers ultra-sensitive to price hikes and forced companies to avoid increasing prices – prolonging the economic malaise.

“We will do everything we can” to avoid price hikes as a result of the change of European routes, Shibata said.

“But we may be in a situation where we will have to slightly increase air fares to make up for the amount we cannot cover by cost-cutting.”

ANA, like other airlines around the world, changed its routes over Europe following Russia’s invasion. The political turmoil raised uncertainties and jacked up oil prices.

Shibata, though, said the energy price’s surge has limited impact thanks to hedging for domestic and surcharges for international flights.

Airlines are also reeling from the collapse of international travel triggered by the COVID pandemic.


It would take about two years for the demand for international flights to return to the pre-pandemic level depending on how Japan’s COVID-related entry restrictions, which is gradually relaxed, and the Ukraine crisis will unfold. 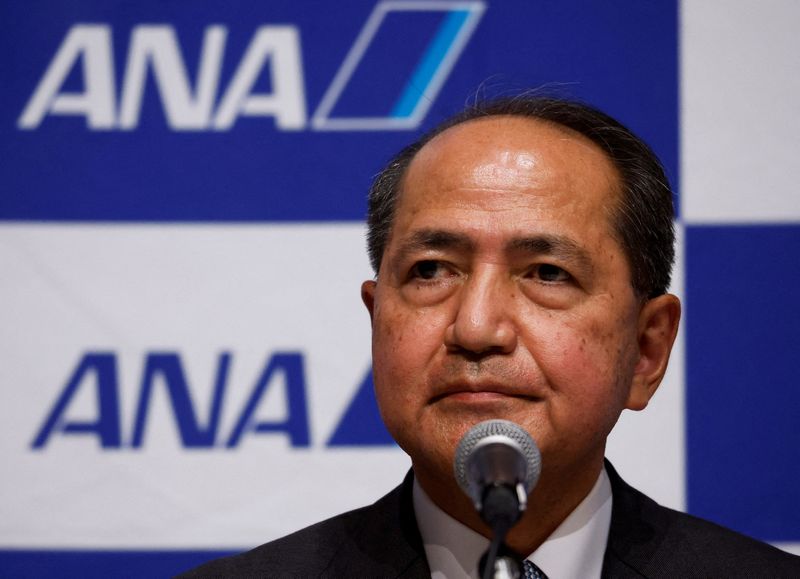