SEOUL – It is unclear if the apparent failure of a missile launch on Wednesday dealt a lasting blow to North Korea’s plans, but analysts say failures are an important part of any development programme and in the North’s case, have often hinted at progress in more indigenous designs.

South Korea’s military said a presumed ballistic missile exploded in mid-air shortly after it was test-fired from the international airport near Pyongyang on Wednesday morning. North Korea has not commented on or publicly acknowledged the reports.

The apparent accident would be an unwelcome setback – and potentially dangerous to anyone in the path of falling debris – but analysts said missile engineers can often learn as much from failures as successes, and the test further underscores progress North Korea is making amid stalled international efforts to curb its ballistic missile and nuclear weapon development.

“A missile launch failure doesn’t imply that they don’t learn from the test; failures can be useful data points in improving their capabilities,” said Ankit Panda, a senior fellow at the U.S.-based Carnegie Endowment for International Peace.

U.S. and South Korean officials have said North Korea may be preparing to conduct its first full-scale intercontinental ballistic missile (ICBM) test since 2017. With the construction of what analysts believe is a ballistic missile support facility at the airport, the site could be a centre of any renewed testing.

Historically, North Korea’s missile program has had a remarkably low rate of known failures compared to many other countries that have built such weapons, said Melissa Hanham, a researcher at Stanford University’s Center for International Security and Cooperation (CISAC) in California.

In one notable incident amid North Korea’s flurry of major new weapons tests in 2017, a Hwasong-12 intermediate-range ballistic missile failed after launch and crashed in a populated area.

“Frankly, I remain surprised there are not more failures,” Hanham said.


Some analysts have pointed to that as evidence that the North, at least initially, relied heavily on technology from partners like Russia. Its first ICBM, the Hwasong-14, is also believed to have technology gained through cooperation with Iran.

“There is no flawless development, and if there seems to be one, it always turns out that a lot of development work had been done elsewhere before,” said Markus Schiller, a Europe-based missile expert who has researched foreign aid to North Korea’s programme. “Therefore, from that perspective, a failed launch might hint at a real indigenous development.”

North Korea has not disclosed what missile was involved in Wednesday’s launch, nor the two most recent tests on Feb. 27 and March 5, which were also fired from the airport. It said those launches were for testing spy satellite equipment, but U.S. and South Korean officials said they were secret tests of a huge new ICBM system, known as the Hwasong-17.

“It makes sense that as they transition toward larger, newer missiles, including possibly the Hwasong-17, they’d see more failures,” Panda said.

If the Hwasong-17 was involved in Wednesday’s botched test, however, it would be unusual that the failure didn’t occur on the first or second flights, Schiller said.

The quick interval between the tests is also unusual for a developmental programme, as it doesn’t give time for the engineers to tweak their designs, he said.

“Therefore, it seems that the missiles were already manufactured and ready for launch even before number one was launched, which would hint at a programme that is already beyond prototyping,” Schiller said. “Or it might hint at taking high risks.”

Because the failure came soon after liftoff, it likely involved the missile’s first stage, which in the case of the Hwasong-17 has a complicated set of four massive rocket engines, Hanham said.


“Though North Korea heralded the tests of individual engines as successes, clustering four of them together for the first stage of the Hwasong-17 is very challenging,” she said. 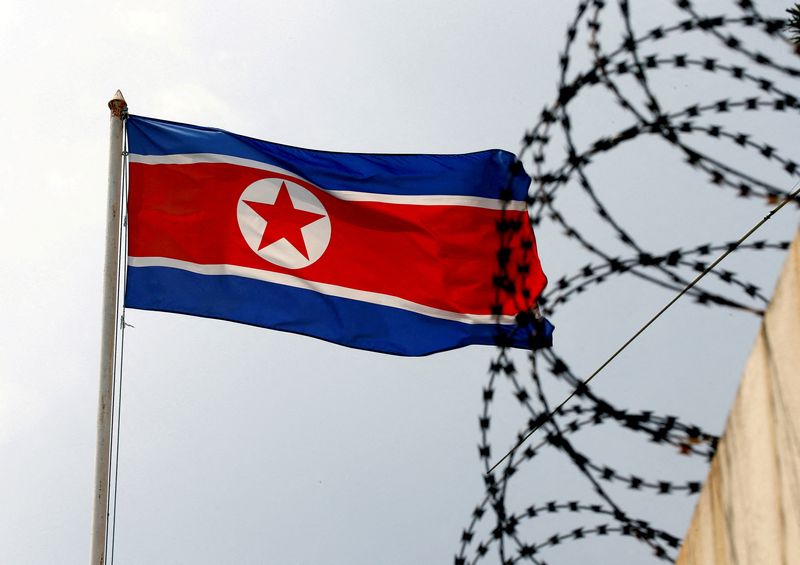