By Josh Smith and Minwoo Park

SEOUL – South Korean president-elect Yoon Suk-yeol, breaking with decades of tradition, said on Sunday he will move the presidential office from the Blue House to the defence ministry compound, a step estimated to cost $40 million.

Yoon, who narrowly won a bitter March 9 election, had pledged to relocate the office to a more accessible place, and open the Blue House in Seoul to the public.

He also said on Sunday he would move his official residence to Hannam-dong, a neighbourhood that houses many business executives and diplomats.

Yoon’s plans have met with mixed reactions from South Koreans, as even supporters urge Yoon to limit the inconvenience to people and businesses near the new locations.

The Blue House move whipped up a fierce debate among feng shui experts after some rival Democratic Party officials accused Yoon of being influenced by masters of the ancient form of geomancy that originated in China.

The defence ministry headquarters is in the Yongsan neighbourhood of the capital, next to a massive former U.S. military base that has largely closed down and moved to south of the city.

“It’s difficult, but it’s a decision I made for the future of the country,” Yoon told a news conference. “I earnestly ask the people to understand that this is not simply a relocation of the place but my determination to serve the people, work properly and keep my promise with the people.”

Feng shui masters have said the Blue House location was inauspicious. Four of the six presidents in the country’s 25-year democratic history have been imprisoned or killed themselves after leaving office.

Yoon’s team has dismissed any suggestions the move was influenced by such considerations, saying it would improve public access and communications with aides, and that the Blue House executive mansion had become a “royal palace,” isolated and enclosed by forests and tight security.

Outgoing President Moon Jae-in had also said he would find a new office but abandoned the plan for security and logistical reasons.

Yoon said the defence ministry compound is already well equipped with national security and command facilities, making it easy to transition there without compromising security or inconveniencing residents.

The Ministry of Economy and Finance estimates the move will cost 49.6 billion won ($40.1 million), including relocating the defence ministry and renovating both the new office and official residence. 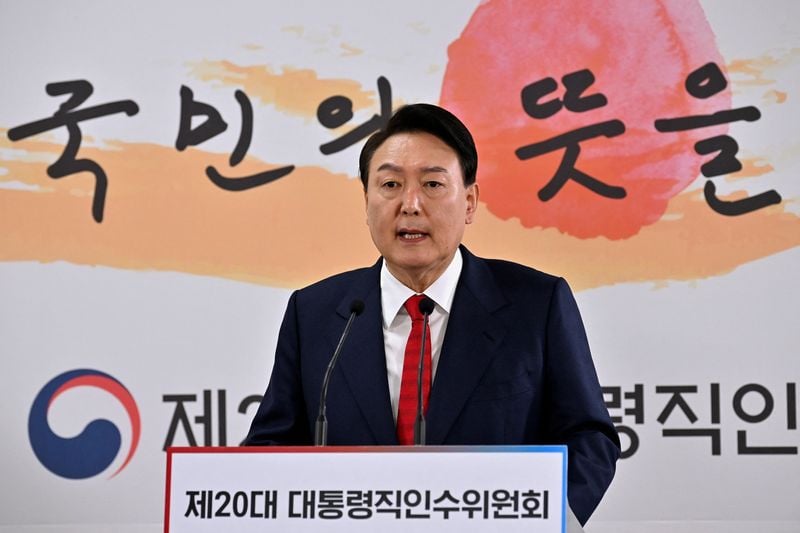