By Karen Brettell and Davide Barbuscia

(Reuters) – Investors are gauging whether comparatively quick balance sheet reduction by the Federal Reserve could perk up the flattening Treasury yield curve, which has been flashing warnings of a potential recession.

Minutes from the central bank’s March meeting showed Wednesday that the Fed intends to begin reducing its $9 trillion balance sheet in coming months, eventually reducing its holdings of Treasuries and mortgage backed securities by $95 billion per month – a faster clip than when it undertook quantitative tightening from 2017 to 2019.

The pace of the Fed’s runoff could help boost yields of longer dated Treasuries back above shorter dated ones, depending on how the Treasury restructures its debt issuance to make up for the Fed’s declining purchases.

That may prove a relief for some market participants, who have been concerned by the inversions of various parts of the yield curve in recent weeks, including the closely watched gap between two-year and 10-year yields.

Though such an inversion has been a harbinger of past recessions, analysts are divided on whether the signal may be distorted this time, with some saying that the Fed’s unprecedented bond purchases are holding longer-dated yields lower than they would otherwise be.

A briefer incursion into negative territory might reduce concerns about a recession, and bolster the view that the inversion was related to Fed bond holdings.

“This should steepen the curve. They obviously are well aware that a flat curve is very concerning to us as market participants,” said John Luke Tyner, fixed income analyst at Aptus Capital Advisors.


A steeper yield curve would fly in the face of market consensus. A recent Reuters poll of nearly 60 fixed-income strategists showed no sharp rise was imminently expected in 10-year notes, leaving the yield curve either flat or consistently at risk of further inversion over the coming year.

The yield curve could also steepen if the Fed decides to rely more on balance sheet reduction to tighten financial conditions, which could allow them to be less hawkish on rate hikes. [[L1N2UB1UH]]

The big question is how much is balance sheet reduction worth compared to rate hikes, said Gennadiy Goldberg, an interest rate strategist at TD Securities in New York. If the Fed relies more on balance sheet reductions “that might help steepen the curve a little bit, because it’s been the front-end of the curve that’s been furiously selling off and that could start to stabilize.”

With few signs that surging inflation will abate any time soon, expectations of increasingly hawkish Fed policy have grown on Wall Street in recent weeks, along with concerns over its potential consequences.

Deutsche Bank on Tuesday became the first big bank to forecast a recession, saying a cocktail of geopolitical upheaval and inflation stemming from the war in Ukraine and hefty Fed tightening would throw the U.S. economy into a downturn by next summer and precipitate a 20% decline in equities.

The bank’s analysts expect the Fed to raise rates by 50 basis points at its next three meetings “with balance sheet rundown adding at least another 75bp-equivalent in rate hikes,” according to a recent report.

Wednesday’s minutes appeared to jibe with those expectations, setting the stage for meatier interest rate hikes down the line and reinforcing the view that the Fed is squaring off against sky-high rising consumer prices. Policymakers raised interest rates by 25 basis points last month, the first increase since 2018.

“A lot of this is an affirmation of the (Fed’s) hawkishness,” said Christopher Alwine, head of the Global Credit Team in Vanguard Fixed Income Group. “They’re trying to slow down the economy, and typically, the pattern of the Fed has been they do that until something breaks, and something usually breaks in the financial markets first.”

Analysts at Morgan Stanley, meanwhile, said in a recent note the Fed’s projected estimates exceeded their forecast of $80 billion per month.


“The overall tone of the minutes showed substantially more concern among policymakers around upside risks (to) inflation compared to relatively more limited discussion about growth and risks to the growth outlook,” they wrote. 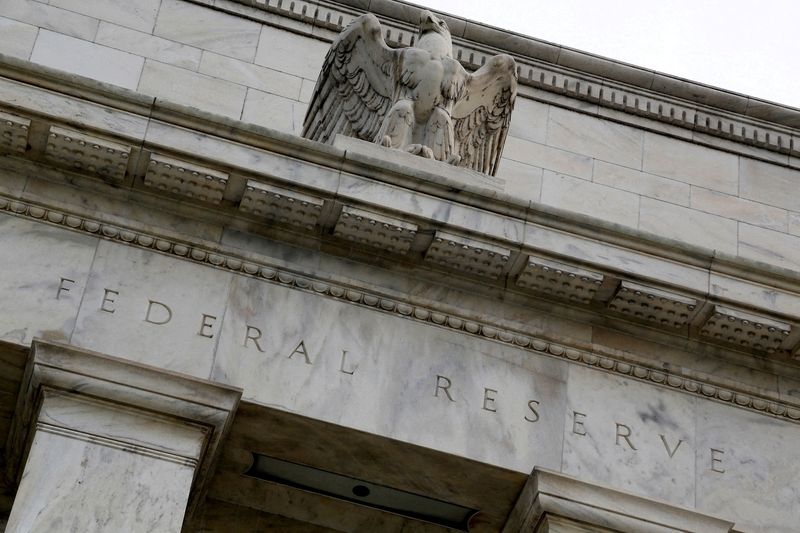