WASHINGTON (Reuters) – Inflation will remain high this year and next even as the Fed moves steadily to lower the pace of price increases, Cleveland Fed president Loretta Mester said Sunday in an interview on CBS’ “Face the Nation.”

By making home, auto and other loans more expensive, Fed interest rate increases and other actions “will help reduce excess demand, which is outpacing constrained supply, and bring price pressures down,” to the Fed’s 2% inflation target, Mester said. “I think it will take some time. … Inflation will remain above 2% this year and even next year. But the trajectory will be moving down.”

The Fed is planning a steady series of interest rate increases this year and expects also to trim its holdings of Treasury bonds and mortgage-backed securities as a second method for lifting the cost of credit to businesses and households.

Mester, who has said she favors a more aggressive pace of rate increases than some of her colleagues, said she was “optimistic” the current economic expansion and strong job market would continue despite tighter monetary policy.

“I think we can reduce excess demand relative to supply without pushing the economy into recession,” Mester said. “It is very important that we get inflation under control. That is the biggest challenge right now.”

Annual inflation by the Fed’s preferred measure is currently 6.4%, a level Mester acknowledge was a “real painful problem” for many families. An unemployment rate of 3.6%, low by historical standards, is producing large wage gains for many workers but for many prices are still rising faster.

President Joe Biden on Twitter Sunday threw the focus on the job market, considered by some economists as among the strongest since World War II.

“Americans are getting back to work at a historic pace. Over the last four weeks, fewer Americans filed initial claims for unemployment insurance than at any time in our nation’s recorded history,” Biden said. 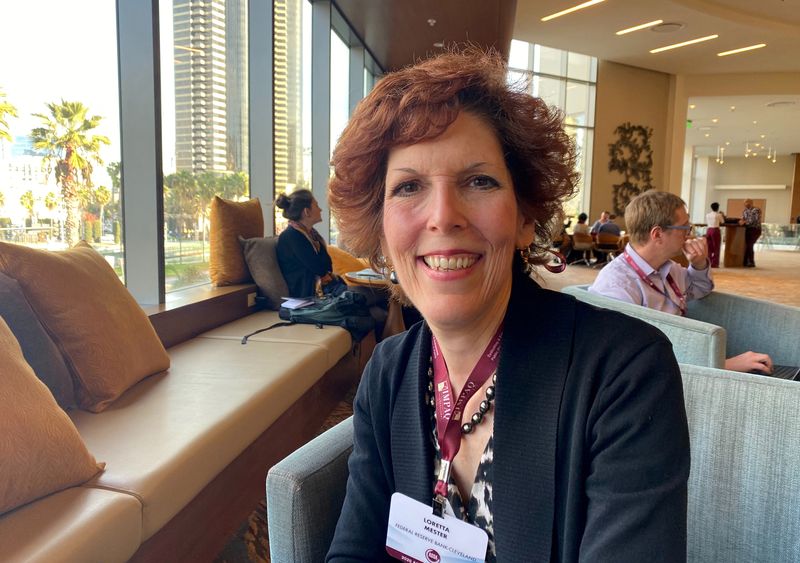