Monthly gross domestic product growth was just 0.1% in February compared with 0.8% in January, the Office for National Statistics said on Monday, below the 0.3% forecast by economists in a Reuters poll.

“The news that the economy was hardly growing at all in February … increases the risk of a contraction in GDP in the coming months as the squeeze on household real incomes intensifies,” Ruth Gregory, senior UK economist at Capital Economics, said.

Britain’s economy in February was 1.5% larger than it was two years earlier, just before the country was hit by the COVID-19 pandemic, the ONS said.

GDP collapsed by more than 9% in 2020, its biggest annual fall since just after World War One, but rebounded sharply in 2021 and suffered only a modest hit from the Omicron variant of coronavirus in December.

However, economists have downgraded their growth forecasts for 2022 due to a surge in inflation caused by rising energy and commodity prices — partly linked to the war in Ukraine — as well as ongoing supply-chain difficulties since the pandemic.

Last month the government’s Office for Budget Responsibility cut its forecast for growth in 2022 to 3.8% from 6.0% in its previous forecast in October, predicting that inflation would hit a 40-year high of 8.7% later this year.

The squeeze on households’ disposable income from higher inflation and a payroll tax rise that took effect in April will be the biggest since records began in 1956/57, the OBR said.

Finance minister Rishi Sunak — whose popularity has slumped after offering only limited support to help households in a fiscal statement last month — said he welcomed the continued growth.

However, some analysts think the economy will shrink over the three months to June, reflecting reduced COVID-related health spending and an extra public holiday to mark Queen Elizabeth’s Golden Jubilee, as well as reduced household disposable income.

“Given this weak near-term outlook for GDP growth, we continue to think that the (Bank of England) will stop increasing Bank Rate after raising it to 1.0% next month,” Pantheon Macroeconomics’s Samuel Tombs said.

Services output, up 0.2%, was boosted by a surge in travel bookings as COVID-19 restrictions eased, although this was largely offset by a sharp fall in health spending after COVID-19 testing and vaccination halved from January’s high level.

Factory output dropped by 0.4% reflecting continued falls in car production due to component shortages and declines in other areas, while milder-than-usual winter weather depressed demand for electricity, causing power generation to fall by 1.0%.

Storms and rising materials costs hurt construction, where output fell by 0.1% on the month.

(Reporting by David Milliken,Editing by William Schomberg and Ed Osmond) 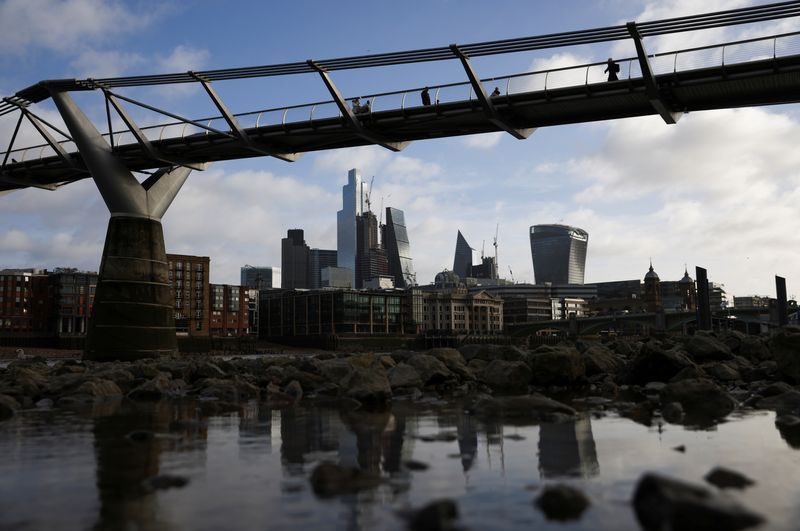