WASHINGTON – U.S. President Joe Biden said American teachers are being unfairly targeted in “the culture wars,” and warned against book banning in an event at the White House Wednesday.

Biden, speaking at an annual 2022 National and State Teachers of the Year award ceremony, said politicians are trying to score points by banning books, in an apparent reference to conservatives and Republicans in states from Texas to Tennessee.

“American teachers have dedicated their lives to teaching our children and lifting them up,” Biden said to murmurs of agreement from the teachers. “We’ve got to stop making them the target of the culture wars. That’s where this is going.”

Across the United States, more than 1,000 titles, mostly addressing racism and LGBTQ issues, have been removed from school libraries in recent months, according to the writers’ organization PEN America.

He also defended U.S. teachers, who have been criticized by groups like “Moms for Liberty,” for they way they teach about race and slavery in the United States.

“Today, there are too many politicians trying to score political points, trying to ban books,” Biden said. “Did you ever think when you were teaching you’d be worrying about book burning and banning books all because it doesn’t fit someone’s political agenda?” 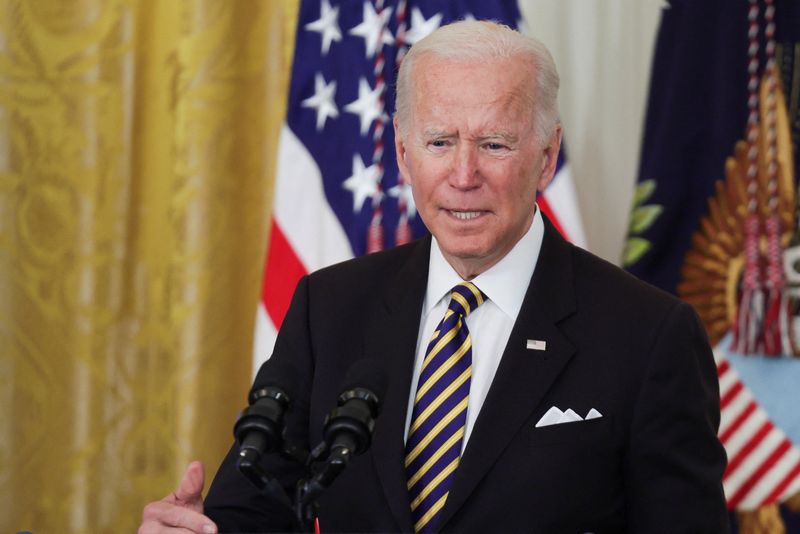 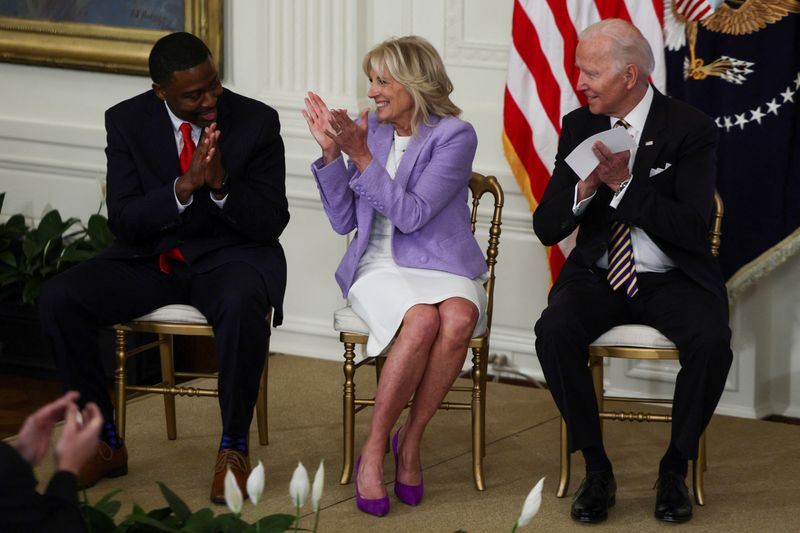 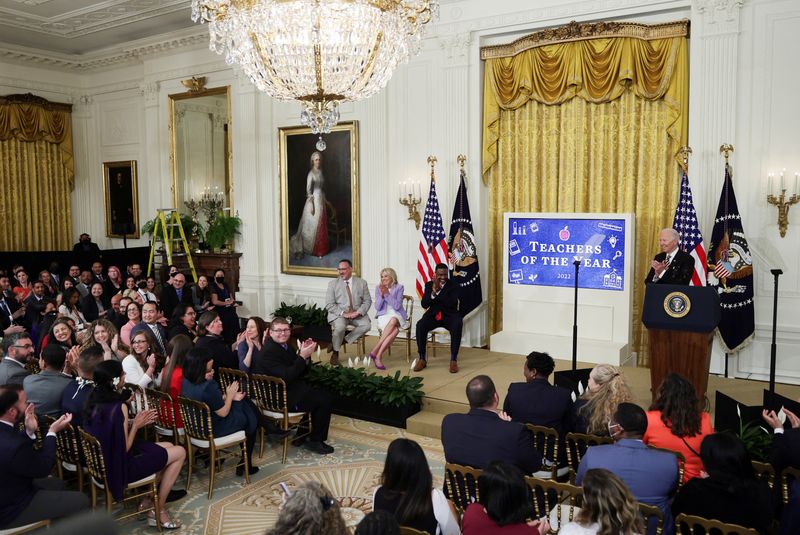