COPENHAGEN -Danish brewer Carlsberg said on Thursday rising consumer prices had not dented demand for beer, as it geared up for further price increases in some markets later this year to make up for soaring commodity costs.

The message from Carlsberg echoes that of other large European companies like Nestle and Danone saying they had successfully managed to pass on higher costs to consumers without harming sales.

The world’s third-biggest brewer said sales rose 27% in the first quarter, with the strongest growth in Western Europe despite economic uncertainty from rising inflation.

“We’ve learned from previous crises that when consumers can’t afford to go on holiday or spend money on new cars and fridges, they instead focus on more affordable luxury items such as premium beer,” Chief Executive Cees’t Hart said.

The rise in sales in the first quarter was in part due to a deflated comparison last year when coronavirus lockdowns closed many restaurants and bars.

Carlsberg, the Western brewer most exposed to the Russian market, joined rivals Anheuser-Busch InBev and Heineken in seeking to withdraw from Russia after Moscow invaded Ukraine on Feb. 24.

The brewer had seen interest in its Russian business, but it was difficult to say what price it could achieve, Hart said.

“We’re making good progress, but it may take quite a while,” he said, without naming potential buyers.

Carlsberg last week said it expected the sale to result in a writedown of about 9.5 billion Danish crowns.

“(Our calculations) brought us to a certain valuation in the market. The question of course is whether we can get that valuation. That is difficult to assess,” Hart said.

The company holds a 27% share of the Russian market through its ownership of the country’s biggest brewer Baltika.

Carlsberg last year generated 10% of its total revenue and 6% of its operating profit in Russia, where it has eight breweries and 8,400 employees.

Hart also said it had reopened its Ukrainian breweries in Kyiv and Lviv, although they were not running at full capacity.

The breweries were closed following what the Kremlin calls its “special military operation” to demilitarise Ukraine.

The company’s shares have recovered slightly since it announced it would exit the Russian market, but remain down around 10% since the start of the invasion. They were trading 1.3% higher at 1022 GMT.

Carlsberg left its full-year guidance for operating profit unchanged with a forecast at between minus 5% and plus 2%.

(Reporting by Jacob Gronholt-PedersenEditing by Barbara Lewis and Elaine Hardcastle) 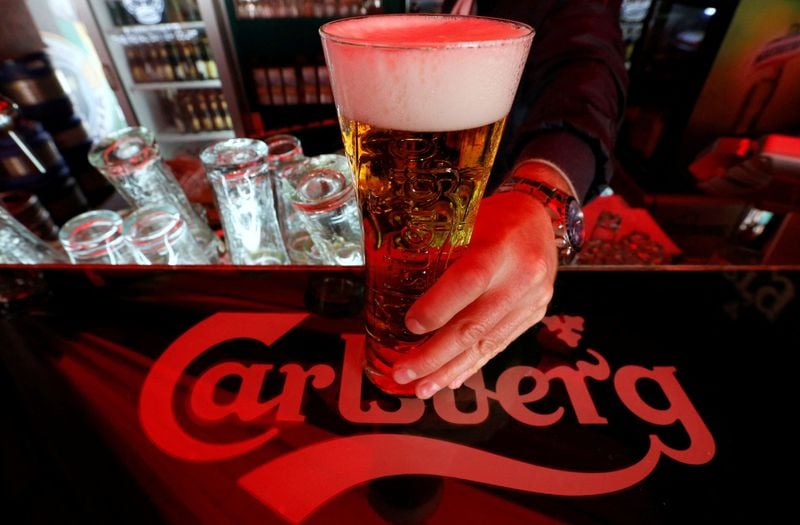