SEOUL (Reuters) – South Korea’s exports are expected to have posted their slowest growth in 14 months in April while consumer inflation is seen hitting a near 11-year high, a Reuters poll showed on Thursday.

Outbound shipments were seen rising 14.5% from a year earlier after a revised 18.2% gain in March, according to a median forecast of 13 economists, marking the slowest growth since February 2021.

“South Korea’s export growth is set to slow on the back of a very high base effect and slowing growth momentum in China,” said Lloyd Chan, senior economist at Oxford Economics.

China, the biggest trading partner for the smaller neighbour, continued to enforce heavy lockdown measures in major cities in April to fight a surge in Omicron coronavirus cases under the “zero COVID-19” policy.

During the first 20 days of this month, South Korea’s exports grew 16.9% over the same period a year ago, while shipments to China saw a much smaller increase of 1.8%.

Imports for the whole month were seen outpacing exports by growing 22.3%, according to the survey, bringing the country’s trade balance to a deficit for a second straight month.


Meanwhile, the consumer price index was projected to rise 4.4% in April from a year earlier, according to a median forecast by 11 economists in the survey, speeding up from a 4.1% rise in March and hitting the fastest rise since August 2011.

Industrial output was forecast to post a seasonally-adjusted 0.2% decline in March from the previous month, after four straight months of expansion.

(Reporting by Jihoon Lee in Seoul and Devayani Sathyan in Bengaluru; Editing by Sam Holmes) 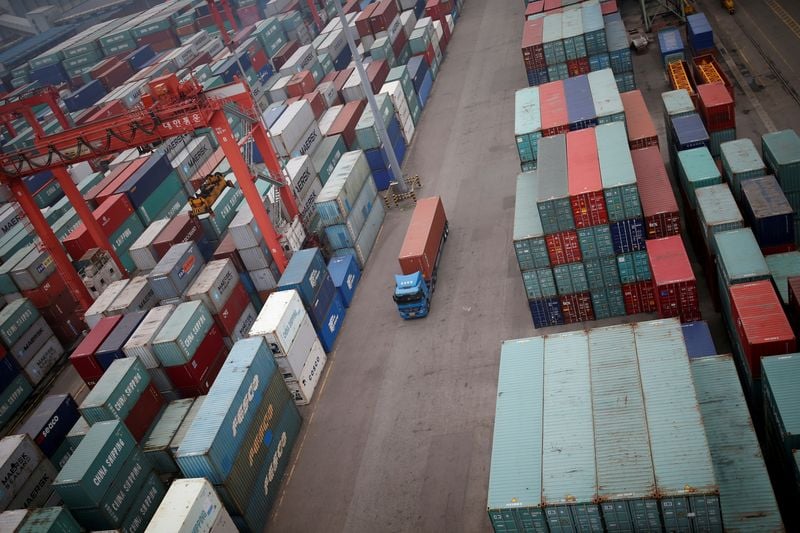