By Jonathan Landay and Pavel Polityuk

KYIV/BUCHA, Ukraine (Reuters) – Olha Boholey still had at least an hour to wait more than two hours after she pulled into the line of vehicles crawling into the only service station selling gasoline in the devastated Kyiv suburb of Bucha.

If she reached a pump before it went dry, she only could buy 10 litres of fuel.

“The lack of gasoline is really limiting what we can do,” said the 37-year-old lawyer, whose parents sat in the back of her SUV as she waited on Monday. “I don’t know what else I can do.”

Boholey and millions of other Ukrainian civilians likely face several weeks – possibly longer – of fuel disruptions due to Moscow’s attacks on energy infrastructure, transportation bottlenecks and a supply cutoff by Russia and Belarus.

Ukrainian President Volodymyr Zelenskiy has pledged to take steps by mid-May to end the shortages that have closed about half of the country’s approximately 7,000 fuel stations and created long lines at those with limited supplies.

Adding to the fuel crunch around Kyiv is an increase in demand due to large numbers of civilians returning to the region after fleeing the failed Russian onslaught on the capital, said Dmytro Mysko, who manages three BRSM Oil service stations.

“Because of the people coming back, demand has risen several times,” said Mysko. One of his stations was serving about double its normal daily volume of around 400 cars before running out of gasoline last weekend, he said.

Serhiy Kuyun of A95 Consulting Group, a research firm specialising in the energy sector, said solving the problem was just a question of time.

“I think we need May to do it and I hope that by June we will have a more or less stable supply.”

“I’m not concerned at all about the army. We have extensive reserves prepared for them,” he said, adding there were also reserves for municipal services. “The main discomfort will fall on the private consumer.”

Zelenskiy said last Friday that “the occupiers are deliberately destroying the infrastructure for the production, supply and storage of fuel.”

Economy Minister Yulia Svyrydenko said in a statement that the shortages would be eliminated by the end of this week, as Ukraine’s retailers had secured contracts with European suppliers.

But distributing those supplies could be snarled as many bridges and highways have been destroyed or damaged. Traffic also is slowed by multiple security checkpoints.

Russian forces, engaged in what Moscow calls a “special operation” in Ukraine to disarm the country and protect it from fascists, last week hit the Kremenchuk oil refinery, putting out of production the last of Ukraine’s two main oil refineries, and have destroyed at least 20 large depots.

The loss of those sources can be managed with imports from European sources using the country’s extensive railroad system, said military sources, speaking on condition of anonymity.

“Thanks to agreements, sometimes at the highest level, the situation with fuel for the army is safe. We are transporting almost everywhere and now the balance looks optimistic,” said one military source, who declined to elaborate.

A government source, speaking on condition of anonymity, said Russian strikes on petroleum depots have led the government to disperse fuel stocks “to avoid new attacks.”

According to Kuyun, fuel traders have also avoided stockpiling supplies by dispersing fuel to filling stations, and have expanded their sources of imports, including a project to bring diesel from the United States.

“This is an unprecedented program,” he said. 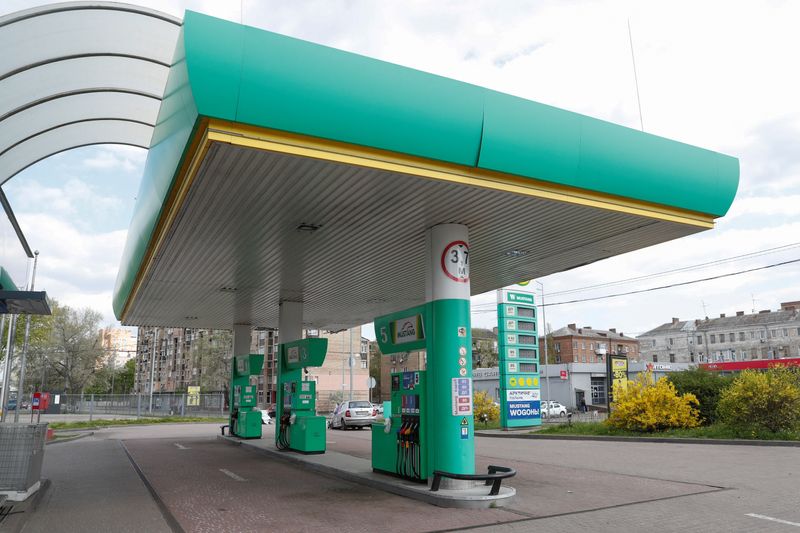 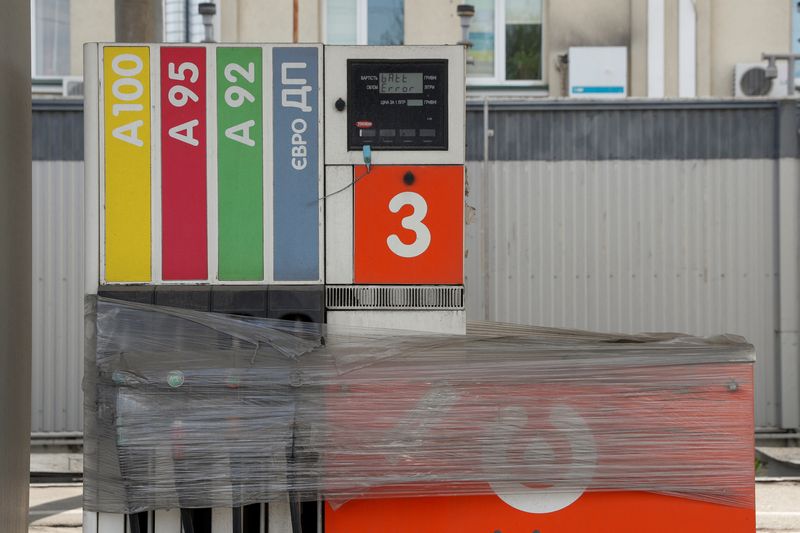