The bottom line came in at 3.53 billion reais ($717.51 million), ahead of an estimated 2.79 billion reais, also boosted by the company’s financial result.

“We delivered volume and EBITDA (core profit) growth despite the industry’s volatility in several markets and even as costs remained under pressure,” Chief Executive Jean Jereissati said in a statement.

Volumes grew 3.6%, a figure the subsidiary of Belgium’s Anheuser-Busch InBev SA viewed as positive given the new wave of COVID-19 infections driven by the Omicron variant and the postponement of Brazil’s Carnival parades for the second quarter.

“As expected, cost pressures remained in place … due to higher commodities prices, which were already projected,” Ambev said in a securities filing. 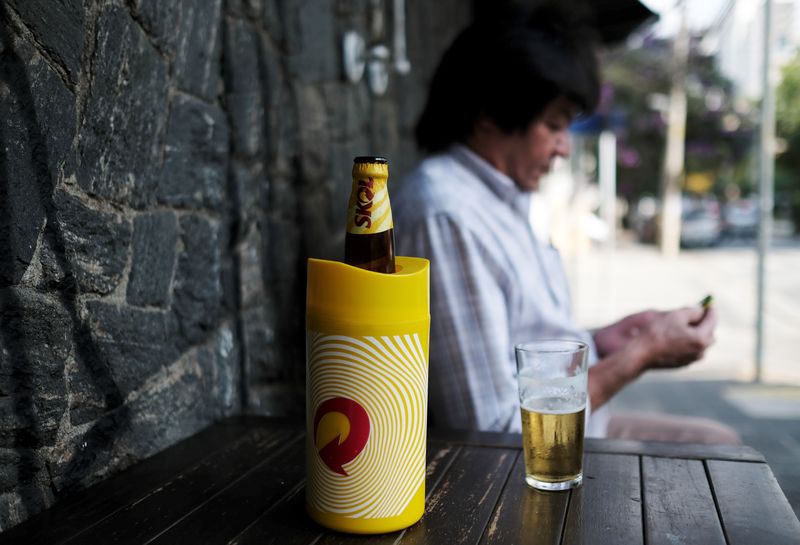