(Reuters) – Block Inc, the fintech firm led by Twitter co-founder Jack Dorsey, said on Thursday it had not seen a decline in overall consumer spending through April, after reporting a first-quarter operating profit that topped Wall Street targets.

Block’s shares rose 10% in extended trading even though the company, formerly known as Square, reported a lower-than-anticipated adjusted profit as demand for bitcoin weakened due to a decline in cryptocurrency prices.

The company, which offers merchant payment services and an app that lets people trade the cryptocurrency, closed its $29 billion acquisition of Australian buy-now-pay-later pioneer Afterpay Ltd during the quarter.

The deal created a transaction giant that competes with banks and tech firms in the financial sector’s fastest-growing business.

Afterpay contributed $92 million to the first quarter’s gross profit, which was recorded under the Square and Cash app units. That helped Cash App – a service that lets individuals send payments including in bitcoin – post a 26% jump in gross profit.

“Through April, we have not yet seen a deterioration in overall consumer spending,” she said, adding that Afterpay’s gross merchandise value – the value of all goods sold – was expected to rise 15% in April.

Block posted operating earnings, known as adjusted EBITDA, of $195 million, ahead of the Wall Street average expectation of $136 million, according to IBES data from Refinitiv.

In the three months ended March 31, revenue fell 22% to $3.96 billion. The company earned an adjusted profit of 18 cents per share, below analysts’ estimates of 21 cents.

The company’s bitcoin revenue halved to $1.73 billion, hit by a drop in interest from retail traders as prices of the cryptocurrency retreated after a sharp rally last year that was fueled by its rising acceptance in the mainstream. 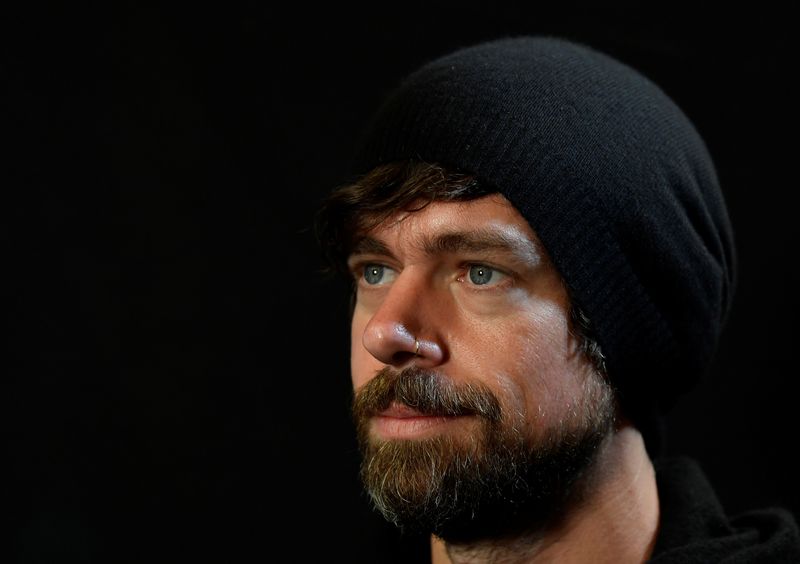