LONDON -Britain’s pound and government bond yields slid on Thursday, after the Bank of England raised interest rates to their highest since 2009 but warned that the economy was at risk of recession.

Sterling tumbled more than 2% against the dollar to a low of $1.23615, its lowest since July 2020.. It was set for its biggest one-day fall since March 2020, when the spread of the COVID-19 pandemic wreaked havoc on world markets.

The pound slumped 1.4% against the euro to its lowest level since December 2021 at 85.45 pence. That meant the euro was poised for its best day against sterling since September 2020.

BoE Governor Andrew Bailey said the forecasts did not meet the technical definition of recession but of a very sharp slowdown.

“The weakness of the growth outlook means that the inflation outlook is pretty weak too,” said Chris Scicluna, head of economic research at Daiwa Capital Markets.

“Markets are right to take a step back and we had thought that scale of tightening priced in was excessive.”

The BoE revised up its forecasts for price growth, which now show consumer price inflation peaking above 10% in the last three months of this year.

It had previously predicted a peak of about 8% in April.

A split also emerged in the rate-setting Monetary Policy Committee with two members saying the guidance was too strong, given the risks to growth, while three policymakers voted for a larger 50 basis point hike.

“Two members’ suggestion that further hikes are not appropriate is resonating,” said Neil Jones, head of hedge fund sales at Mizuho in London.

In bond markets, gilt yields fell sharply as investors reassessed that rate outlook and as the BoE appeared in no immediate rush to start selling the government bonds it holds.

Two-year gilt yields were last down 13 basis points on the day at 1.41%, having hit a one-month low.

London’s FTSE stock index took comfort from a weakening currency. It was last up 1.06%, although British bank stocks fell more than 1%.

Sterling traders also had one eye on Thursday’s local elections.

Johnson’s Conservative Party is projected to lose more than a third of its local council seats across Britain, an outcome that analysts say would increase pressure on Johnson to quit following a series of scandals linked to the COVID pandemic.

(Reporting by Samuel Indyk; additional reporting by and Dhara Ranasinghe and Danilo Masoni; editing by Sujata Rao and Alex Richardson) 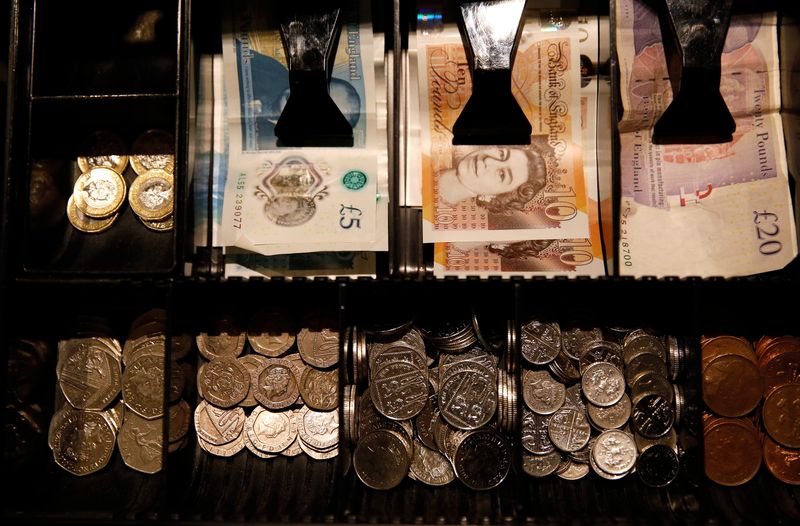