By Christoph Steitz and Ben Klayman

(Reuters) – CATL, the world’s largest battery maker, is in the final stages of vetting sites in the United States to build electric vehicle batteries, an investment that would mark the Chinese company’s first production in the world’s second-largest car market, two people with knowledge of the plans told Reuters.

Contemporary Amperex Technology Co (CATL) is in talks to open plants that would serve BMW AG and Ford Motor Co, and potential sites include South Carolina and Kentucky, where those automakers have assembly plants, according to the two people, who asked not to be identified because the talks are ongoing and private.

In the case of the potential South Carolina plant, the goal would be for battery production to begin in 2026, one of the sources said. BMW is already a customer of CATL.

CATL, whose other customers include Tesla and Volkswagen, declined to comment.

Chairman Zeng Yuqun said on Thursday the company was exploring possibilities to localize production for overseas automakers in their countries.

He said CATL had begun mass production of batteries for overseas markets in 2021 and was looking to lock in its standing as the major battery supplier to automakers overseas “in the next round of supplier sourcing,” which he said would begin from 2026.

The Ningde, Fujian-based company is ramping up production and its sourcing of minerals to meet growing demand for EVs. Consulting firm Wood Mackenzie has said CATL is on track to more than triple its cell manufacturing capacity by 2025.

BMW said in a statement that it was “intensively examining the possibility of establishing a battery factory” in North America and buying battery materials in the region. “We are in talks with several partners about this,” the company said.

The consideration of the battery investment by CATL comes as the U.S. government rolls out measures to encourage EV investments and other Asian battery makers gear up to build U.S. plants.

This week, U.S. President Joe Biden’s administration said it will allocate more than $3 billion in infrastructure funding to finance EV manufacturing. Biden wants half of vehicles sold in the United States to be electric by 2030.

BMW has an assembly plant in Spartanburg, South Carolina. CATL will open its first battery plant outside China later this year in Arnstadt, Germany, to serve BMW and other automakers. CATL will invest 1.8 billion euros ($1.89 billion) in that factory, which will have an initial annual capacity of 8 gigawatt-hours (GWh) of batteries, the company has said.

BMW’s Spartanburg plant, which builds the top-selling X3 and X5 sport utility vehicles as well as other models, is one of the German automaker’s largest and serves as a big export hub.

BMW Chief Executive Oliver Zipse on Thursday affirmed the German automaker’s plans to reach sales of 2 million fully-electric vehicles by 2025 and have EVs account for at least half of global deliveries by 2030. He said the most important factor for EV production is having local suppliers.

CATL in 2020 purchased a facility in Glasgow, Kentucky, and documents from a June 2020 meeting with Kentucky economic development officials showed the battery maker was considering establishing a facility there.

It was not immediately clear what incentives government agencies in those states would offer for the investment or whether the planned plants would have some kind of joint-venture participation by the automakers.

CATL last month posted its first quarterly profit decline in two years due to soaring raw material costs and disruptions from COVID-19 controls in China. It said on Thursday it expected profit margins to improve as it raised prices in the second quarter and raw material cost pressures eased.

(Reporting by Zhang Yan in Shanghai, Christoph Steitz in Frankfurt and Ben Klayman in Detroit; additional reporting by Christina Amann in Berlin and David Shepardson in Washington; Editing by Kim Coghill) 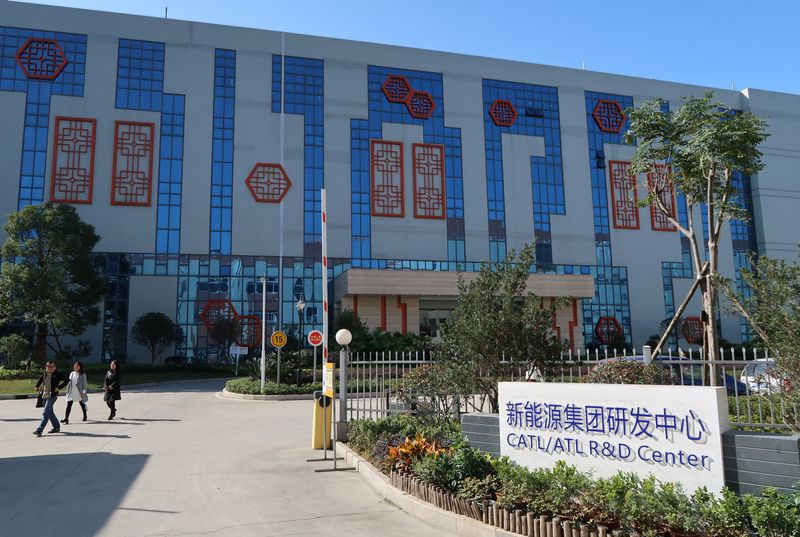