BANGKOK – Thailand is aiming for 5 million to 15 million foreign tourist arrivals this year as the country further eases travel restrictions to support the key tourism sector, a government spokesperson said on Friday.

The Southeast Asian country removed on-arrival COVID-19 tests from May 1, the latest measure aimed at reviving its battered tourism industry which generally accounts for about 12% of gross domestic product.

Tourists are expected to spend between 630 billion baht ($18.35 billion) and 1.2 trillion baht this year, government spokesperson Thanakorn Wangboonkongchana said in a statement, citing the Tourism Authority of Thailand’s projection.

The predicted tourist numbers would be a substantial improvement on the 428,000 foreign arrivals in 2021, but still far short of the nearly 40 million visitors in 2019 who spent about 1.91 trillion baht.

From January to April, Thailand received 742,386 foreign tourists and the number is expected to rise significantly, Thanakorn said.

In a meeting chaired by Prime Minister Prayuth Chan-ocha, an economic task force on Friday approved extending support for the domestic travel industry to September from May, including a 40% government subsidy on another 1 million room nights.

Domestic tourism is expected to generate about 660 billion baht this year, Thanakorn said.

The tourism industry, however, may not return to pre-pandemic levels until 2026, according to Bank of Thailand Governor Sethaput Suthiwartnarueput. 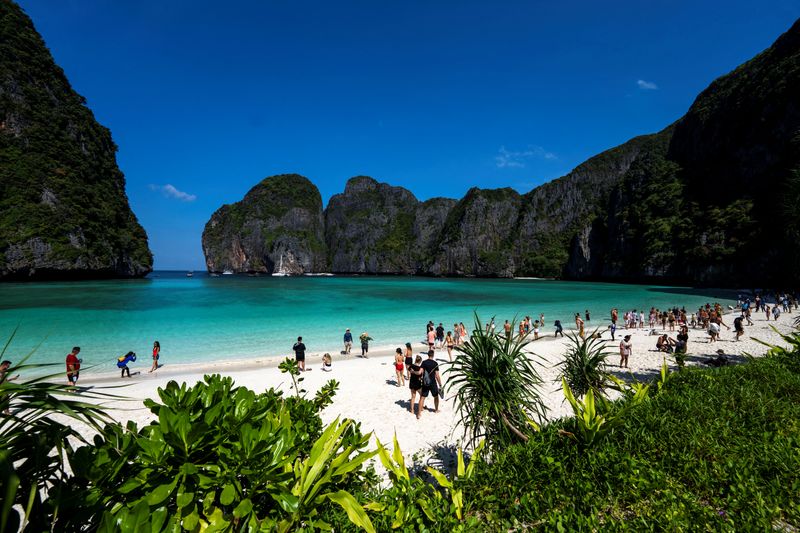