SHANGHAI/BEIJING (Reuters) -Shanghai achieved its long-awaited milestone of three consecutive days with no new COVID-19 cases outside quarantine zones on Tuesday but most residents will have to put up with confinement for a while longer before resuming more normal life.

For other cities in China that have been under lockdown, three days with no new cases in the community usually means “zero COVID” status and the beginning of the lifting of restrictions.

The commercial hub of 25 million set out on Monday its clearest timetable yet for exiting a lockdown now in its seventh week, but the plan was met with scepticism by many residents who have seen isolation extended time and again.

“Normality is very far away,” said one Shanghai resident still stuck at home.

Shanghai plans to resume outdoor activities in stages, with some shops reopening this week, but with most restrictions on movement remaining in place until May 21, after which public transport and other services will resume gradually.

By June, the lockdown should be lifted, but residents will still be asked to get tested frequently.

More people were allowed out of their homes this week, with some joggers and dog walkers spotted. One man was seen fishing in a Shanghai creek.

But tall fences remained around many residential compounds and there were almost no private cars on the streets, with most people still confined to their homes.


It was not clear how many shops re-opened this week but in one positive sign, delivery apps showed more options for people to order from on Tuesday.

But one social media user described the post as “nonsense”.

“We have been locked in at home for two months … This story is meant for anyone else other than people in Shanghai.”

A video posted by another state-backed media outlet announced the reopening of a grocery store, showing about 10 members of staff in hazmat suits making heart shapes with their hands, but only two people who looked like shoppers.

A sign on the shop’s door said customers must present a negative COVID test and a pass showing they are allowed out of their home, among other requirements.

Overall, Shanghai reported fewer than 1,000 new cases for May 16, all in areas under the strictest controls.


China’s uncompromising “zero-COVID” policy has placed hundreds of millions of consumers and workers under various restrictions at a time when the rest of the world is lifting them to “live with the virus” even as infections spread.

Data this week showed the havoc wreaked on the economy by Shanghai’s lockdown and the curbs in dozens of other major cities, with retail sales and industrial output plunging at their fastest pace in more than two years in April.

The capital Beijing saw a 16% plunge in retail sales in April, the beginning of its current outbreak, according to Reuters calculations based on January-April data released on Tuesday. Property sales dropped 26%.

The American Chamber of Commerce warned that COVID controls would hamper foreign investment in China for years to come as travel curbs disrupt due diligence on projects. Big firms are also exploring alternatives for supply chains, it said.

China’s slowing economy will struggle to stage the kind of stunning recovery it achieved from the early depths of the pandemic two years ago, analysts and policy insiders say.

But China’s state planner said on Tuesday it would strengthen support for manufacturers, the service sector and small firms to mitigate COVID’s impact.

A meeting convened by China’s top political consultative body with tech executives was also being closely watched for signs of any easing of a regulatory crackdown on the sector that has weighed on growth.

Chinese shares closed higher on bets for looser regulatory scrutiny on the tech sector and Shanghai’s progress on COVID.


Beijing’s latest daily case count was 52, with authorities discovering a few dozen new infections on an almost daily basis despite gradually tightening restrictions over the past three weeks or so.

Dine-in services are banned in the capital, some malls and other businesses are shut, public transport is curtailed and many residents have been advised to work from home.

Residents in some COVID-affected parts of Beijing’s Fengtai district were ordered not to leave their neighbourhoods, state television reported on Tuesday.

In Beijing’s largest district, Chaoyang, some compounds have closed side exits while main gates are manned by volunteers checking health credentials on the mobile app authorities use to track COVID.

Security personnel patrolled the banks of the Liangma canal, which has become a picnic spot in recent weeks for residents not allowed to go elsewhere. Signs had been put up asking people to “avoid crowds, gatherings and eating together”.

(Reporting by David Stanway, Brenda Goh and Winni Zhou in Shanghai; Martin Quin Pollard and Ellen Zhang in Beijing; and the Beijing and Shanghai bureaus; Writing by Marius Zaharia and John Geddie; Editing by Robert Birsel) 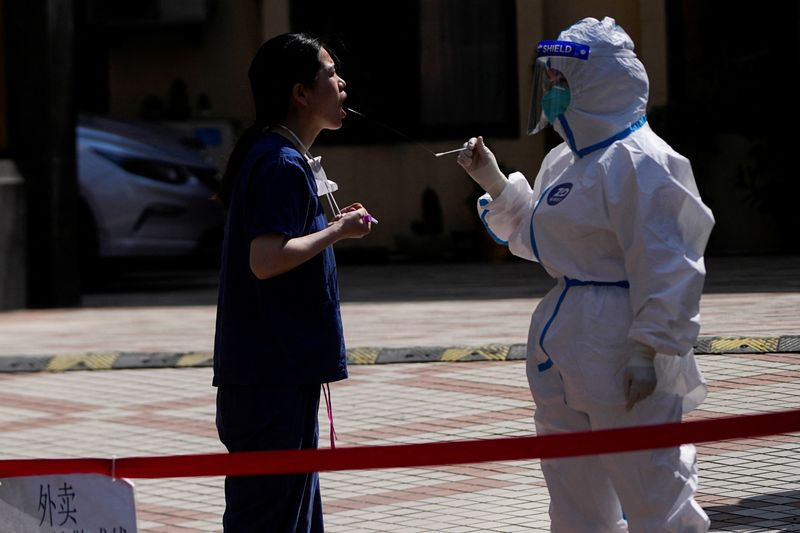 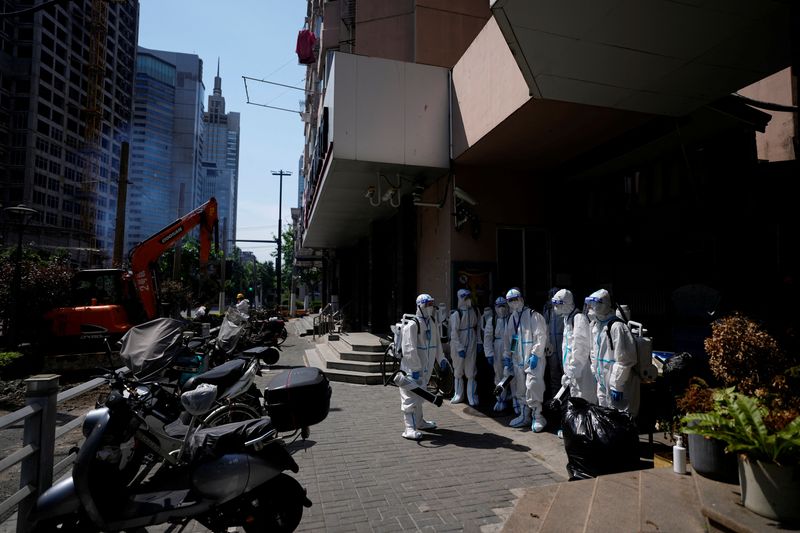 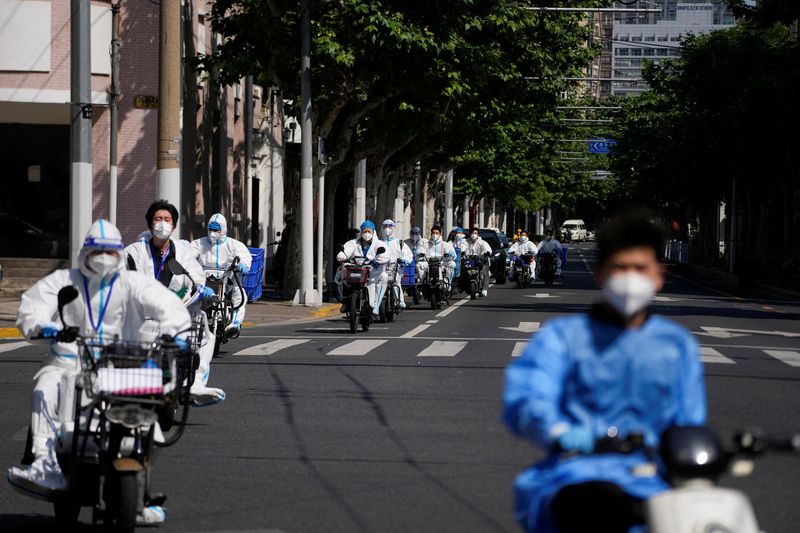 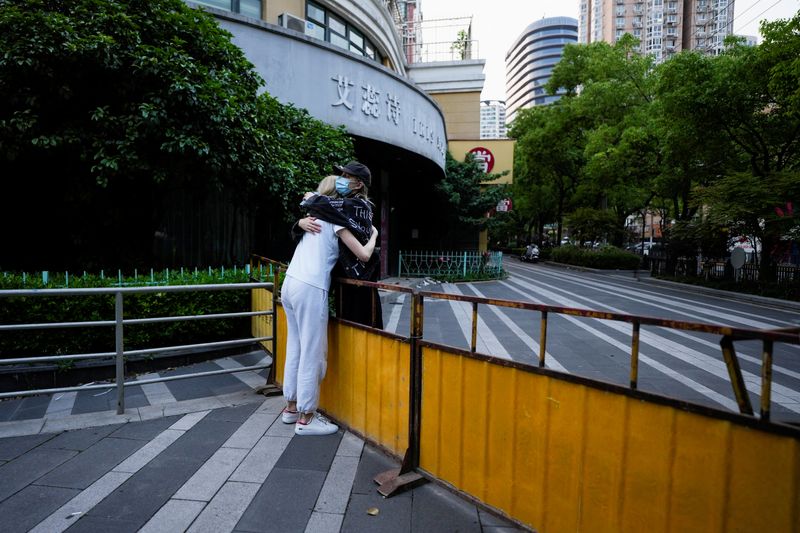 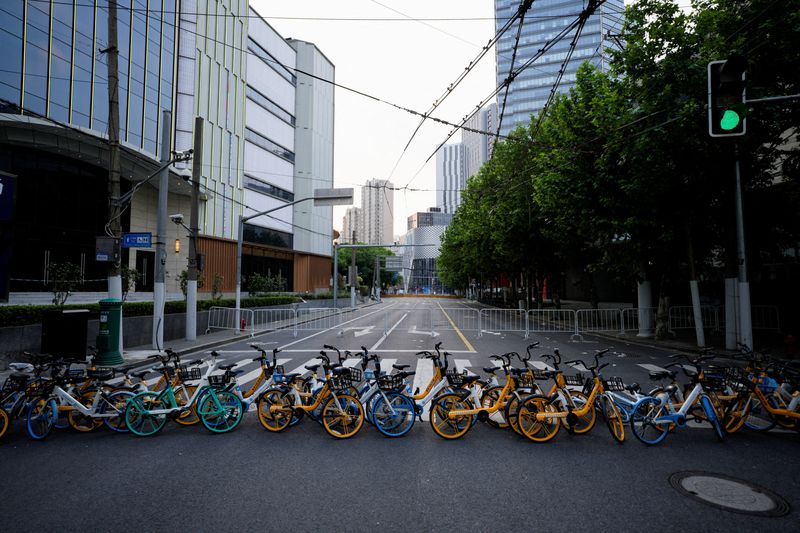 Factbox-With UK’s Boris Johnson set to quit, who could replace him?

Factbox: The many scandals of Boris Johnson’s premiership