By Sabine Siebold and Sarah Marsh

BERLIN (Reuters) – Four weeks ago, Germany agreed to send dozens of anti-aircraft tanks to help defend Ukraine from Russia’s invasion, part of what it called a turning-point after decades of military restraint. Berlin says it can deliver the first Gepard tanks in July.

That’s too slow, a Ukrainian parliamentarian said on Tuesday, as Russian forces launched an assault on the country’s east.

“For us, July is like, ‘what?'” Anastasia Radina, a member of the Ukrainian parliament, told Reuters at the World Economic Forum. “Let me put it like this: Let’s ask a mother who is forced to sit in a basement with her newborn child who has no baby formula. … How far from now is July for her?”

Kyiv’s pleas for heavy weapons have intensified since Moscow turned its firepower on Ukraine’s east and south. But one reason for Germany’s delay was a lack of ammunition, industry sources and Ukraine’s ambassador said – a fact that was well-known to Berlin when it first made the pledge.

The confusion underlines how Russia’s invasion of Ukraine on Feb. 24 has caught Berlin on the back foot. Germany is starkly ill-equipped for military action, its army chief has said, despite having one of the biggest defence industries in the world, with 9.35 billion euros worth of weapons exports in 2021 according to government data.

Gepard tanks fire a burst of 35 mm shots that form a cloud in the air to stop an incoming aircraft. Germany no longer uses them and has scant stocks of ammunition, which needs to be manufactured specially.

Supplying the weapons to Ukraine “only makes sense when there is the ammunition to go with it – that was clear to everyone right from the start,” an industry source told Reuters, speaking on condition of anonymity because the topic is sensitive.

Asked to comment on the lack of ammunition, a defence ministry spokesperson said the government was giving support where support was possible. On May 20, Berlin said it had found ammunition and would send the tanks. Asked how it had found enough ammunition, the ministry did not respond.


Hours after Moscow launched what it calls a “special military operation” on Feb. 24, the chief of the German army said on LinkedIn he was “fed up” with Germany’s neglect of the military – and that the army was “more or less empty-handed.” To fix that, on Feb. 27 Chancellor Olaf Scholz launched his turning-point or ‘zeitenwende,’ pledging a 100 billion euro ($107 billion) special fund for defence.

But rather than a spontaneous response to the Ukraine invasion, defence sources told Reuters this plan was actually picking up on a defence ministry proposal drawn up months earlier, for talks to form his coalition.

That document, classified as confidential and seen by Reuters, said the army, the Bundeswehr, would need some 102 billion euros to guarantee funding for major defence projects by 2030, and proposed a special fund outside the normal budget.

The plan was not included in the December 2021 coalition treaty. Germany’s government did not respond to a query about why not.

Since promising the Gepard tanks, Berlin has pledged more heavy weapons to Ukraine. At home, it aims to use the special fund to boost defence spending over 4-5 years, bringing it to the 2% of economic output mandated by NATO. That would make Germany the world’s third biggest military spender behind the United States and China, according to data from the Stockholm International Peace Research Institute (SIPRI).

But its parliament has yet to pass the special fund.

“That we are asked to show military leadership now. This is a change in mentality which the Germans have to adapt to first,” said Strack-Zimmermann, whose Free Democrats (FDP) are junior partners in Scholz’s three-way coalition.

10 YEARS FOR A HELMET


In the wake of two world wars Germany has shied away from confrontation. After the fall of the Berlin Wall, Germans felt “surrounded by friends,” a foreign minister said in 1997. The political establishment focused on trade and engagement, to the point where the country came to depend on Russia for half its natural gas supply.

At home, the military has battled red tape so convoluted that it is still waiting for helmets it requested in 2013, of a type which has been in use by the U.S. forces since the 1990s, said Eva Hoegl, the German Bundestag’s Parliamentary Commissioner for the Armed Forces.

“That means it will have taken (Germany) 10 years to procure a helmet that is available on the market and that has been in use in the United States,” she said. The government did not reply to requests for comment on such problems.

Germany’s army, the Bundeswehr, has not a single combat-ready brigade – a unit of some 5,000 troops – to defend German territory. Europe’s biggest economy has one-tenth of the 3,500 main battle tanks it had in the 1980s. Its fleets of fighter jets and submarines number one-quarter of their Cold War strength.

In years when Germany has to provide a brigade for NATO’s quick reaction force – the troops first in line to respond to any Russian attack – the soldiers have to borrow gear from other units.

Soon after the invasion of Ukraine, the defence ministry’s head of procurement, Vice-Admiral Carsten Stawitzki, invited weapons manufacturers to a WebEx meeting on Feb. 28 to discuss ways to increase military readiness to defend Germany, according to a letter seen by Reuters.

“He made it crystal clear that we had to … get ready to ramp up production in anticipation of a huge volume and variety of orders coming in,” an industry source told Reuters.

That has yet to materialise, two defence sources told Reuters.

“We’ve got no orders yet,” another industry source said. Other nations placed orders with Germany’s defence industry days after the invasion, the source said, declining to give details. “In Germany, the war has had no impact on defence procurement procedures.”


“BOLT FROM THE BLUE”

Kyiv requested Gepards from Germany at the start of the war, but Berlin declined, its ambassador to Germany Andrij Melnyk told broadcaster ntv. The government did not respond to a request for comment.

On April 26, the United States hosted more than 40 countries at an air base in the German town of Ramstein, for talks on arms deliveries to Kyiv. That was the day Germany’s Defence Minister Christine Lambrecht said Berlin had given export approval for the Gepards: “This is exactly what Ukraine needs at the moment to secure its airspace,” she told reporters.

The announcement, said Ukraine’s ambassador Melnyk on April 27, was a “bolt from the blue” because Berlin had said there was insufficient ammunition. Two defence industry sources said they only learned from media reports that the government had approved sending the tanks to Ukraine.

The Gepard, called Cheetah in English, is an old system that only a few countries are still using. Germany sold its Gepards a decade ago, so had no need to store ammunition. The tanks are now owned by the defence company that built them, KMW. A company spokesperson declined to comment for this story.

Most of the heavy weapons that NATO countries have sent to Ukraine so far are Soviet-built arms still in the inventories of East European NATO member states, but some allies have recently started to supply Western howitzers.

On May 6, Lambrecht said Germany would also send seven self-propelled howitzers to Ukraine. The Panzerhaubitze 2000 is one of the most powerful artillery weapons in Bundeswehr inventories and can hit targets at a distance of 40 km (25 miles)

The guns will come from Bundeswehr inventories and be delivered over the next weeks, Berlin said. Training of Ukrainian troops started in Germany earlier this month and Germany will supply an initial ammunition package, with further purchases to be handled between Kyiv and the industry.


But new purchases for the Bundeswehr will take more time, and members of the ruling coalition are already questioning the need for the special fund.

The youth leaders of the Greens and Scholz’s Social Deocrats (SPD) want more debate over what it is for, and commitment to reforming the procurement system.

“It’s not clear to me what exactly will be bought with [the fund] and we need to reform the procurement system which is burning through money,” said Jessica Rosenthal, a member of parliament and leader of the SPD youth organisation.

“We clearly have a need to catch up on funding for the military – but we need also to do that in other areas.” 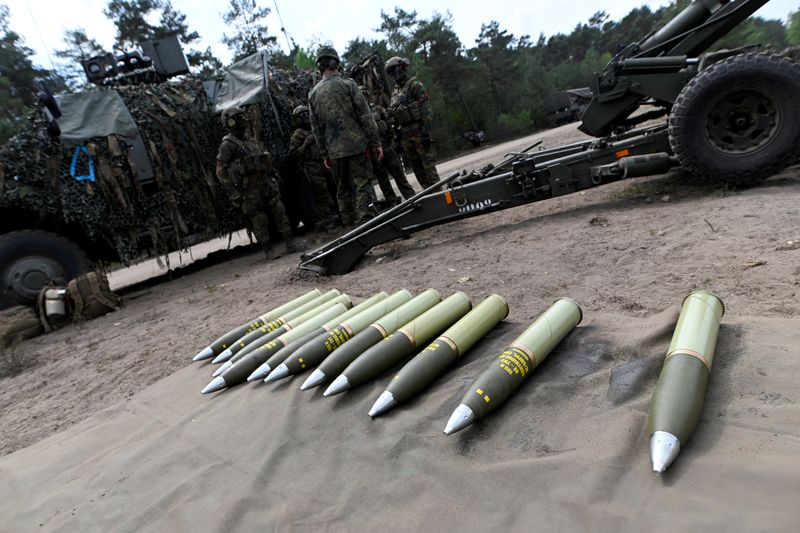 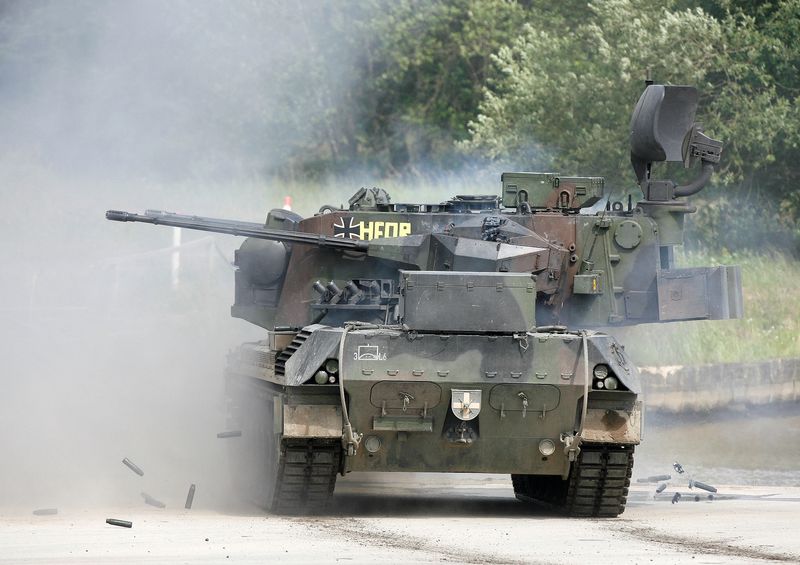