By Engen Tham and Winni Zhou

SHANGHAI – Banks in China are urging regulators to relax rigid documentation rules as companies there have not been able to fulfill them due to COVID-19 lockdowns, forcing the lenders to halt services such as loan disbursements, sources said.

In China, contracts and transactions are legally recognised only if the documents they are captured on are stamped with the official red company seal.

But lenders in China require documents to be stamped with the seal at the branch counter to disburse larger loans or grant foreign exchange, and some matters can only be handled by the branch where the firm is registered.

As the coronavirus spread across China and forced citywide lockdowns, many bank branches were either closed or were severely understaffed. Companies – from small- and medium- sized to Fortune 500 state-owned enterprises – could not thus meet the documentation requirements, leading to lenders refusing to provide the services, said the banking and company sources.

The development worsens the situation for companies, already battling falling demand and supply-chain disruptions caused by the lockdowns, and hampers Beijing’s plans to reverse a slowdown in the world’s second-largest economy through easier availability of credit and bulking up of services.

And even as the Chinese financial hub of Shanghai has eased harsh lockdown rules, several bankers told Reuters it will take time for the backlog of transactions to be cleared and for full banking services to resume. There are also concerns that a recurrence of the outbreak could see curbs being imposed again.

Bankers have urged regulators to relax some of the documentation rules, but have not received any clear-cut answers or commitments, according to the sources.

“We had to have discussions in each city with each regulator – which were all having different interpretations,” said one senior banker at a global lender, referring to attempts to seek a relaxation in documentation rules to provide banking services.

The regulators did not provide an official relaxation of policy but in summary said “we will close our eyes, but if there’s a screw-up we will scream and punish you saying how come you didn’t follow the regulations,” he added.

One large state-owned lender was told by regulators they should have had a contingency plan to handle the disruptions caused by the lockdowns, but didn’t allow for any flexibility, said another person with knowledge of the matter.

The China Banking and Regulatory Commission (CBIRC) did not respond to a request for comment. The sources declined to be identified as they were not authorised to talk to media.

Shanghai’s two-month lockdown has already disrupted companies’ functions like dividend-payment paperwork and dollar-buying as they were unable to collect the signatures and seals needed to process foreign exchange contracts.

The banks’ documentation requirements heap further pain on them.

“There doesn’t appear to be any backup, any business continuity,” said John Evans, a consultant in Suzhou, a commercial and industrial hub in the eastern province of Jiangsu, who banks with a branch of Bank of China in Shanghai.

Three-quarters of his firm’s income comes from foreign exchange, but only one Shanghai branch of his bank can transfer deposited foreign exchange funds into his corporate account. That meant Evans was left to pay staff and rent out of his personal funds.

“Until the people in your branch return, business is closed,” Evans added.

Bank of China did not respond to requests for comment.

Larger, state-owned-enterprises are also not immune to stalled bank services.

At one Fortune 500 state-owned enterprise, exporting of chemicals has been tough as China Merchants Bank has been unable to facilitate letters of credit because of requirements for paper documents which can only be processed in the office.

“We have asked our clients to extend the validity of the letters of credit, because we’re not sure when banking services will resume,” said the person.

China Merchant Bank did not respond to a request for comment. 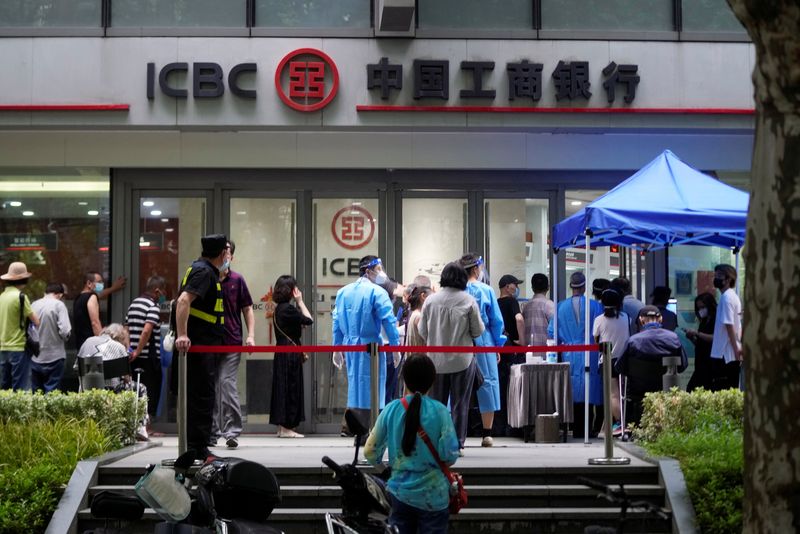 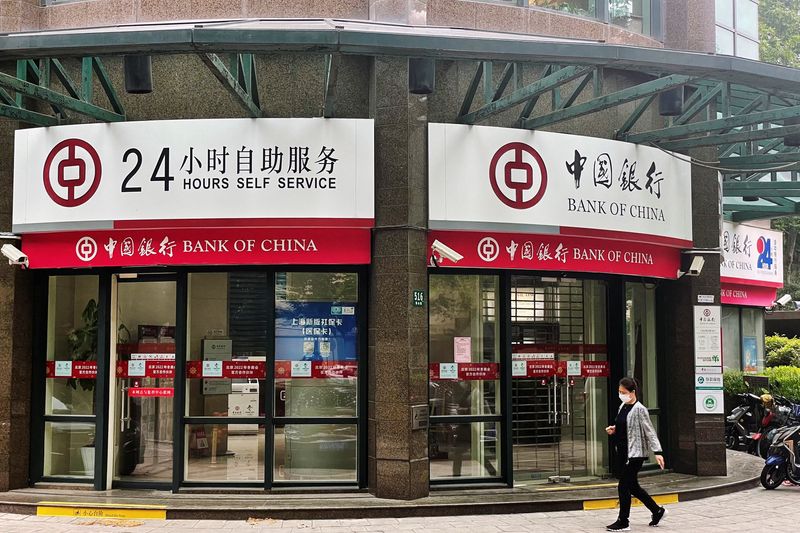