By Ann Wang and Fabian Hamacher

TAIPEI – From tour guides to tattoo artists, some in Taiwan are taking shooting lessons for the first time in their lives as Russia’s invasion of Ukraine ratchets up anxiety at the prospect of giant neighbour China making a similar move on the democratic island.

China’s growing military pressure on the island it claims as its own, combined with the conflict in Ukraine, has spurred debate about how to boost defences in Taiwan, which is weighing whether to extend compulsory military service.

Since the war in Ukraine started three months ago, bookings have nearly quadrupled for lessons in how to shoot airsoft guns, or low-power devices designed to shoot non-metallic projectiles, said an official of a combat skills training company in Taiwan.

“More and more people are coming to take part,” said Max Chiang, chief executive of Polar Light, which is based in a suburb of the capital, Taipei.

Some of those who came to the shooting range this year had not handled guns before, he said, adding that numbers had “tripled or quadrupled” since the start of the Ukraine conflict, which Moscow calls a “special military operation”.

Some in Taiwan fear that China, which has never ruled out using force to bring the island under its control, may ramp up the pressure, taking advantage of a West distracted by efforts to support and equip Ukraine in its response to Moscow.

Taiwan has raised its alert level but has reported no unusual military movements by Beijing.

Those preparing against a threat from China include Su Chun, a 39-year-old tattoo artist who was determined to learn how to use air guns.

“I wanted to learn some combat skills, including those that are not just limited to using a gun. Maybe skills to be able to react to any kind of situation,” he said.

But gun training would be useful if the government called up reservists like himself to repulse a Chinese invasion, Su added.

Use of airsoft guns, popular for military simulation, is taught as a competition sport in Taiwan, which tightly controls gun ownership, but many of the movements and tactics involved resemble combat skills, from shooting posture to aiming.

The devices use compressed air to carry less dangerous projectiles, such as small plastic balls, to their targets.

At the Taipei shooting range one Sunday afternoon, dozens of students picked up air guns for the first time as trainers explained safety guidelines and basic details.

There was an “urgent” need to learn more about defensive weapons after the war in Ukraine, said tour guide Chang Yu, who attended the entry-level course with his wife.

“The Ukraine-Russia war has made the threat from across the Strait real,” said the 34-year-old clad in bullet belt and goggles, referring to the waterway between Taiwan and China.

“It made us think how we should prepare ourselves if that happens in Taiwan.”

The couple had assembled protective gear at home, from pepper spray to an alarm system for intruders, he added.

Besides the gun training, some politicians in Taiwan have urged the public to start thinking about survival plans for a time when most cities are without electricity and water supplies for days.

Lin Ping-yu of the ruling Democratic Progressive Party, who is running for a council seat, said the Ukraine war had prompted him to prepare survival kits for his family, complete with emergency food supplies and batteries, in case of the worst.

“Think about how you can help yourself and others survive,” added Lin, the author of a book about the military threat from China.

“We are facing enormous risks. Risks of losing freedom and democracy, of losing everything in our daily life.” 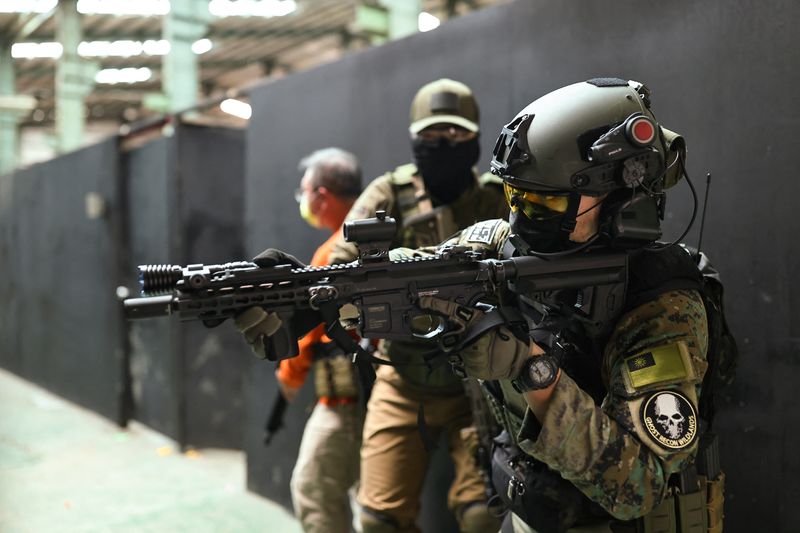 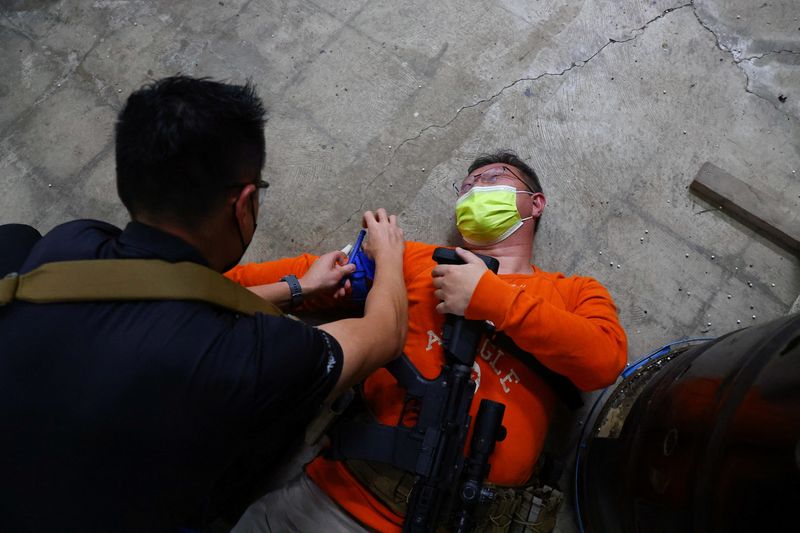 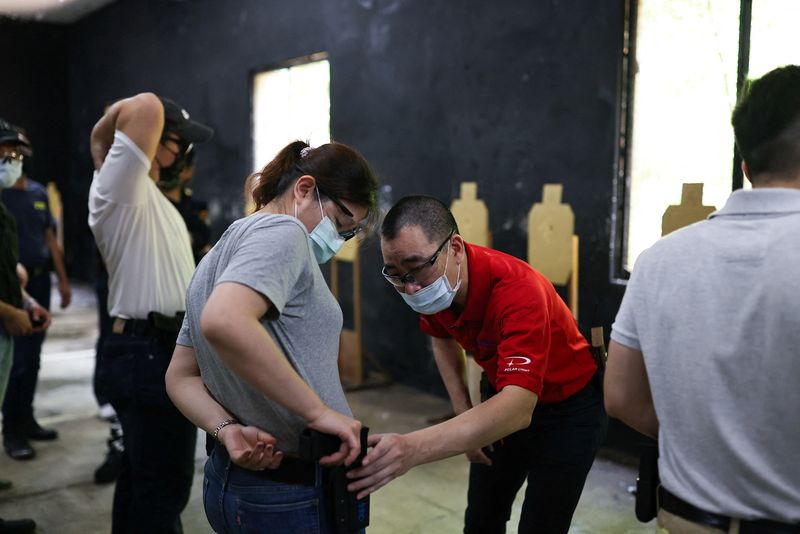 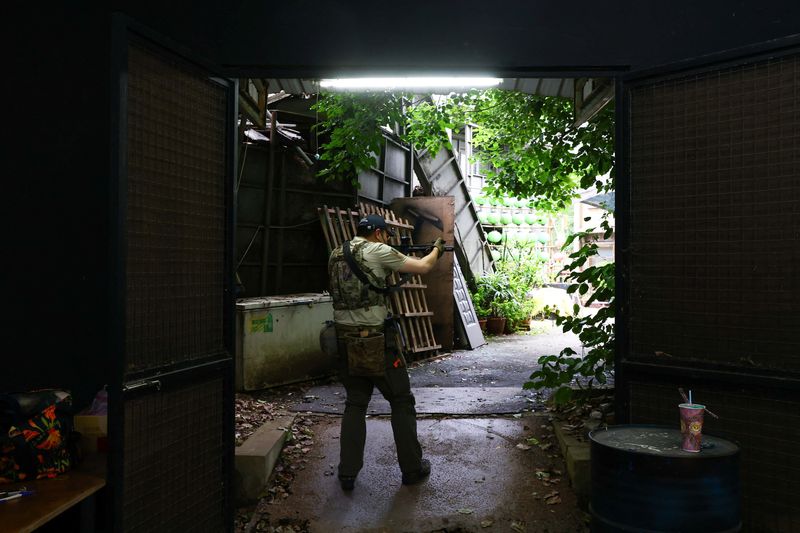 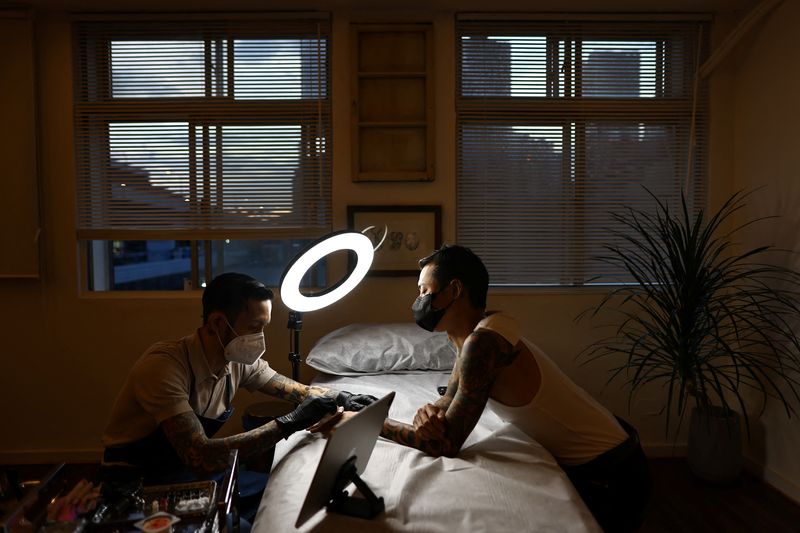 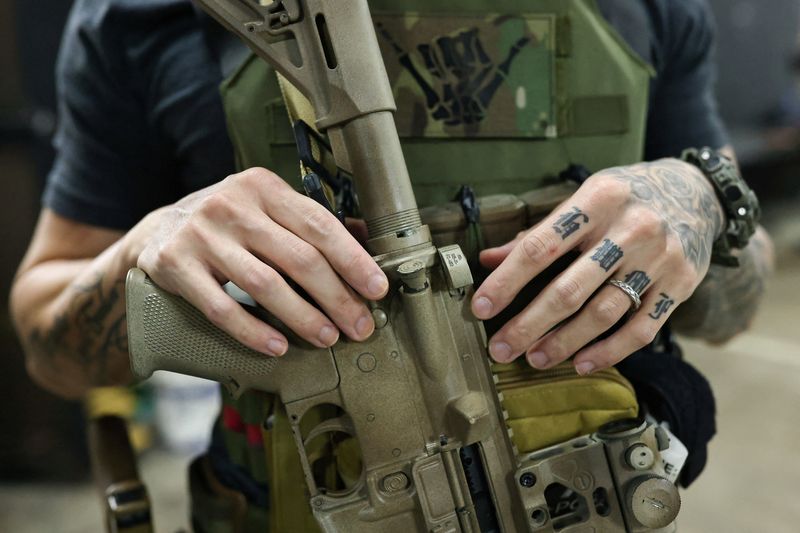 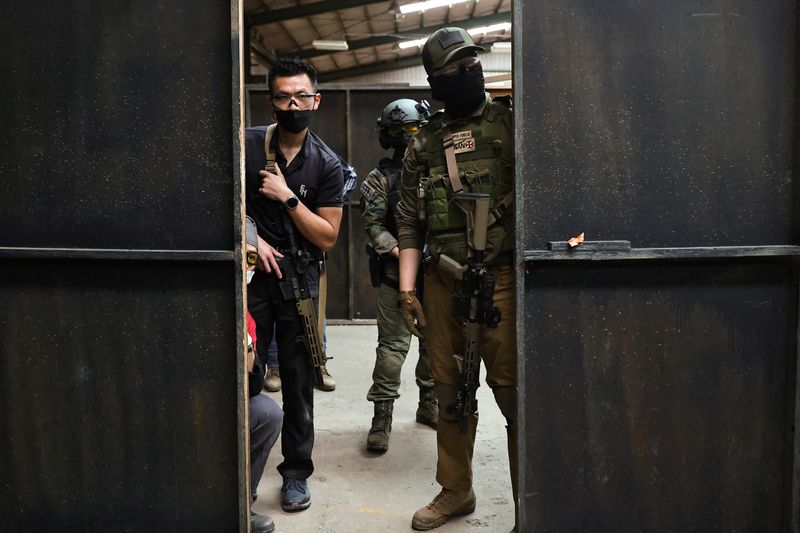 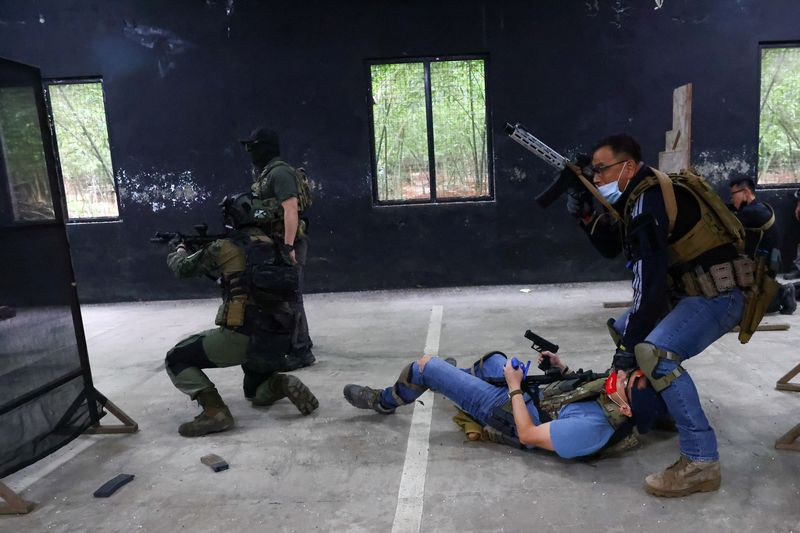 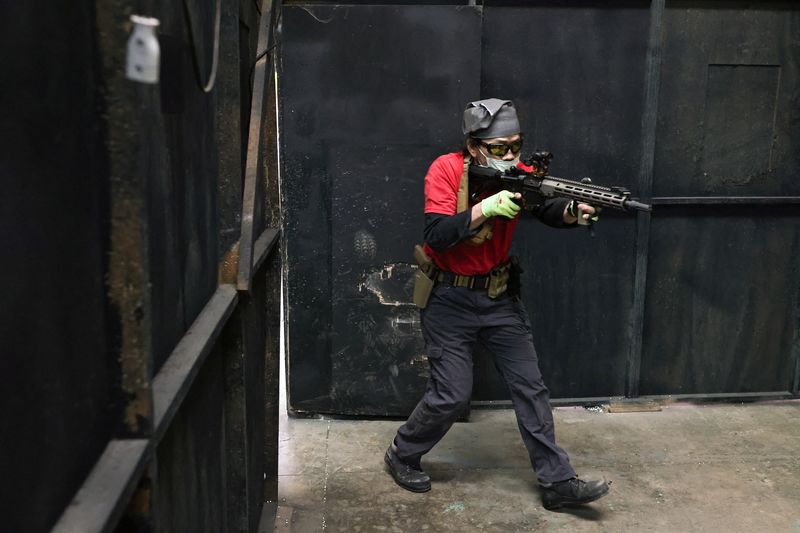 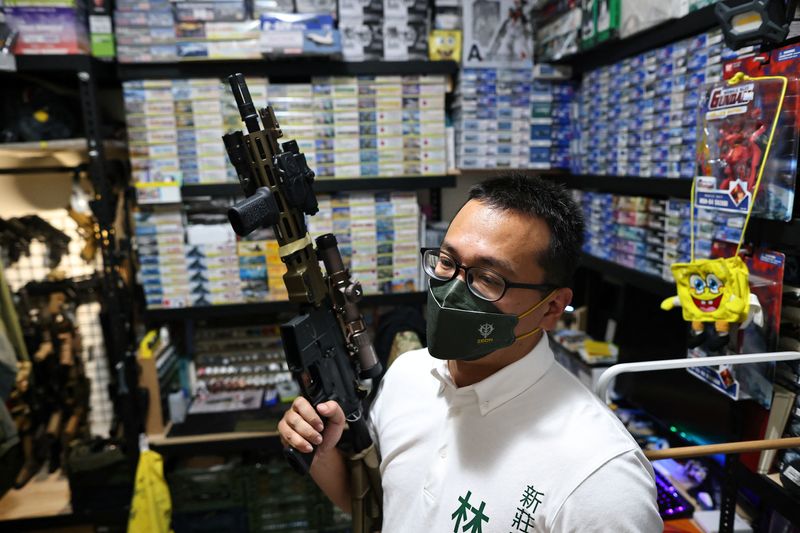 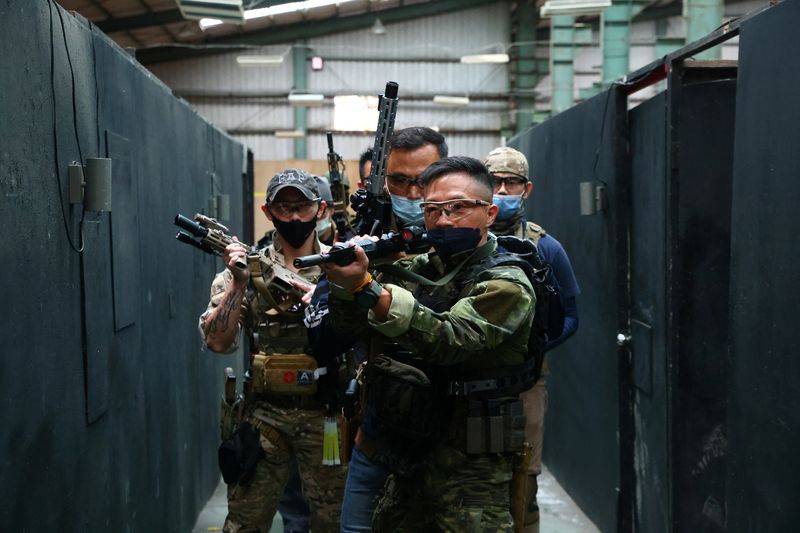 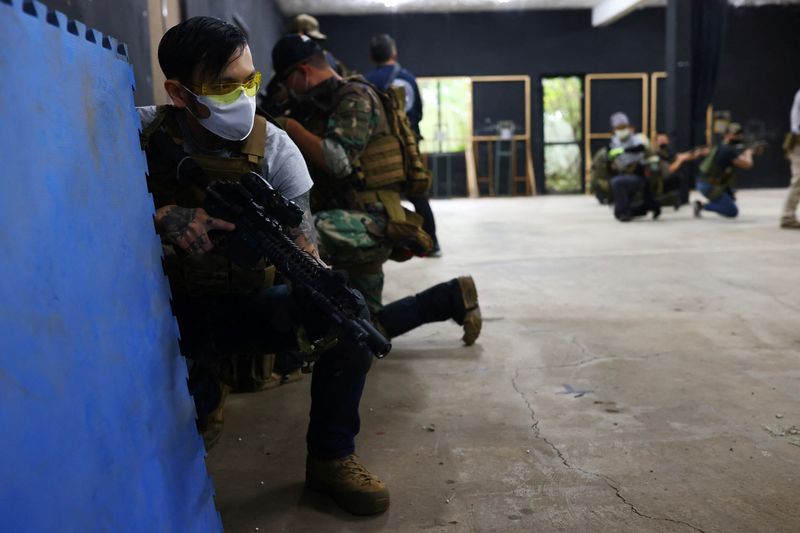 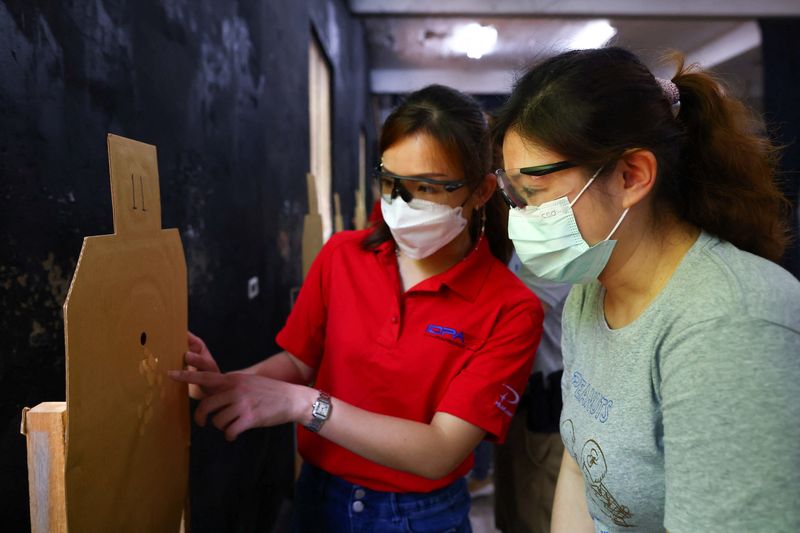 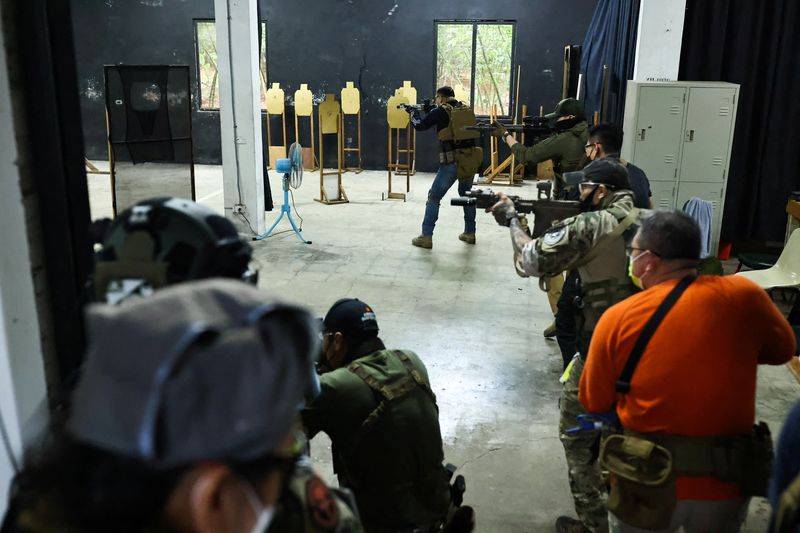 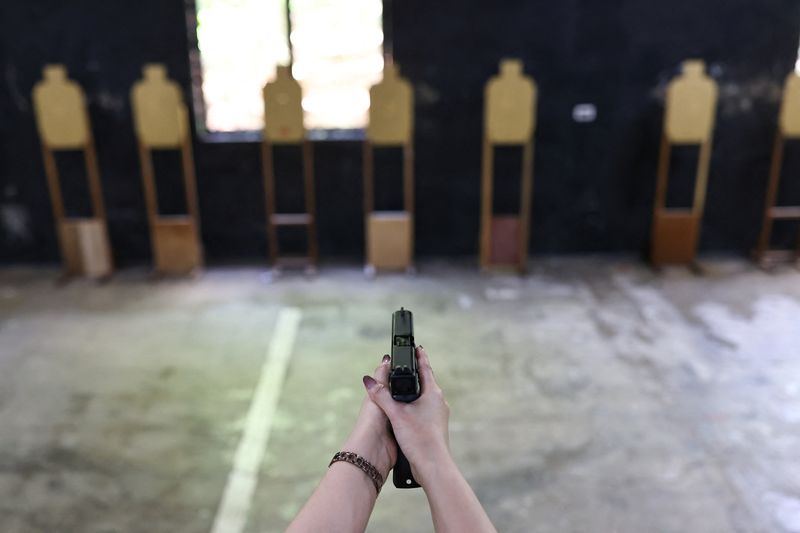 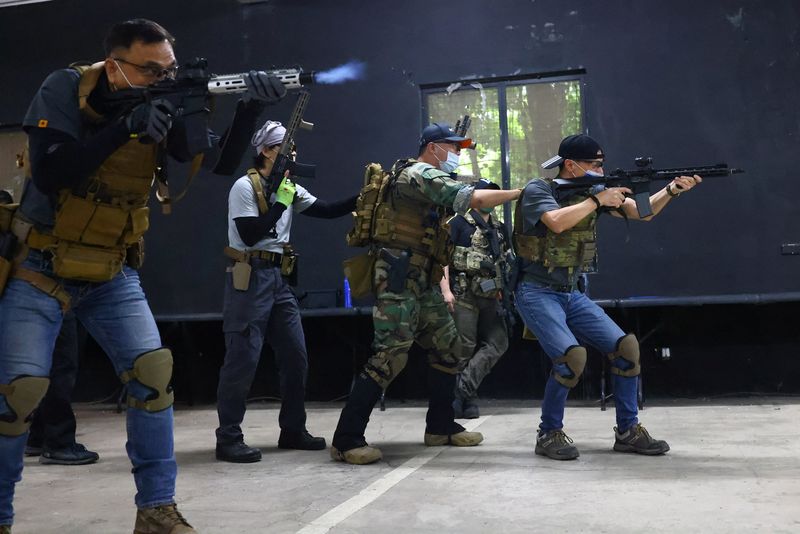 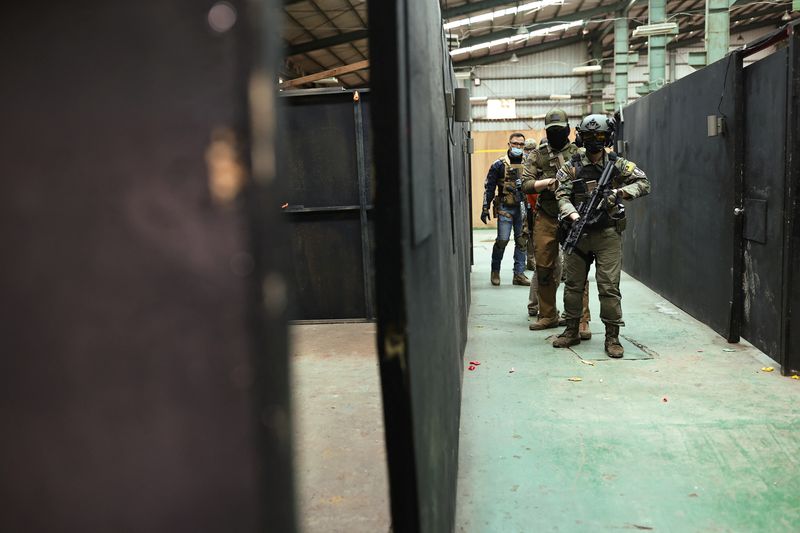 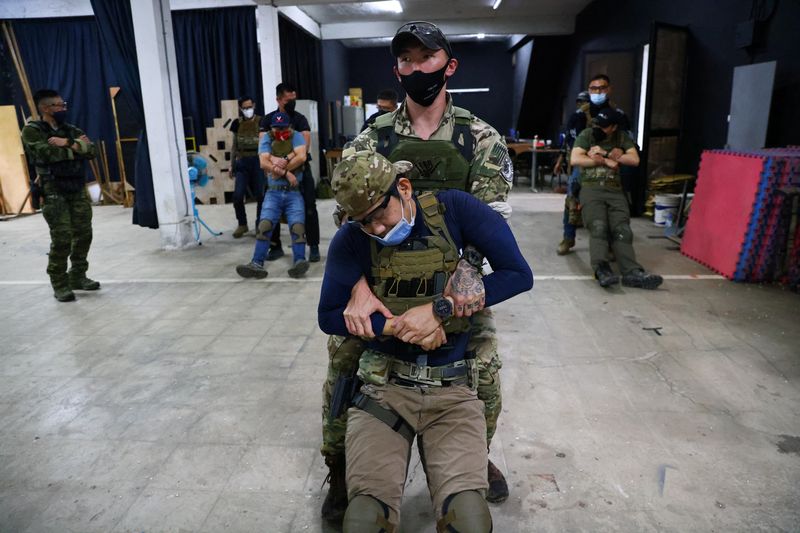 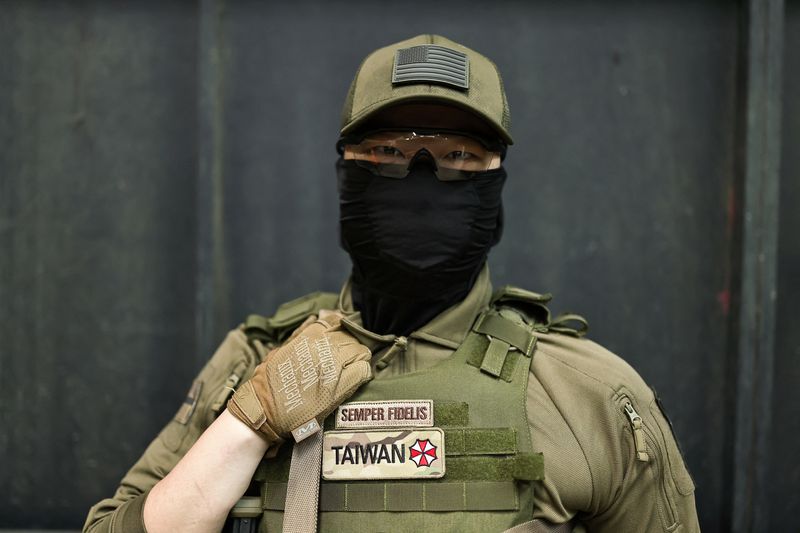 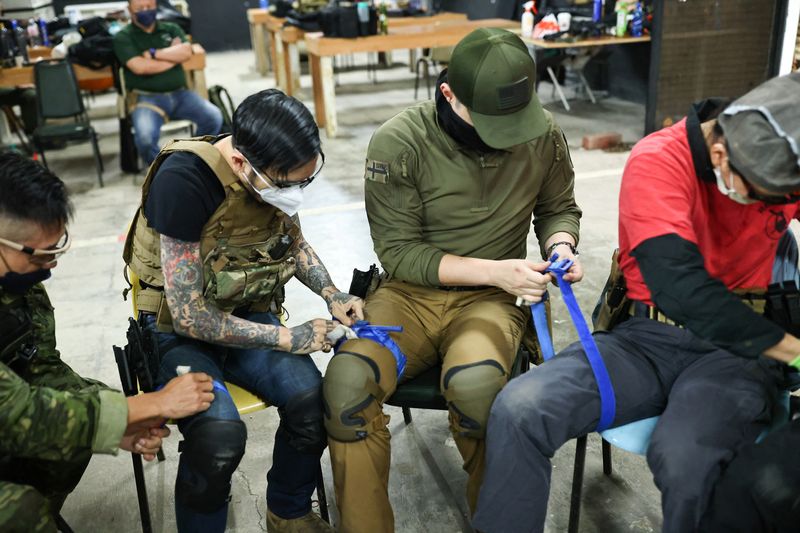 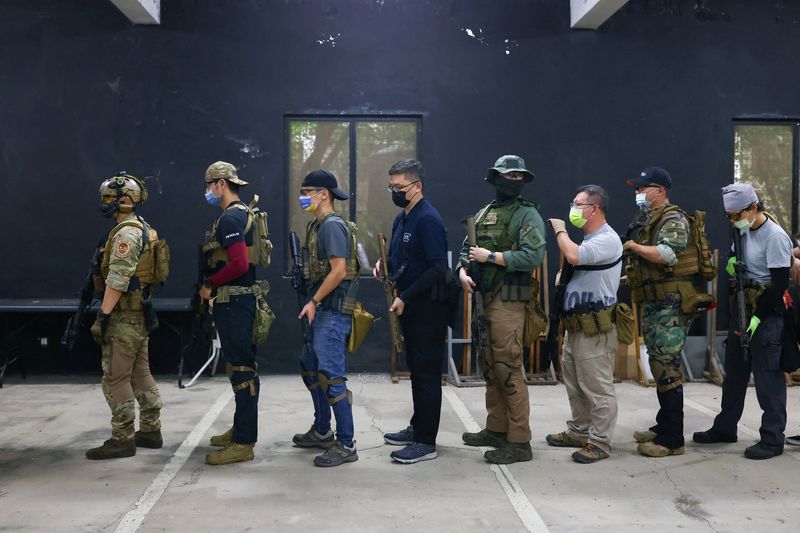 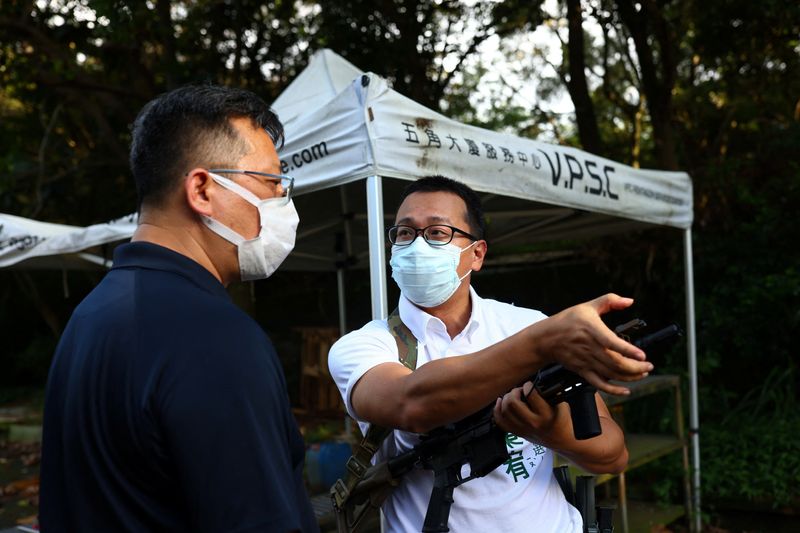 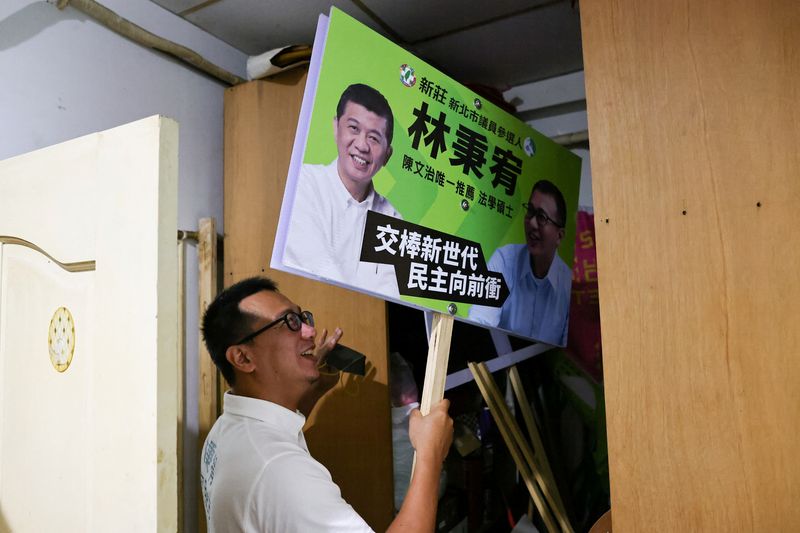 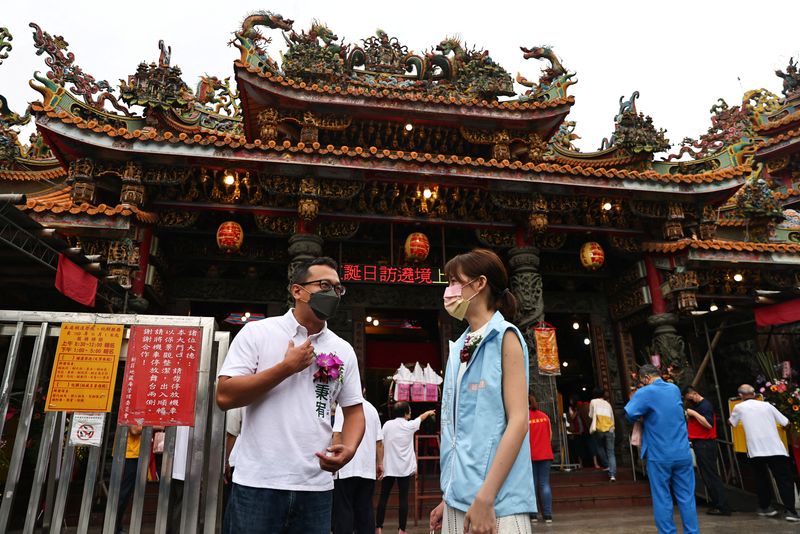 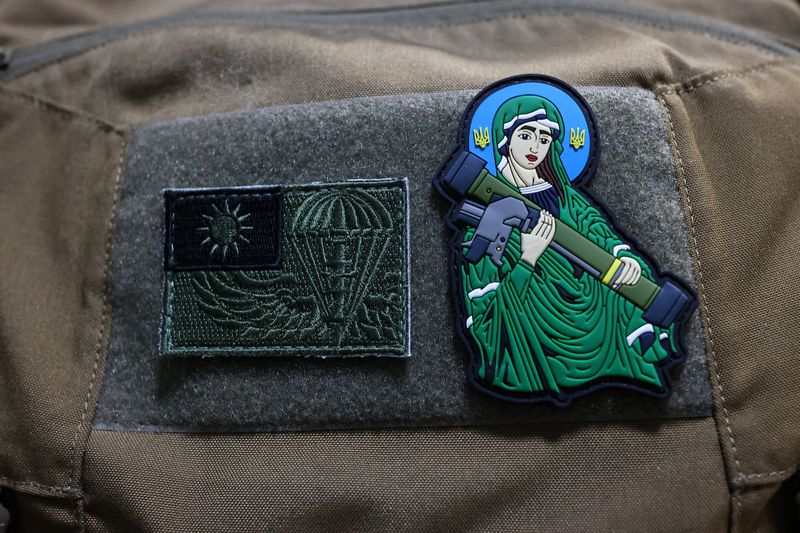 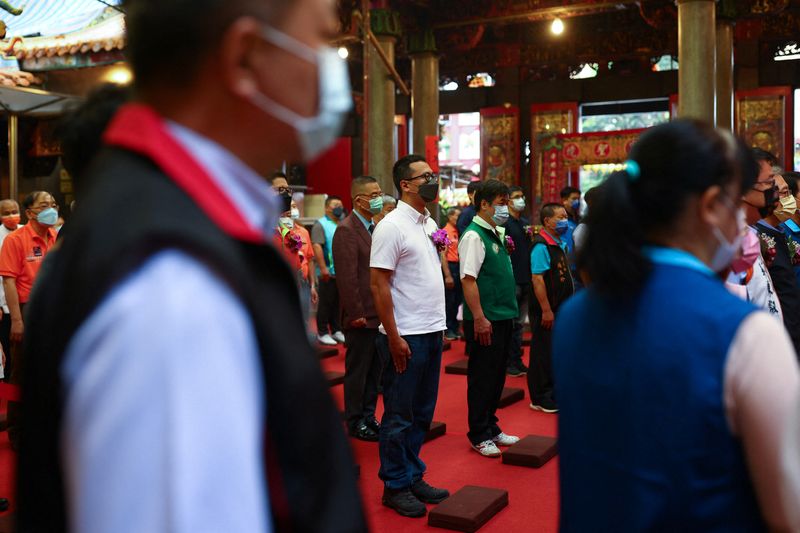 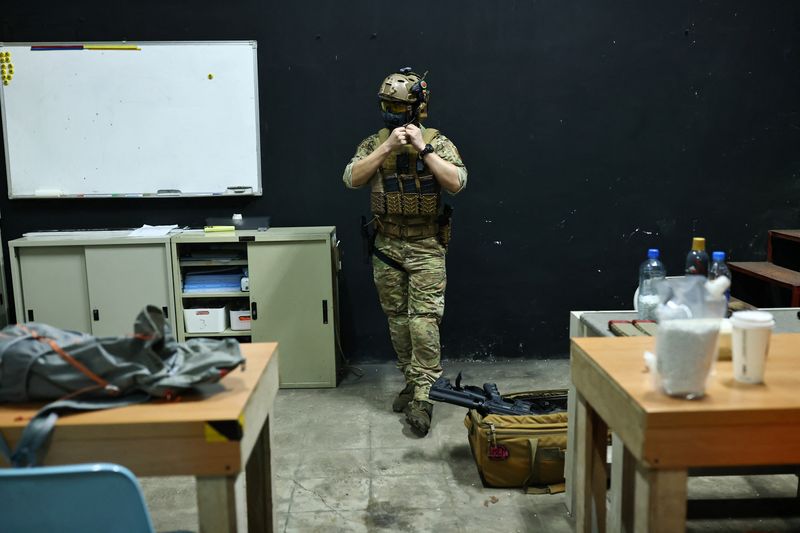 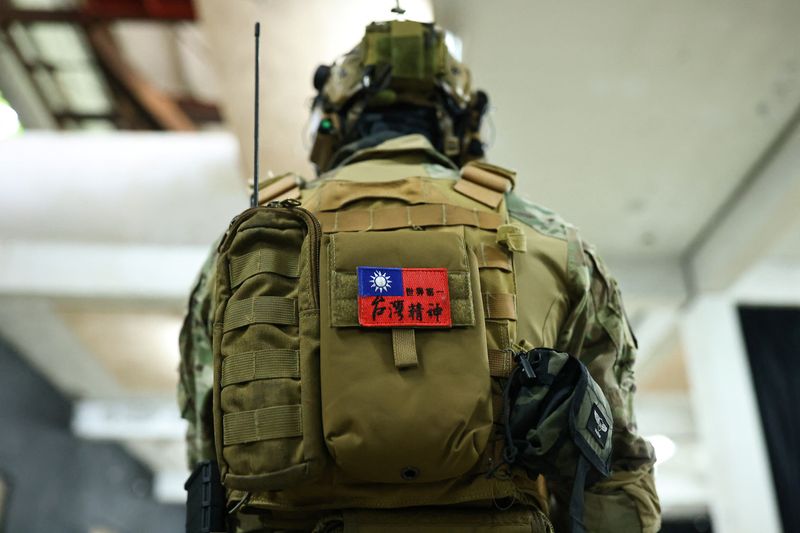 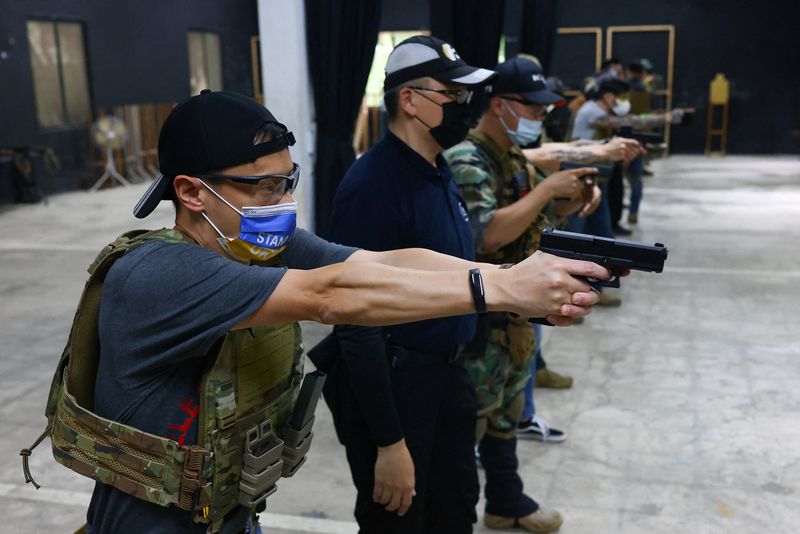 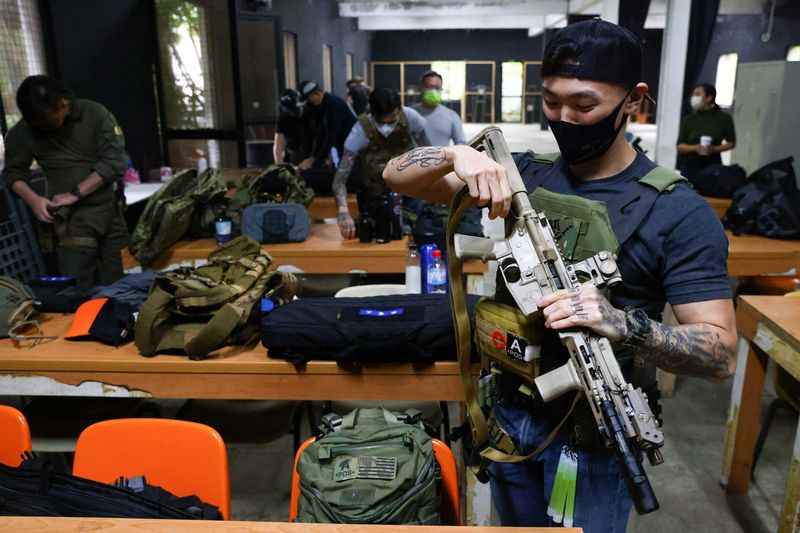