TORONTO – A larger-than-life politician, Ontario premier Doug Ford beat back criticism of his handling of the coronavirus pandemic to win a second term for his party on Thursday, but he faces an affordability crisis and a strained health system.

Media projected Ford’s right-leaning Progressive Conservatives to win a big majority in Canada’s most populous province shortly after the close of voting, in line with the party’s lead in opinion polls.

The son of a provincial politician and inheritor of a lucrative family business, Ford has made himself known for his folksy style and painted himself as someone looking out for the little guy and who pierced the political “bubble” even as some criticized him for using his position to reward his friends.

“I’m not a big partisan guy,” Ford said during the Ontario leaders’ debate in May. “I can work all levels of government, all different political stripes.”

He proved this by making an unlikely friend in Deputy Prime Minister Chrystia Freeland, a Liberal. In the fall of 2020 he told reporters they communicate “constantly.” Freeland told the Toronto Star he was her “therapist.”

Ford initially entered politics as a councillor in Toronto, Canada’s most populous city, where his brother was mayor.

After a failed bid to replace his brother, he ran to become leader of Ontario’s Progressive Conservative party in 2018, months before a provincial election, and won both contests.

Toronto councillor John Filion, who has written a book about the Ford family, described Doug Ford as “a rough, tough, brawling kind of guy. But he also wants everybody to like him. … He’s always the first guy to reach for the cheque. He’s glad to do a favour for a friend,” but he “couldn’t care less about policy.”

Ford has been accused multiple times of using his position to reward his friends, in one instance after his cabinet appointed a family friend as a police commissioner in late 2018. The friend later withdrew.

Asked about this, and media investigations that said party donors were poised to benefit from a highway development, a Ford spokesperson said Ford had a plan to boost the economy and build infrastructure.

He now faces an affordability crisis affecting everything from housing to groceries and a list of big-ticket promises he will have less money to pay for thanks to slashed taxes and fees.

But his government faced criticism for failing to prioritize the most vulnerable with vaccines and rapid tests, for not bolstering the health care workforce and for not doing enough to address conditions in nursing homes https://www.thestar.com/news/investigations/2022/05/27/doug-ford-is-spending-billions-to-expand-nursing-home-chains-with-some-of-the-worst-covid-19-death-rates.html.

Filion said Ford had shifted to a “kinder, gentler” mode, dropping his “belligerent” tendencies and was likely to maintain his “nice Doug” persona.

“I think Doug would like to be Prime Minister.” 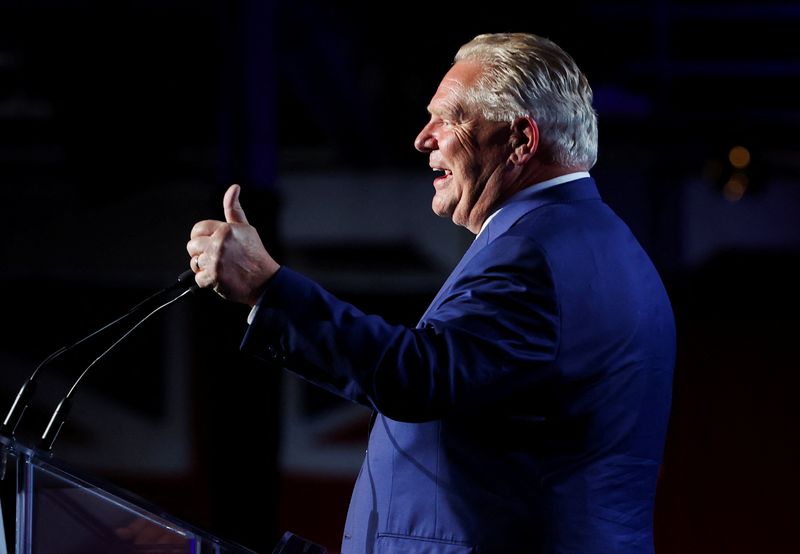