PARIS – CMA CGM said on Friday that geopolitical and economic risks were clouding its outlook despite another surge in profits due to a saturated shipping market.

French-based CMA CGM, one of the world’s largest container lines, reported a net profit of $7.2 billion for the first quarter, up from $2.1 billion in the year-earlier period and also surpassing $6.7 billion posted for the last quarter of 2021.

“Even if the Group remains confident about its financial performance prospects for 2022, the current environment and its medium and long-term consequences remain uncertain,” CMA CGM said in a statement.

Container volumes shipped by the group fell 2.8% year on year in the first quarter due to bottlenecks at ports and on land routes, it said.

Other container lines including Maersk have suggested the market may normalise during the second half of the year.

CMA CGM like other shipping firms has suspended services in Ukraine and Russia due to Moscow’s invasion of its neighbour and related sanctions imposed by the West on Russia.

CMA CGM, privately controlled by the Saade family, had limited activity in Ukraine and Russia, but has warned the war could have global economic repercussions.

Like its shipping peers, soaring earnings have allowed CMA CGM to increase investments in non-maritime logistics.

The group last month announced an air cargo partnership with Air France-KLM under which CMA CGM will become a core shareholder in the airline.

The Marseille-based group also announced a new order for 16 vessels, of which 10 to be powered by liquefied natural gas and six by methanol, taking its number of ships on order to 69. 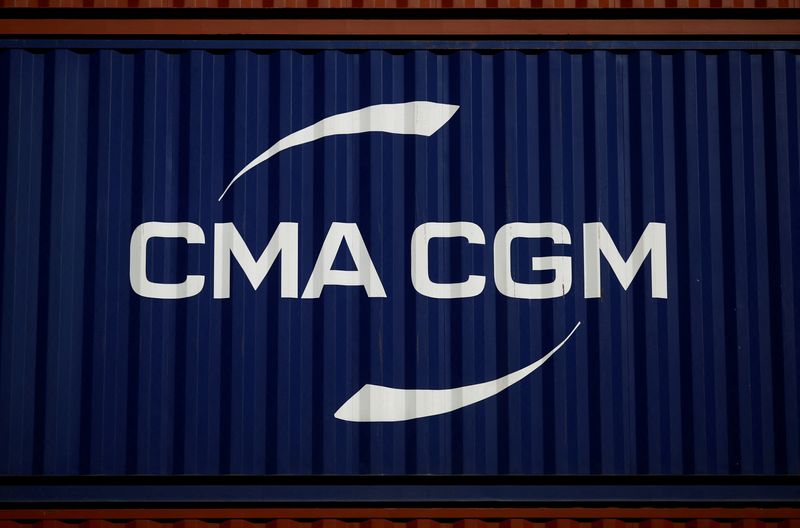