By Natalia Zinets and Pavel Polityuk

KYIV – Russia struck Ukraine’s capital Kyiv with missiles early on Sunday for the first time in more than a month, while Ukrainian officials said a counter-attack on the main battlefield in the east had retaken half of the city of Sievierodonetsk.

Dark smoke could be seen from many miles away after the attack on two outlying districts of Kyiv. Ukraine said the strike hit a rail car repair works, while Moscow said it had destroyed tanks sent by Eastern European countries to Ukraine.

In Sievierodonetsk, where Russia has concentrated its forces in recent weeks, Ukraine mounted a counter-attack that it said took the Russians by surprise.

Ukrainian President Volodymyr Zelenskiy on Sunday night said he visited troops in Lysychansk, a town just a few kilometres south from Sievierodonetsk in the eastern province of Luhansk.

He also travelled to Soledar in the neighbouring Donetsk province. Russia is seeking to capture both Luhansk and Donetsk, which make up the broader Donbas region, Ukraine’s industrial heartland.

“What you all deserve is victory – that is the most important thing. But not at any cost,” Zelenskiy, wearing his trademark khaki T-shirt, told Ukrainian troops in a video released on Sunday night.

In the Kyiv attack, one person was hospitalised though there were no immediate reports of deaths.

The strike was a sudden reminder of war in a capital where normal life has largely returned since Russian forces were driven from its outskirts in March.

“The Kremlin resorts to new insidious attacks. Today’s missile strikes at Kyiv have only one goal – kill as many as possible,” Ukrainian presidential adviser Mykhailo Podolyak said in a post on Twitter.

Ukraine said Russia had carried out the Kyiv strike using long-range air-launched missiles fired from heavy bombers as far away as the Caspian Sea.

Sunday’s attack was the first big strike on Kyiv since late April, when a missile killed a journalist. Recent weeks have seen Russia focus its destructive might mainly on front lines in the east and south, although Moscow occasionally strikes elsewhere in what it calls a campaign to degrade Ukraine’s military infrastructure and block Western arms shipments.

UKRAINE CLAIMS HALF OF SIEVIERODONETSK

After recapturing a swathe of Sievierodonetsk, Ukrainian forces were now in control of half of it and continuing to push the Russians back, said Serhiy Gaidai, governor of Luhansk province, which includes the city.

“They will simply try to level everything. They have no other tactics,” Gaidai said of the Russians.

The claims could not be independently verified. Both sides say they have inflicted huge casualties in Sievierodonetsk, in a battle that could determine which side carries the momentum into a protracted war of attrition in coming months.

Related News:   WHO maintains highest alert over COVID, but sees hope ahead

In another sign Ukraine has held off the Russian advance, Gaidai said evacuations resumed from the Ukrainian-held part of Luhansk province on Sunday, and 98 people had escaped. Russian forces have been trying for weeks to cut off the main road out to encircle Ukrainian troops there, and evacuations were halted last week after a journalist was killed by shelling.

A Russian state media journalist on Sunday said that Russian Major General Roman Kutuzov had been killed in eastern Ukraine, adding to the string of high-ranking military casualties sustained by Moscow.

Ukraine’s military reported that its forces repelled seven attacks in the Donetsk and Luhansk regions on Sunday, destroying four tanks and shooting down a combat helicopter.

In Donetsk, Russian forces have been advancing in recent days in territory north of the Siverskiy Donets river, in advance of what Ukraine anticipates could be a push on the major city of Sloviansk.

Britain’s defence ministry said on Sunday that Ukrainian counterattacks in Sievierodonetsk over the past 24 hours were likely to blunt any operational momentum Russia had gained. Moscow was deploying poorly equipped separatist fighters in the city to limit the risk to its regular forces, it said.

Britain announced that it will supply Ukraine with multiple-launch rocket systems that can strike targets up to 80 km (50 miles) away.

In a Sunday address in Rome, Pope Francis noted that more than 100 days had passed since “the start of the armed aggression against Ukraine”, and called the war “the negation of God’s dream”.

The United States said last week it would send new, advanced medium-range rocket systems to Ukraine, which Kyiv hopes will help tip the balance in the conflict.

Washington has ruled out sending longer-range munitions and says Kyiv has promised not to strike inside Russia.

In an interview with Russian state television, President Vladimir Putin played down the impact of the new rockets, although he warned Washington not to send longer range ones.

The rockets Washington had promised so far were comparable to Soviet-era weapons Ukraine already had, Putin said.

“This is nothing new. It doesn’t change anything in essence,” Putin said. If Washington were to deliver longer range rockets, “we will strike at those targets which we have not yet been hitting”, he said. He also dismissed the impact of Western drones, saying Russia had been “cracking them like nuts”. 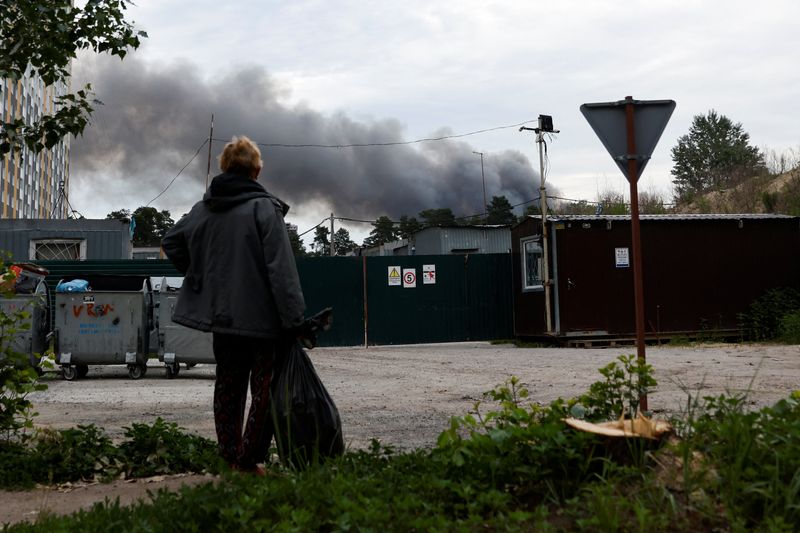 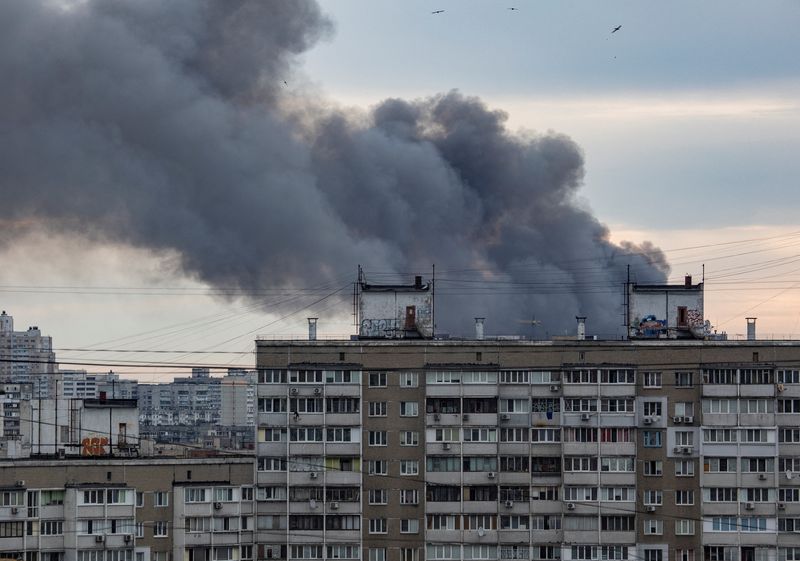 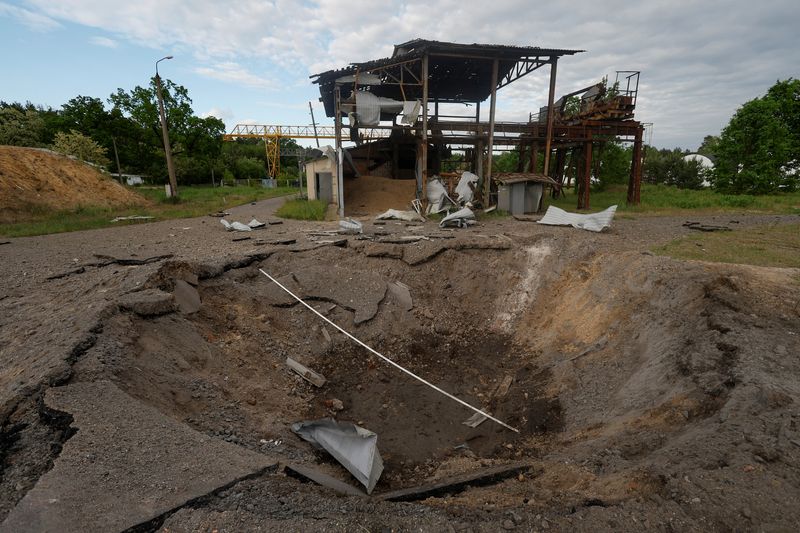 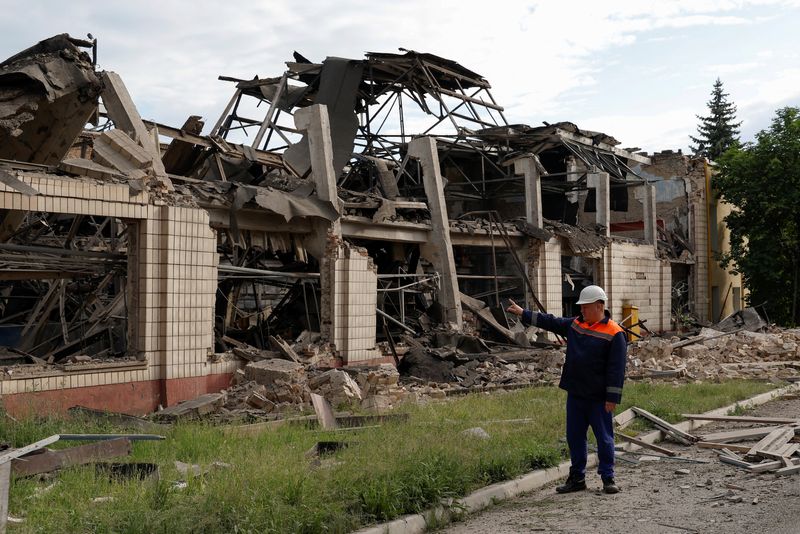 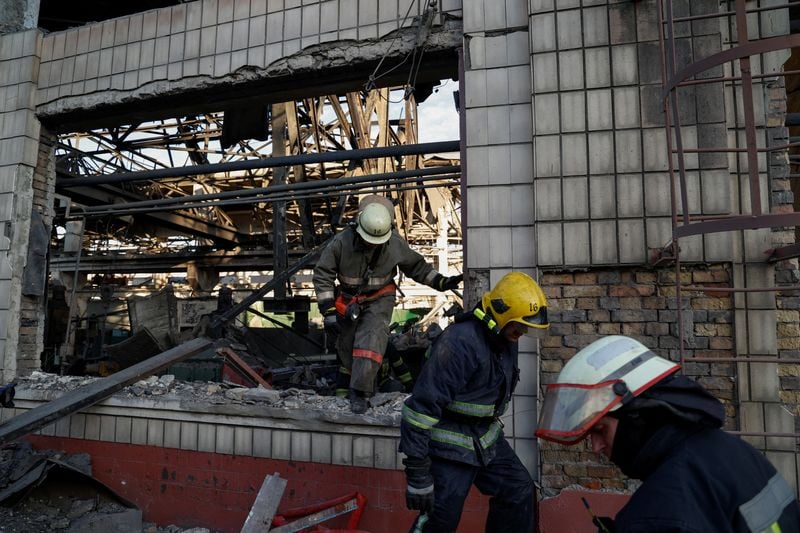 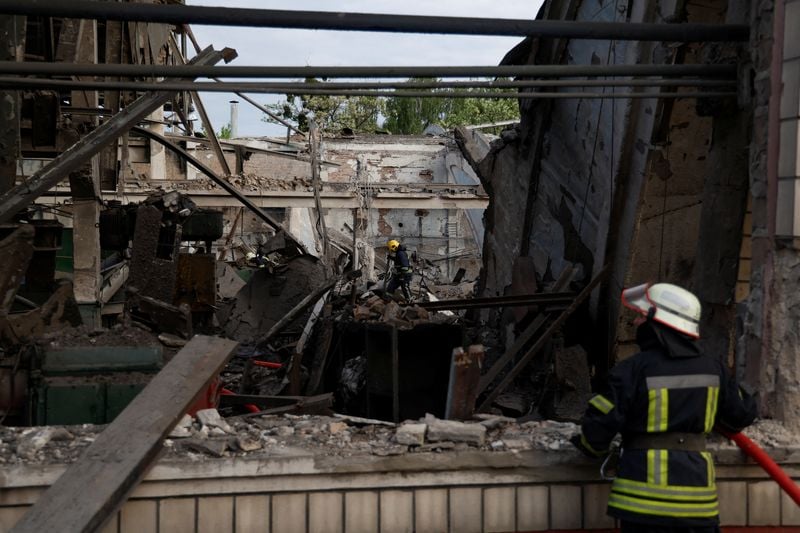 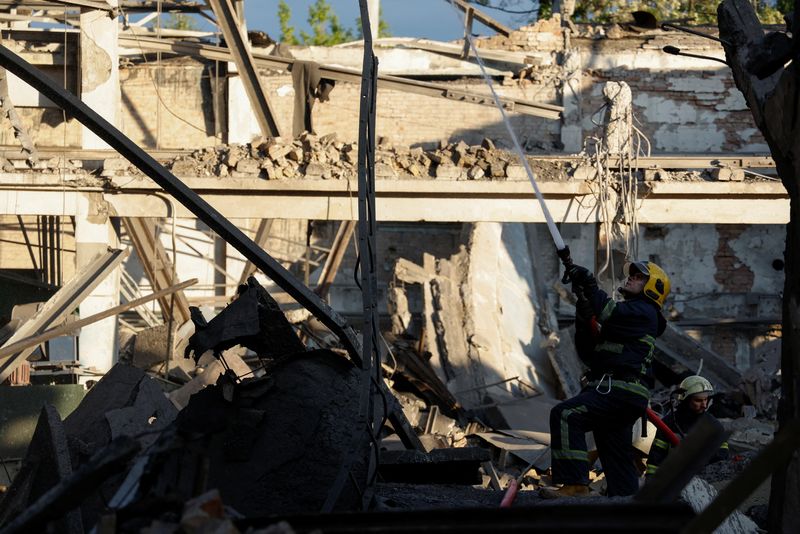 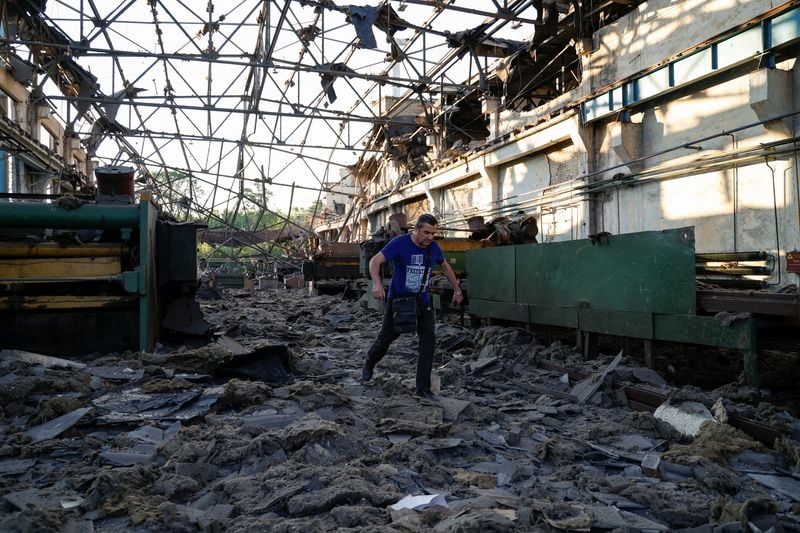 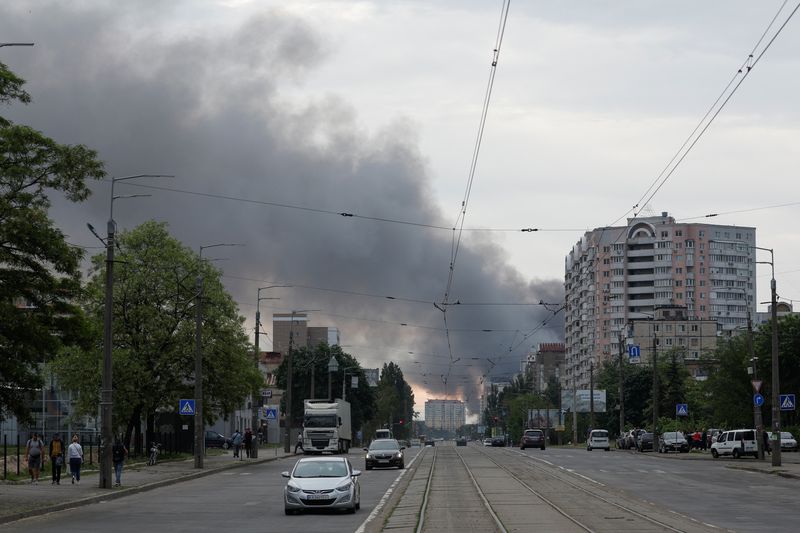 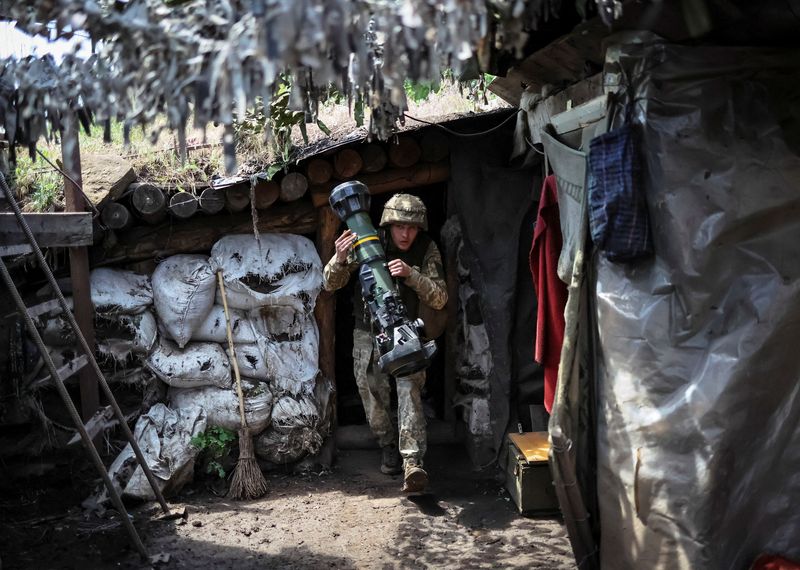 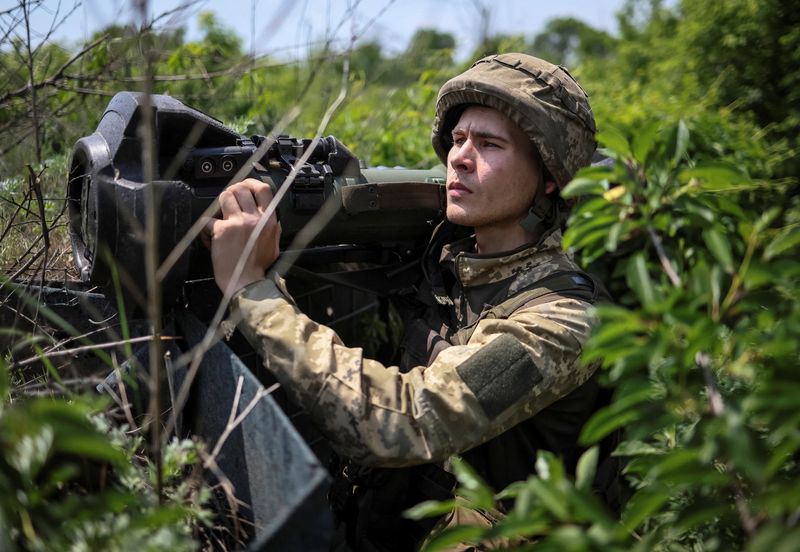 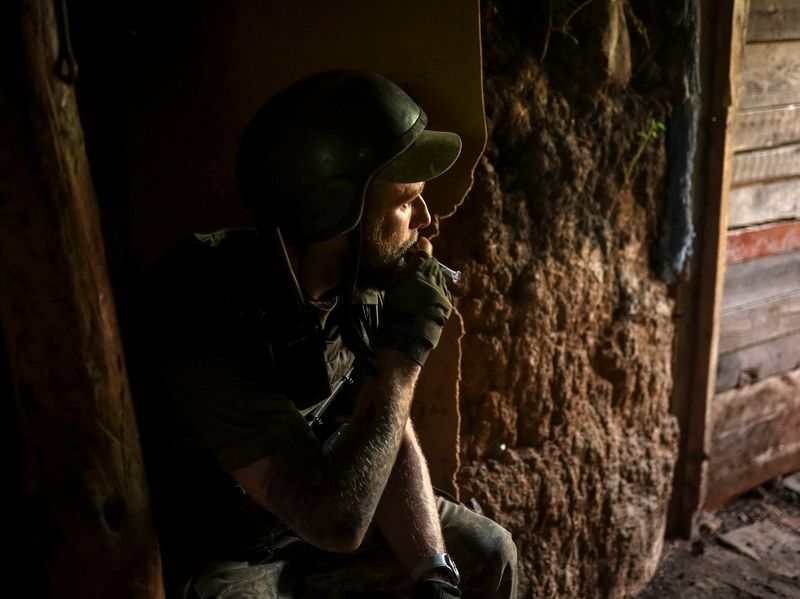 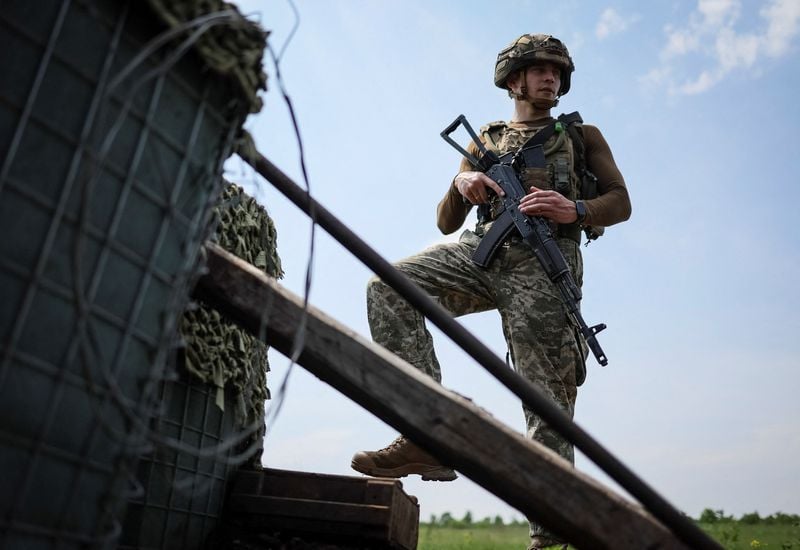 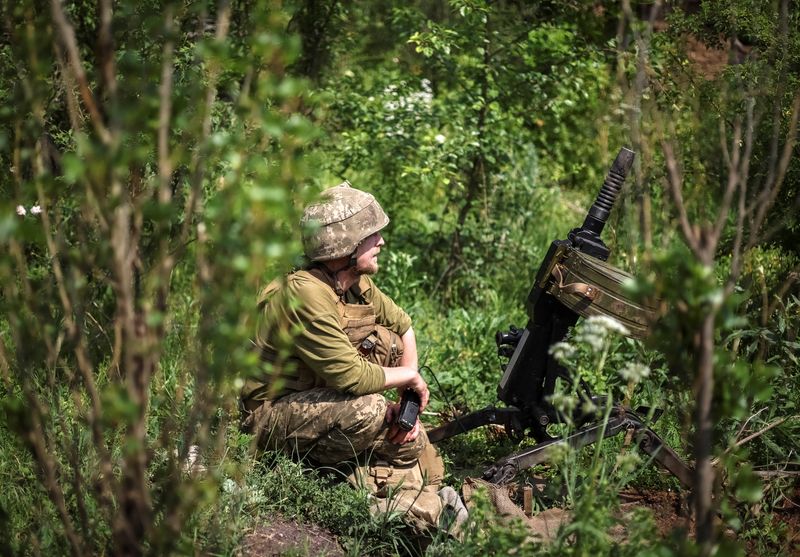 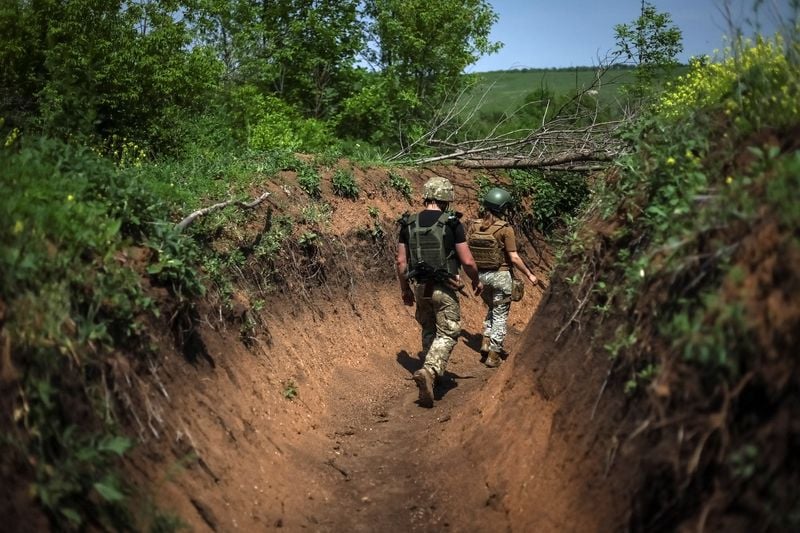