(Reuters) – Russia is ramping up oil exports from its major eastern port of Kozmino by about a fifth, aiming to meet surging demand from Asian buyers and offset the impact of European Union sanctions, three sources familiar with the matter told Reuters.

Moscow has said it hopes to reroute energy exports from the West to Asia, but doing so via long tanker voyages from European sea ports is expensive and complicated by Western sanctions over the conflict in Ukraine, such as on shipping.

Russia’s pipeline monopoly Transneft has already increased the amount of crude pumped to Kozmino on its main Asian oil route, the East Siberia Pacific Ocean (ESPO) pipeline, by 70,000 barrels per day (bpd) by using chemical additives to speed up oil flows, the sources said, speaking on condition of anonymity.

Transneft did not immediately reply to requests for comment.

Moscow also plans to send an extra 80,000 bpd of so-called ESPO Blend crude to Kozmino via rail from Meget, a route previously used to supply Kozmino and domestic refineries when the ESPO pipeline was being built, the sources said.

ESPO oil exports via Kozmino are planned to reach all-time high of around 880,000 bpd in July, two of the sources said.

The EU announced its embargo on Russian oil last week, saying it would stop imports of 90% of oil and products from Russia from the end of the year.

Companies in China, which has repeatedly criticised Western sanctions on Moscow, and in India have been buying more Russian oil in recent months amid a fall in prices.

The ESPO pipeline, which connects Russia’s Siberian oil fields to Kozmino and Chinese costumers by land, has an overall capacity of 1.64 million bpd.

Kozmino currently has the capacity to handle loadings of up to 1.1 million bpd, one of the sources said, but limited pipeline and rail capacity won’t allow it to reach that level without further construction work.

The increase in oil loadings from Kozmino may force it to use more Suezmax vessels, which typically carry 800,000-1 million barrels each. It normally loads Aframax vessels carrying 500,000-750,000 barrels, considered more popular with buyers. 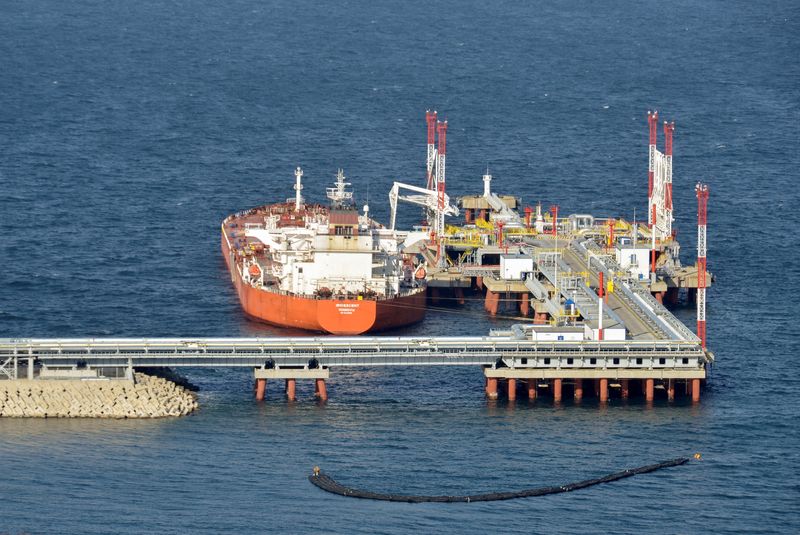