KYIV/SLOVIANSK, Ukraine – Ukrainian forces pulled back to the outskirts of the eastern city of Sievierodonetsk on Wednesday in the face of a fierce Russian assault, the regional governor said, another big swing in momentum in one of the bloodiest battles of the war.

Russia has concentrated its troops and firepower on the small industrial city in recent weeks to secure the surrounding province on behalf of separatist proxies. Ukraine has vowed to fight there for as long as possible, saying the battle could help shape the war’s course.

After announcing a surprise counter-attack last week, the governor of the surrounding Luhansk region said on Wednesday that most of the city was again in Russian hands.

“…Our (forces) now again control only the outskirts of the city. But the fighting is still going on,” Serhiy Gaidai told the RBC-Ukraine media outlet.

Ukrainian forces still controlled all of the smaller twin city Lysychansk on the west bank of the Siverskyi Donets River but Russian forces were destroying residential buildings there, Gaidai said in an online post.

Russia’s troops have 10 times more equipment than Ukrainian troops in some parts of Sievierodonetsk, Ukraine’s defence ministry said. Ukraine wants its Western allies to accelerate delivery of arms, warning that Russia could break through its lines in the east.

“We are defending our positions and inflicting significant losses on the enemy. This is a very fierce battle, very difficult, perhaps one of the hardest of this war,” Ukrainian President Volodymyr Zelenskiy said in an evening address.

“(In) many respects, the fate of the Donbas is being decided there,” Zelenskiy added.

Reuters could not independently verify the situation on the ground in Sieverodonetsk.

Moscow says it is engaged in a “special military operation” to disarm and “denazify” its neighbour. Ukraine and its allies say Moscow has launched an unprovoked war of aggression, killing thousands of civilians and flattening cities.

United Nations figures show more than 7 million people have crossed the border from Ukraine since Russia invaded on Feb. 24.

Luhansk and the adjacent province of Donetsk form the Donbas, claimed by Moscow for its proxies who have held eastern parts of the region since 2014. Moscow has been trying to encircle Ukrainian forces in the areas they still hold.

West of Sievierodonetsk in Sloviansk, one of the main Donbas cities in Ukrainian hands, women with small children lined up to collect aid while other residents carried buckets of water across the city.

Most residents have fled but authorities say around 24,000 remain in the city, in the path of an expected assault by Russian forces regrouping to the north.

Albina Petrovna, 85, described the moment her building was caught in an attack, which left her windows shattered and her balcony destroyed.

“Broken glass fell on me but God saved me, I have scratches everywhere…,” she said.

Russia has turned its focus to the Donbas since its forces were defeated on the outskirts of Kyiv in March.

Ukraine’s military said four people were killed during Russian shelling on around 20 towns in the Donbas over the past 24 hours, and that its troops had killed 31 Russian soldiers. Reuters could not immediately verify the figures.

In Kharkiv, Ukraine’s second-largest city, residents were cleaning up rubble from shelling the previous day. Ukraine pushed Russian forces back last month from the city’s outskirts, but Russia still strikes it sporadically.

CCTV footage showed the moment late on Tuesday when a suspected missile struck a Kharkiv shopping mall that included a supermarket, scattering debris and goods. Footage filmed from a drone showed a gaping hole in the roof of the large building.

“The supporting pillars are completely destroyed,” said supermarket manager Svitlana Diulina, adding that nobody had been hurt in the attack.

Ukraine is one of the world’s biggest grain exporters, and Western countries accuse Russia of creating a risk of global famine by blockading Ukraine’s Black Sea and Azov Sea ports. Moscow says Western sanctions are responsible for food shortages.

Lavrov said the Ukrainian ports could be opened, but Ukraine would have to de-mine them first. Ukraine dismissed Russia’s assurances as “empty words” and said Russian attacks on farmland and agricultural sites were exacerbating the crisis.

Vitaliy Kim, governor of the Mykolaiv region, where Russian shelling destroyed the warehouses of one of Ukraine’s largest agricultural commodities terminals over the weekend, told Reuters that Moscow was trying to scare the world into meeting its terms.

Further raising the stakes, the Russian-installed administration in the occupied part of Zaporizhzhia region in southern Ukraine said it planned to stage a referendum later this year on joining Russia. Russian-installed officials in Kherson province further west have announced similar plans.

Some lawmakers from Russia’s ruling United Russia party have suggested uniting the Donbas with Russia too. The region has yet to announce a referendum, but the separatist leader of the self-proclaimed Donetsk People’s Republic, Denis Pushilin, replaced his government on Wednesday, citing the need to boost “integration processes”.

Ukraine and its Western allies regard any planned referendums in occupied areas as illegal and proof that Russia’s true aim is territorial conquest. 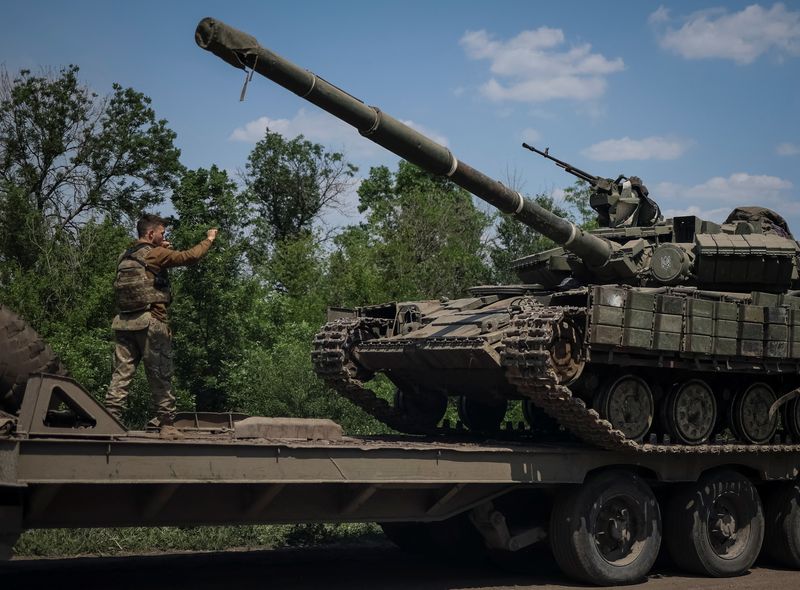 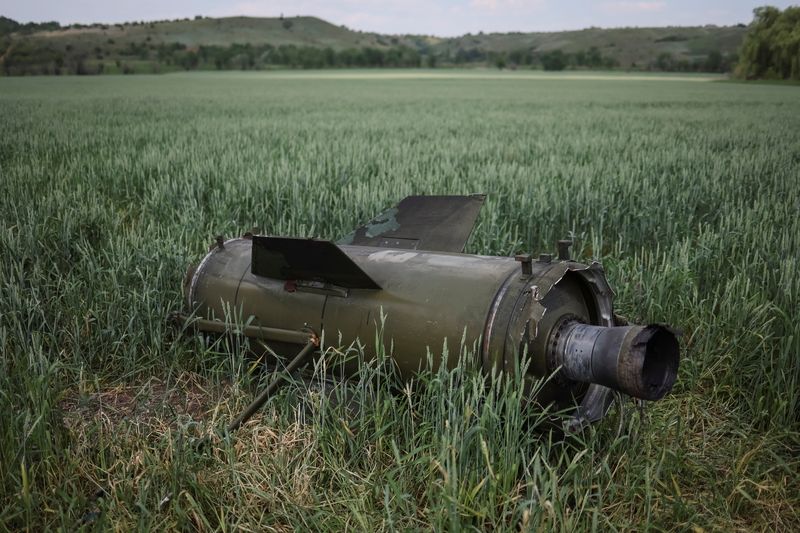 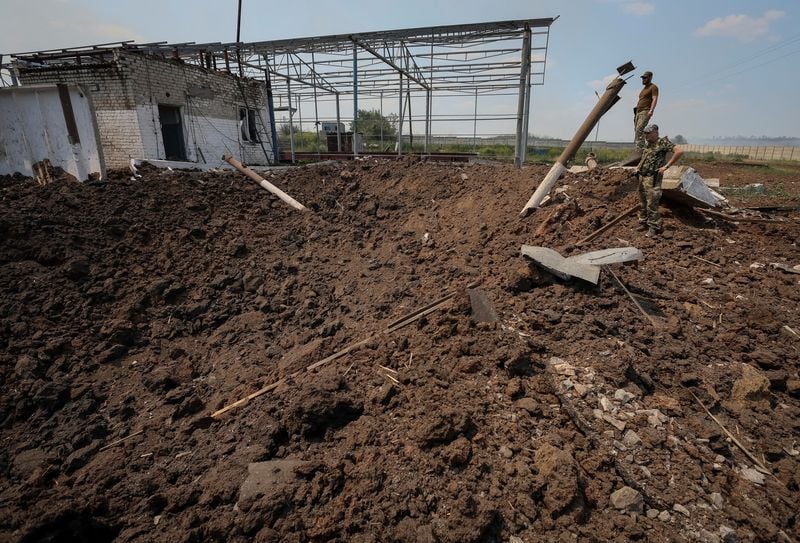 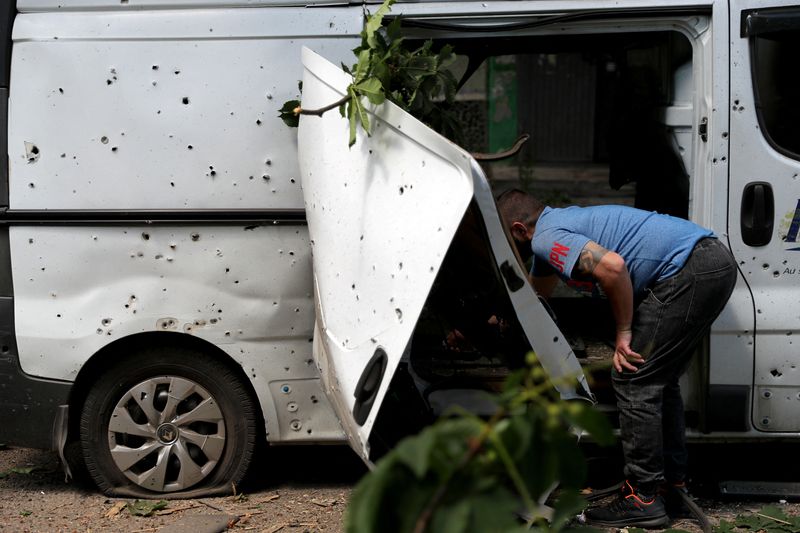 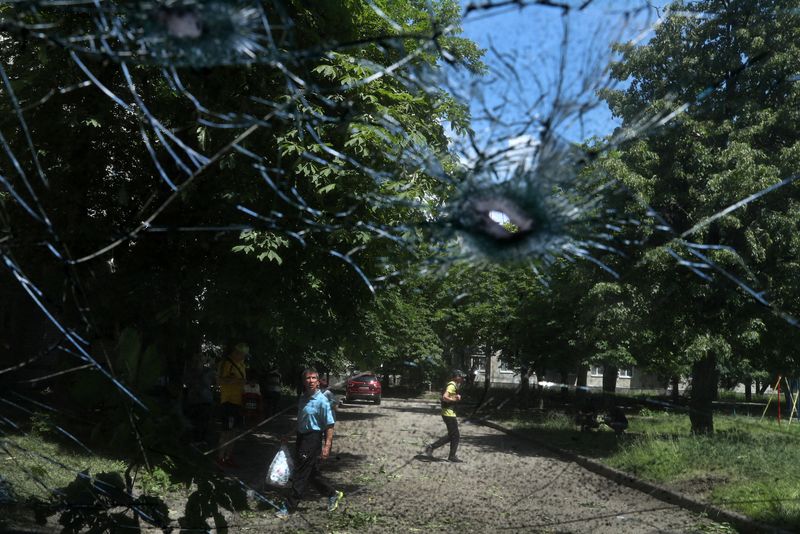 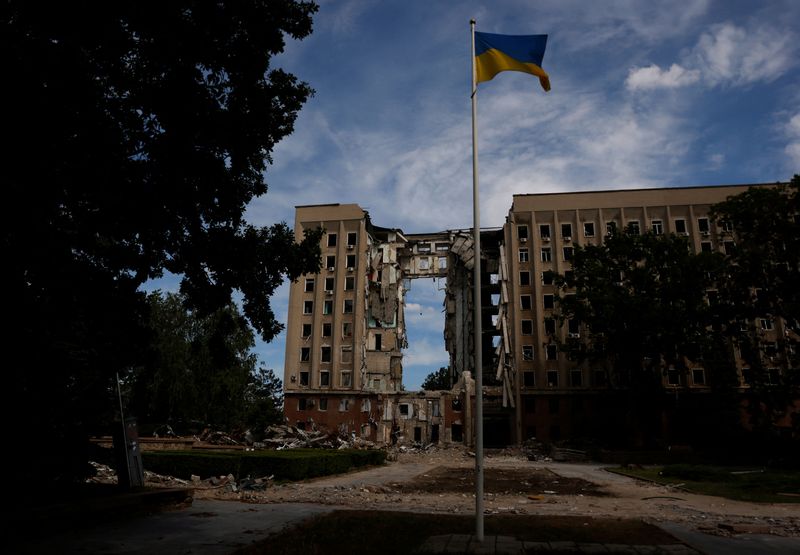 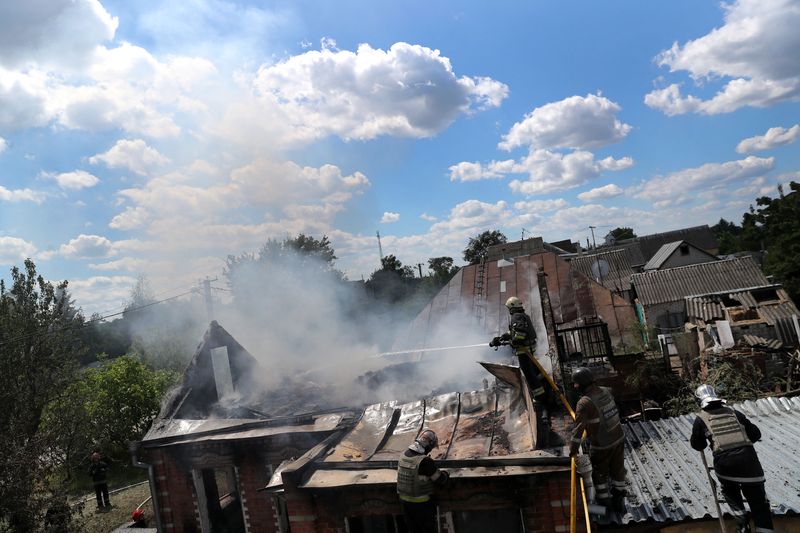 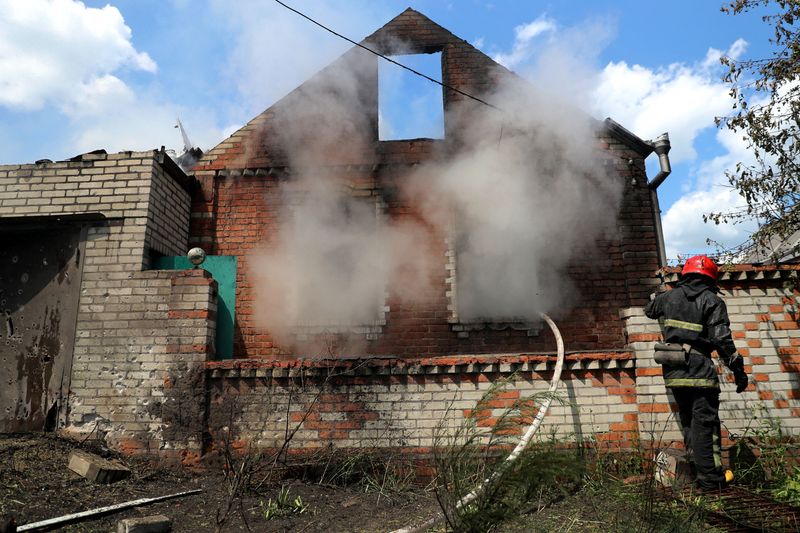 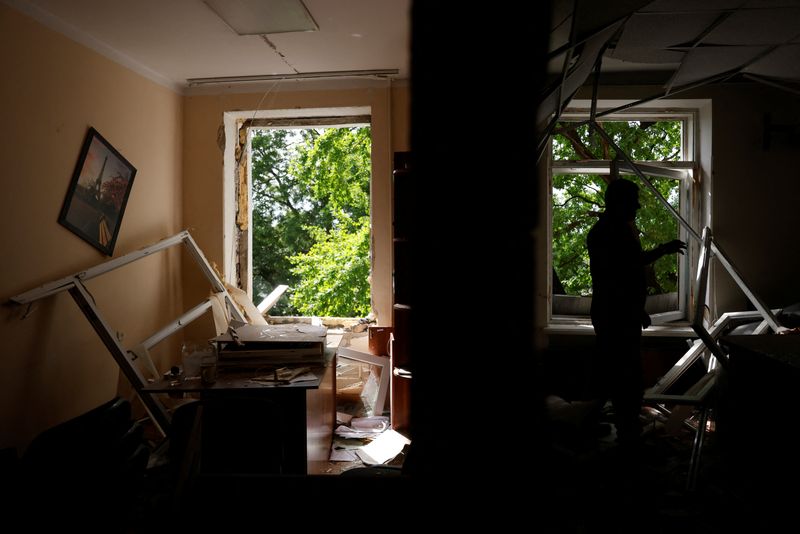 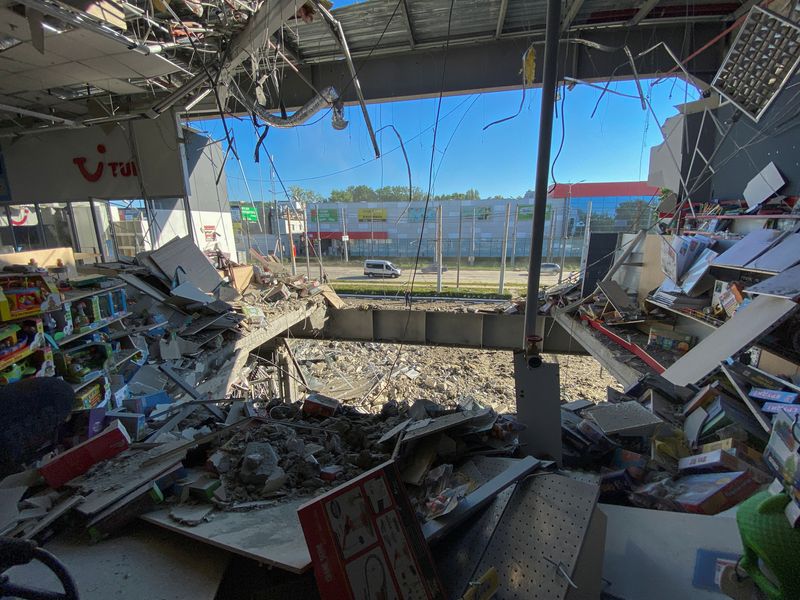 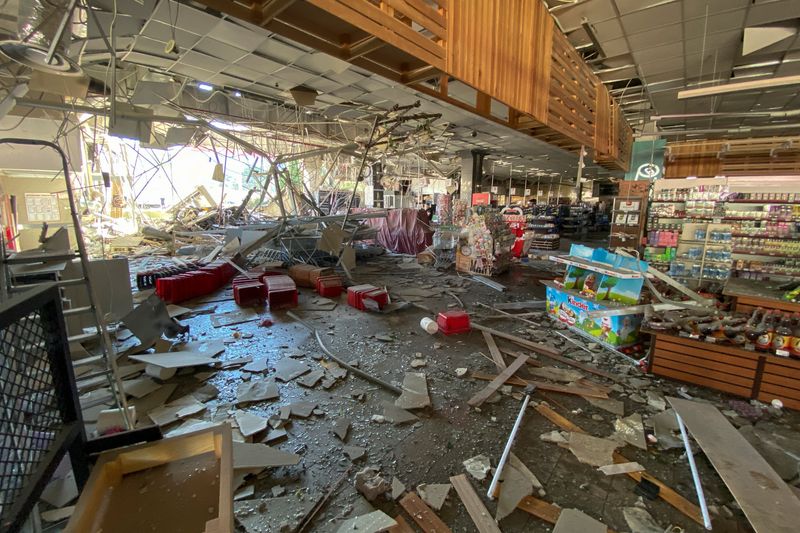 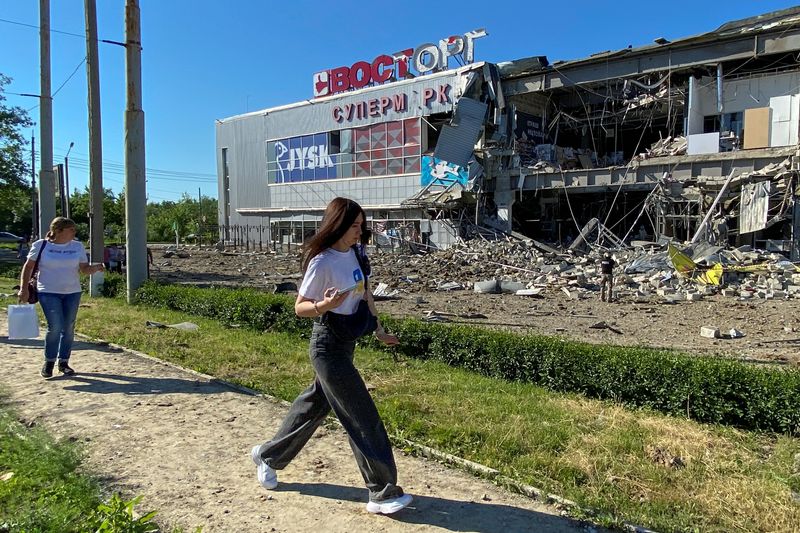