Bharara, 53, was appointed to the U.S. attorney post by Democratic President Barack Obama in 2009 and fired by Republican President Donald Trump in 2017 after refusing to resign.

He won a $1.8 billion insider-trading settlement against SAC Capital Advisors, the largest in history, which forced the hedge fund to shut down, and he forced JPMorgan Chase to pay $1.7 billion to settle charges related to its role in the Bernie Madoff Ponzi scheme.

WilmerHale, a firm with about 1,000 lawyers, said Bharara has joined its partnership in New York and will represent clients facing congressional and internal investigations, compliance and crisis management issues and other matters.

Since leaving the U.S. attorney’s post, Bharara has served as a scholar-in-residence at New York University’s law school and hosted a weekly podcast. WilmerHale said he plans to keep podcasting and will remain creative director of the podcast company Cafe, which was acquired by Vox Media last year.

“I believe bringing my combination of experiences, skills and knowledge to WilmerHale will give clients facing the most difficult challenges the greatest chance for success,” Bharara said in a news release issued by the firm. A firm spokesperson said Bharara was unavailable for an interview.

(Reporting by Jacqueline Thomsen in New York; Editing by Will Dunham and David Bario) 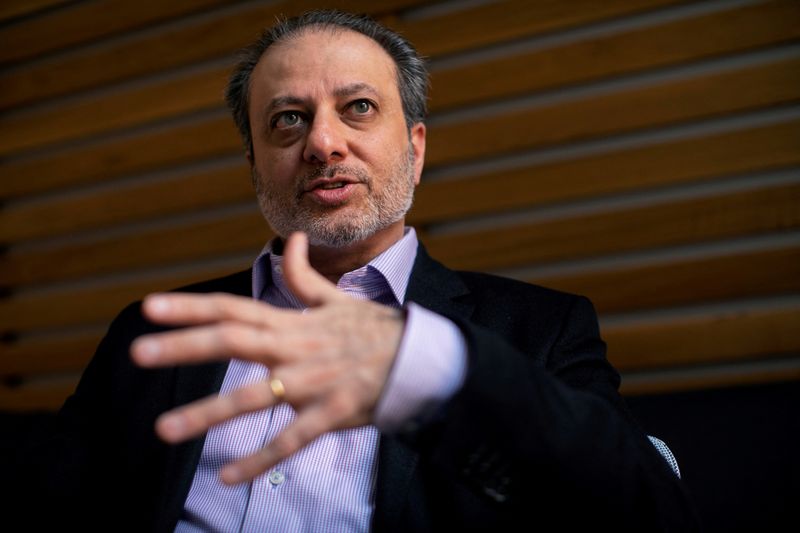 Reelin’ in the year: Powell’s pivot, Fed unity, and the war on inflation