EAST LONDON, South Africa – South African teenager Sinenjongo Phuthumani had only discovered the joys of drinking in nightclubs with her friends after graduating from school last year.

That new passion ended in horror when the 19-year-old watched friends and other partygoers collapse and die on the floor of an east coast tavern in a weekend tragedy that claimed 21 young lives and prompted nationwide grief.

“I have taken a decision never to go clubbing again,” said Phuthumani, as she joined other mourners for those who died at the Enyobeni tavern in Scenery Park, a township outside the city of East London.

“I’m still traumatised. I was very close to being among the dead. Everything I had promised myself in the future almost faded,” she said, casting her eyes over the overgrown patches of grass dotted with used tyres.

Forensic teams were still working to solve the mystery surrounding the deaths on Thursday, a day after mourners gathered for a vigil to mark the loss of so many children. All the victims were teenagers, the youngest a 13-year-old girl.

Authorities have suggested the teens may have consumed something that poisoned them, although a source close to the investigation on Wednesday said it was most likely chemical asphyxia from a gas leak on the tavern’s poorly-ventilated ground floor.

“The place was too crowded, and you couldn’t get out. I felt like crying,” said Phuthumani, who lives in another township 15 km (8 miles) away.

With the drink and amid the pandemonium of trying to escape, Phuthumani didn’t notice something she would only find out later: one of her best friends, Sinothando Mgangalwa, was among the dead. “It’s been really painful,” she said.

Ovayo Mkonqo, 16, who recounted with horror how she’d started to feel dizzy in the tavern as revellers collapsed around her, also lost a friend that night.

“It will take a while for me to recover from this,” she said. “All of our friends, we decided never to go to places of night entertainment again.”

Townships like Scenery Park are a legacy of white minority rule, which took the best land for whites and herded Black South Africans into confined plots usually at edge of main cities or other places in which they were needed for cheap labour.

Employment opportunities in townships are scant – nearly two-thirds of South Africa’s youth are jobless and one of the few outlets for fun is drinking and dancing in the taverns.

“People drink a lot,” said Phuthumani, who just started volunteering for a charity educating the youth against teenage pregnancy, dropping out of school and STDs – all widespread in poor, Black neighbourhoods. “It’s a sad environment.” 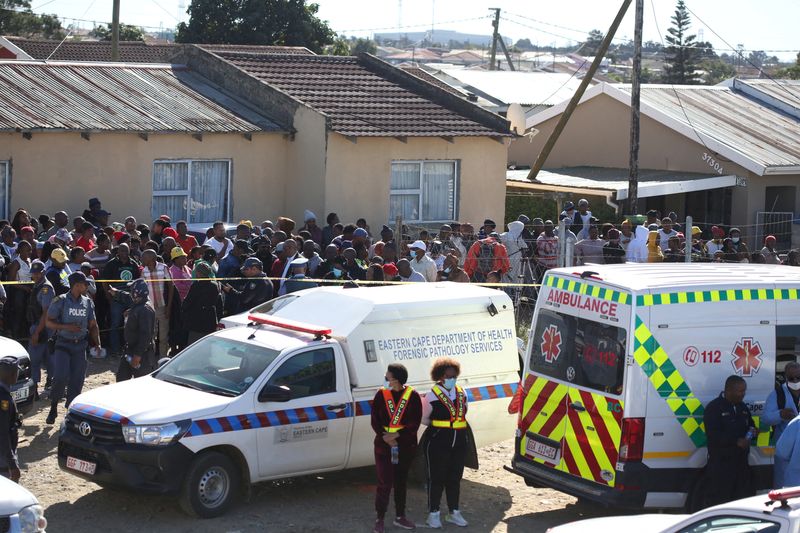