WASHINGTON – Jared Kushner, a former senior aide to then-President Donald Trump who is married to Trump’s daughter, Ivanka, wrote in a memoir to be published next month that he had a bout with thyroid cancer in 2019 that was previously undisclosed.

According to excerpts of the book seen by Reuters, Kushner wrote that White House physician Sean Conley pulled him aside on Air Force One as Trump flew to Texas to tell him his test results from Walter Reed Medical Center showed he had cancer and “we need to schedule a surgery right away.”

Kushner had the surgery right before Thanksgiving that year and managed to keep his cancer diagnosis secret despite working in a White House where news leaks were rampant. The book excerpts were first reported by The New York Times.

Unbeknownst to Kushner, Trump was aware of the cancer diagnosis: “The day before the surgery, Trump called me into the Oval Office and motioned for his team to close the door. ‘Are you nervous about the surgery?’ he asked.”

“How do you know about it?” Kushner asked him.

“I’m the president,” he said. “I know everything. I understand that you want to keep these things quiet. I like to keep things like this to myself as well. You’ll be just fine. Don’t worry about anything with work. We have everything covered here,” he quoted Trump as saying.

Kushner revealed the cancer diagnosis in his memoir, “Breaking History: A White House Memoir,” to be published on Aug. 23.

Kushner said a substantial part of his thyroid was removed during the surgery, which came during tense negotiations with China about a trade deal.

Kushner was a lead negotiator in a U.S.-brokered normalization deal between Israel and several Arab countries in 2020. He now runs the global investment firm, Affinity Partners, and has stepped away from politics for the time being. 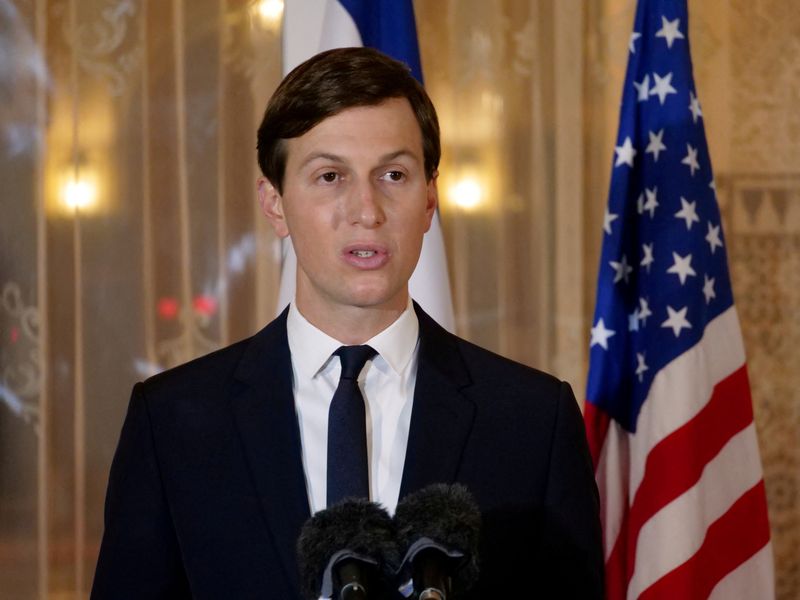