Just as investors were starting to get more confident about a soft landing for the world’s largest economy, with strong jobs growth and cooling inflation, China is playing spoilsport.

A slew of data from the second-largest economy missed market forecasts on Monday, forcing the central bank to unexpectedly cut key lending rates in a bid to shore up demand.

Hobbled by Beijing’s zero-COVID policy and a property-sector slowdown, industrial output growth missed estimates, while retail sales grew but below the 3.1% pace seen in June.

The move to lower borrowing costs failed to give any meaningful lift to Chinese stocks and dragged down broader sentiment for Asian equities.

Economists now see little chance of China achieving 5-5.5% growth in the second half.

And though recession risks are rising in U.K., this is unlikely to prevent the Bank of England from raising borrowing costs again by a bumper 50 basis points next month, a Reuters poll forecast, as inflation looks likely to push into double digits.

Inflation is centrestage in the battle to choose Britain’s next Prime Minister, as pressure mounts from the main opposition party.

A party source said the Labour Party will call for the energy price cap to be frozen this autumn, to help the public deal with another expected surge in energy bills during the worst cost-of-living crisis in decades.

On the corporate front, Scandinavian airline SAS struck a deal to raise $700 million financing as it goes through bankruptcy. 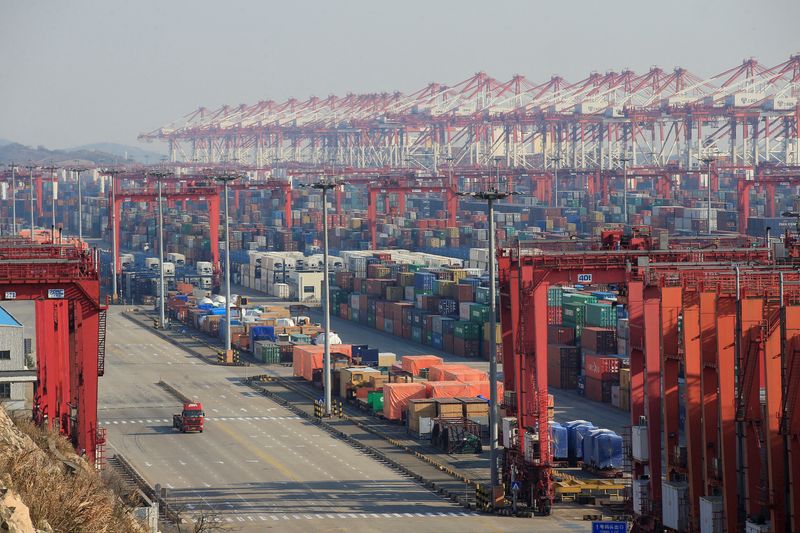