China’s stash of U.S. government debt dropped to $967.8 billion in June, the lowest since May 2010 when it held $843.7 billion. In May, the world’s second biggest economy had $980.8 billion in Treasuries, data showed. China’s hoard of U.S. debt has seen multiple 12-year lows the last few months.

“A further decline in China’s U.S. Treasury holdings looks likely as geopolitical spheres of influence sharpen after Russia’s invasion of Ukraine and the seizure of Russian FX reserves.

Since hitting a roughly 20-month high in mid-May, the U.S. dollar has been largely stable against the Chinese yuan, sliding about 1%. The dollar was last up 0.5% at 6.7755 yuan.

There is an added wrinkle between U.S.-China relations involving Taiwan, a self-governed island China claims as its own, but that is not reflected just yet in the data, which covers the June numbers. In early August, U.S. House of Representatives Speaker Nancy visited Taiwan, the highest level U.S. official to visit the territory in 25 years, prompting China’s outrage.

China later announced it was halting dialogue with the United States in a number of areas, including between theater-level military commanders and on climate change, in a furor over Pelosi’s visit.

Overall, foreign holdings of Treasuries rose to $7.430 trillion in June from a revised $7.426 trillion in May.

The inflows were generally in line with price action in the Treasuries market. The benchmark 10-year Treasury yield started June at 2.9310%, and ended the month at 2.974%.

The Federal Reserve raised benchmark rates by 75 bps in June and July and is on track to hike rates again in September to tame inflation.

In other asset classes, foreigners sold U.S. equities in May for a sixth straight month amounting to $25.36 billion, from outflows of $9.15 billion in May.

The data also showed U.S. residents once again sold their holdings of long-term foreign securities, with net sales of $50.5 billion in June, from sales of $22.8 billion in May. 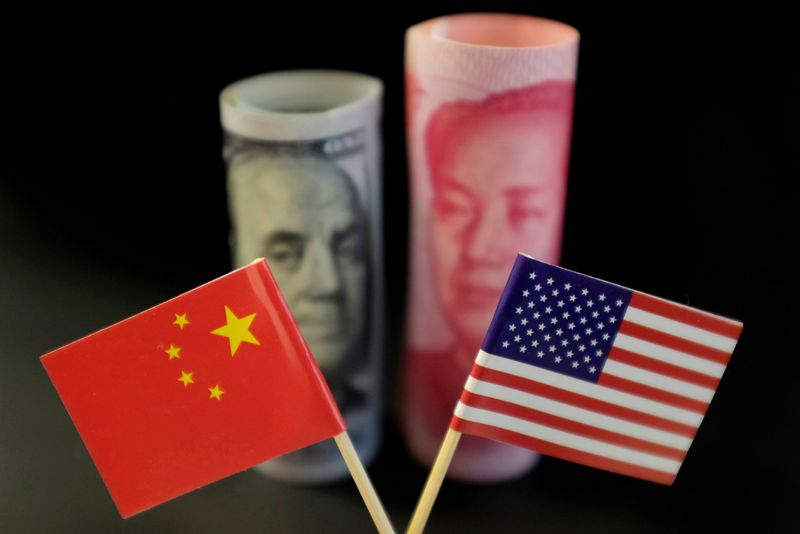